Home Gossip 14 Stars Who Saved the Lives of Ordinary People 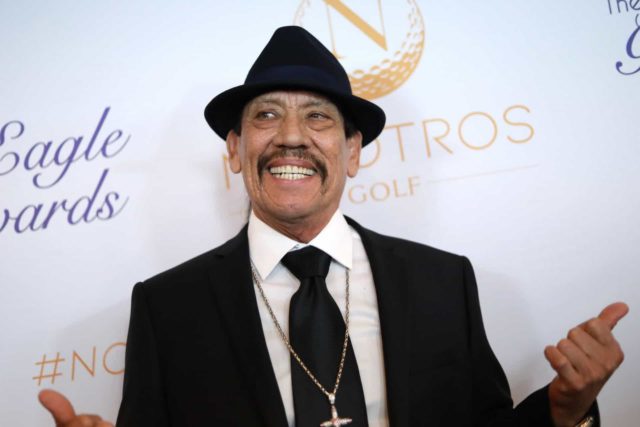 14 Stars Who Saved the Lives of Ordinary People

We are used to the fact that stars play superheroes on screens, saving humanity from imminent death. But there are celebrities who have provided emergency assistance to ordinary people in everyday life. And who knows how it would end for them, if not for the timely help of the heroes below.

They proved that the main thing is to remain humans and help each other, despite the stellar status!

The star of the films “Machete” and “From Dusk Till Dawn” witnessed a traffic accident in Los Angeles. From the collision, 2 cars rolled over, and in one of them, a child was trapped in it’s chair. With the help of other eyewitnesses to the accident, the actor managed to extract the victim from the car and save his life.

The Hollywood actress saw how the person who worked in her house became ill. He started having an attack of epilepsy. Mila called paramedics and stayed with the victim until the ambulance arrived.

In 2011, during Hurricane Irene, an American actress visited her friend Sir Richard Branson in the Caribbean. One of the lightnings struck the house, causing a fire. Winslet was not taken aback and helped Branson’s 90-year-old mother to leave the burning room.

A Hollywood actor used to be a hero not only in the movies, but also in life. In 2000, in Wyoming, he helped two people who became ill due to pressure drop in the mountains. A year later, Harrison took off his plane to find the 13-year-old boy scout who had been lost in Yellowstone National Park. And in 2017, the actor saved a woman who was injured in a car accident.

On 2012 New Year’s Eve, one of the women became ill at the entrance to a nightclub in Las Vegas. Nearby was an American actress who measured her pulse and waited for the arrival of paramedics.

At one of the parties in 2014, in front of the legendary actor, a man choked on cheese. The movie star rushed to the rescue, applying the Heimlich technique and preventing the poor fellow from suffocating.

In 2012, a famous actor walked around Hyde Park in London when he noticed that a person who was jogging became ill. Dustin immediately called an ambulance, which managed to pump out the victim.

In 2016, an American actor pulled a man out of a burning car, which saved his life. Then the driver lost control and crashed into a drainage ditch, because of which the car rolled over several times and caught fire.

The Oscar-winning actress once had to call 911 after a young woman became ill near her house. Lawrence helped her and waited for the ambulance to arrive.

The English actor was relaxing with a friend in Hawaii when he saw a woman drowning in water. She had a heart attack and if not for the timely help of her son Ozzy Osbourne, it is not known how this would end for her. The guys pumped the woman out, managing to reanimate her before the doctors arrived.

The Hollywood actor was actively involved in helping people affected by the 2010 earthquake in Haiti. He created several fundraising organizations and literally lived among those whom he assisted.

During a polo game, which was attended by the heir to the British throne, one of the participants collided with other players, fell off his horse and lost consciousness. Prince Harry quickly remembered several of the skills he had gained in the army and successfully reanimated the guy.

In 1996, the famous actor witnessed how a car hit a man and disappeared from the crime scene. Cruz was unable to remember the car plates nmber, but he helped the victim, by giving him a thousand dollars check, much needed money for the hospital bill.

In 2009, an American actress called the police after one of the fans sent her a message on Twitter with the intention of committing suicide. Arriving police officers managed to find out the address of the girl and in time to hand her over to doctors.

Do you like the article? Share it with your friends on social networks and come to us again!