Home Spirit 9 Signs That You May Have Had Past Lives 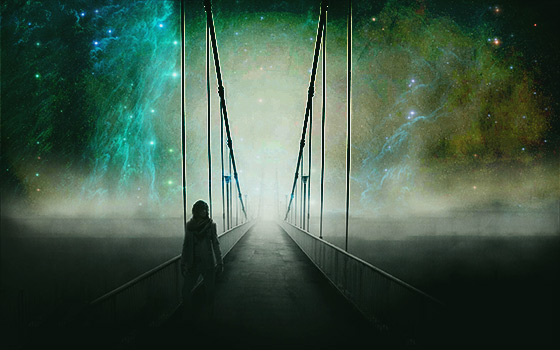 9 Signs That You May Have Had Past Lives

The idea that people are born and reborn ― that we all have had past lives ― dates back at least 3,000 years. Discussions of the subject can be found in the ancient traditions of India, Greece, and the Celtic Druids, and reincarnation is a common theme among New Age philosophies.

Those who believe in reincarnation say clues about our past lives can be found in our dreams, on our bodies, and in our souls.

The following psychological, emotional, and physical phenomena all may hold hints of who we once were. Most of us have experienced the sudden, surprising feeling that an event we are going through at the moment has happened exactly this way before. Psychologist Arthur Funkhouser of the C.G. Jung Institute has broken down this phenomenon into three categories:

While scientists and psychiatrists insist there are neurological explanations for these phenomena, others believe these strange feelings could be vague, fleeting memories of past lives.

A girl has “memories” of childhood events that her parents know never really happened. Are these memories a child’s fantasy? Or is she remembering something that happened to her before she was born into this lifetime?

Human memory is fraught with error and incongruities. So the question is: Is it faulty memory or a remembrance of lives past? When analyzing these memories, look for details like addresses or landmarks that you can research in your waking hours. Such real-world clues can lead to past-life enlightenment.

Memories of past lives can also manifest themselves as recurring dreams and nightmares, believers say. Dreams of mundane or ordinary life activities may suggest a specific locale you inhabited during a past life. People who appear regularly in your dreams, likewise, may have had a special relationship with you in another life. Likewise, nightmares may be reflections of past-life traumas that have clung to our spirits and haunt our sleep.

Fear of such things as spiders, snakes, and heights seem to be built into the human psyche as part of our evolved survival instinct. Many people suffer from phobias that are completely irrational, however. Fear of water, birds, numbers, mirrors, plants, specific colors… the list goes on and on. For those who believe in past lives, these fears may be carried over from a previous lifetime. A fear of water may indicate past-life trauma, for example. Perhaps you met your end by drowning in another manifestation.

You probably know a person who was born and raised in the United States but is an ardent Anglophile or someone who can think of little else but getting dressed up and acting the part for the next Renaissance fair.

Some of these interests may be simply historical. But they can also suggest a past life lived in a far-off land. These interests can be explored further through travel, language, literature, and scholarly research.

As with cultural affinities, strong passions can be evidence of a past life. To clarify, this is not a simple hobby-level interest in gardening or photography, for example. Nearly everyone has these sorts of passions. To rise to the level of reincarnation, these interests have to be so strong as to be almost irresistible. Think of the woodworker who spends long hours in the shop every day or the map collector driven to find every last map of one single place. These types of behaviors can be evidence of lives lived long ago.

The dark side of passions are those uncontrolled habits and obsessions that take over people’s lives and can even marginalize them in society.

Obsessive-compulsives and hoarders fit into this category — a man who has to turn the light switch off and on 10 times before he leaves a room, a woman who collects newspapers into 6-foot-high stacks throughout her house because she cannot bear to get rid of them. Psychological explanations can be found for these uncontrolled habits, yet those who believe in reincarnation say they might have roots in past lives.

Do you have aches and pains that the doctors cannot quite pinpoint or explain medically? You might be labeled a hypochondriac. Or those sensations may be manifestations of suffering you endured in a previous existence.

Birthmarks have been touted as evidence for reincarnation. One frequently cited case was studied in the 1960s by a University of Virginia psychiatrist named Ian Stevenson. An Indian boy claimed to remember the life of a man named Maha Ram, who was killed with a shotgun fired at close range. This boy had an array of birthmarks in the center of his chest that looked like they could possibly correspond to a shotgun blast. Stevenson proved there was a man named Maha Ram who was killed by a shotgun blast to the chest. An autopsy report recorded the man’s chest wounds, which corresponded directly with the boy’s birthmarks. Some would argue this was mere coincidence, but for believers, it was proof of reincarnation.

There are proven medical, psychological, and societal explanations for each of the phenomena above, and your experience with any of them does not necessarily mean that they can be attributed to a past life.

But for those who believe in reincarnation, these experiences may be more significant.