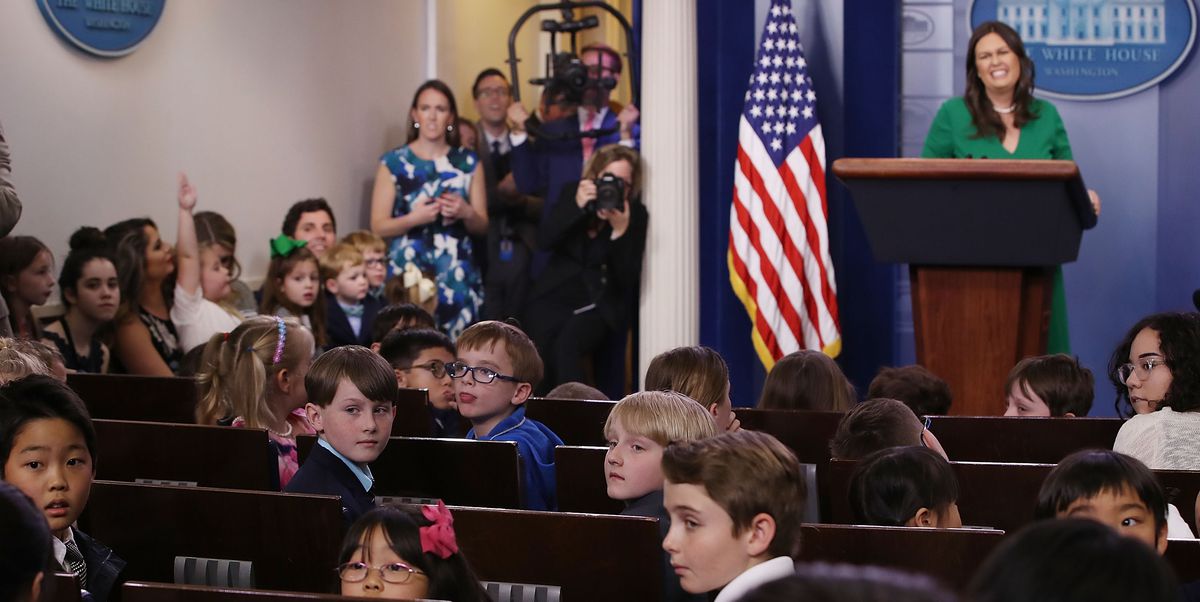 Happy “Take Your Kid to Work” Day! Unless you’re White House press secretary Sarah Huckabee Sanders, in which case, you might be wishing all the kiddos stayed at home.

Sanders gave a very G-rated response, saying that Comey “did some things that weren’t really very nice, so that’s why the president let him go.”

While technically Trump would probably agree with the statement, his Twitter (which is not very kid-friendly) provides a bit more explanation:

James Comey is a proven LEAKER & LIAR. Virtually everyone in Washington thought he should be fired for the terrible job he did-until he was, in fact, fired. He leaked CLASSIFIED information, for which he should be prosecuted. He lied to Congress under OATH. He is a weak and…..

….untruthful slime ball who was, as time has proven, a terrible Director of the FBI. His handling of the Crooked Hillary Clinton case, and the events surrounding it, will go down as one of the worst “botch jobs” of history. It was my great honor to fire James Comey!

Slippery James Comey, a man who always ends up badly and out of whack (he is not smart!), will go down as the WORST FBI Director in history, by far!

Trump fired Comey in May 2017, and at the time, he cited recommendations by Deputy Attorney General Rod Rosenstein and Attorney General Jeff Sessions. Comey has now released a book titled A Higher Loyalty: Truth, Lies, and Leadership, which includes some insight into his relationship with the President.