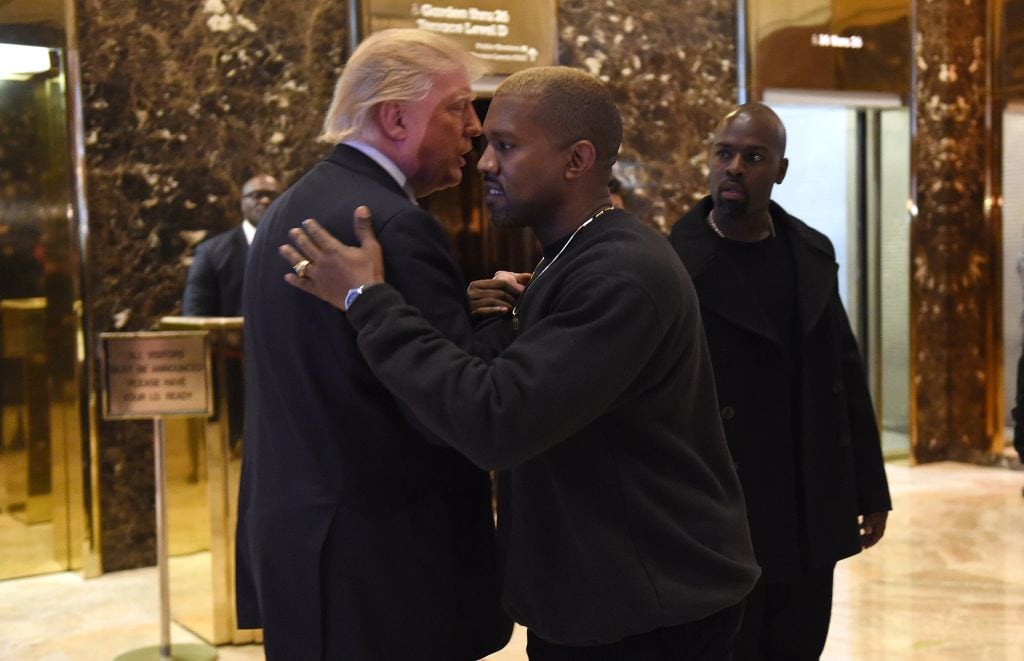 … as explained in his recent interview with Jimmy Kimmel

Speaking about Kim Kardashian’s recent visit to the White House to propose clemency for a 63-year-old woman jailed for drug possession, Kimmel asked West, “Were you ever concerned about her being alone in the oval office with President Trump?”

West immediately laughs, and then says, with a big smile, “Well, he is a player.”

Equating predatory behaviour with being a “player” is inherently dangerous, because for one, it implies that there’s a certain cool factor in being aggressive (and even abusive) with women. It suggests that men who have an ease around or popularity with women are the same as men who prey on and take advantage of women. It dismisses the seriousness of sexual assault by likening it to something, you know, a guy with game would just do. It perpetuates the idea that a “player” can do anything, even grab women “by the p***y.” This is how the culture of toxic masculinity takes root and spreads, and I guess it comes as no surprise when, at another point in the interview, he says that having daughters hasn’t changed his attitude towards women. Unfortunately, it won’t change the way his son thinks about them either.

You can watch the full interview below. For his remarks on Kardashian’s visit with Trump, scroll to the 2:45 mark.

READ MORE I Can’t Stop Staring at This Photo of Trump Walking Macron Like a Puppy / Elle.com

John Oliver Is Back With A VERY Important Point About Trump!