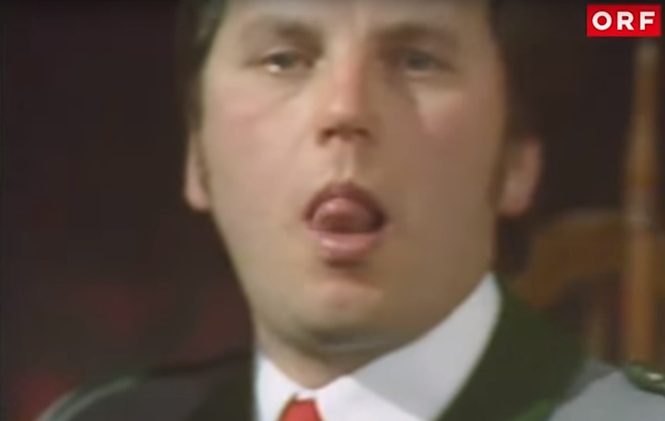 On March 15, 2018, a video of mysterious oigin appeared on YouTube. It lasts only 32 seconds, but stigmatises your memory for many hours or even many years for all those easily impressed.

We are talking about the ‘infamous’ male Tyrolean Choir, the holders of the master  tongue technique!

The video clearly came from the late 1970’s or at the most, the 1980’s. It is signed as A Gaudi muss sein, that is, as helpful as the Google translator can be, “Gaudi must be”, which, as I believe means “Presumably Gaudi”.

Seriously, it belongs to the ‘important’ videos playlist!