Home Music E-Force is Using His Dark Vision of Hardstyle to Conquer the World – EDM.com 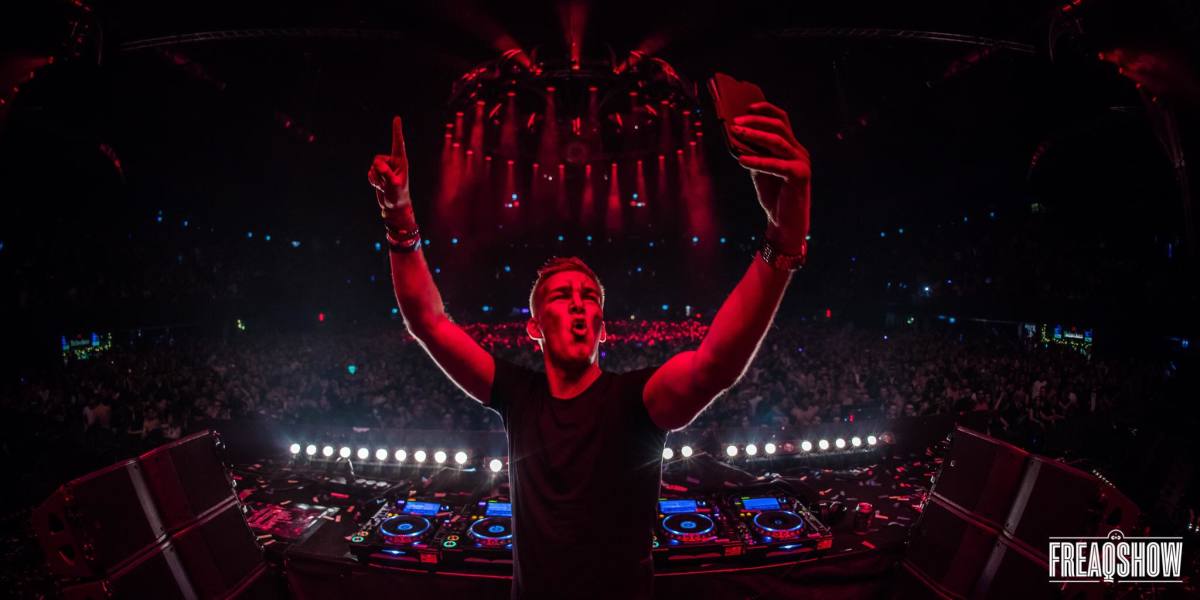 E-Force is Using His Dark Vision of Hardstyle to Conquer the World – EDM.com

Raw Hardstyle superstar E-Force’s new album has changed the game, and brings a new taste of what Raw means to the Hardstyle world.

The Edge of Insanity has been met with critical acclaim from fans of the genre. Kicks full of frequencies, atmospheric elements, and distorted leads are the name of the game here. Hardstyle music is intense, and this is the experience that E-Force provides.

Raw Hardstyle is a genre of music that E-Force is a pioneer of. It is separated from Hardstyle in the sense that it is a lot darker, and that the kicks are much more aggressive. Melodies are often dissonant and eerie, giving a very movie-like feel to the genre. In 2014, E-Force’s “Seven” was named the top Hardstyle track in the Q-dance Top 100, the Hard Music world’s most prestigious award. This was the first time a Raw Hardstyle track received the award.

Since then, Raw Hardstyle has evolved significantly. Producers have spent countless hours improving their kicks to make sure they hit harder than anything they’ve produced before. If you compare the quality in 2014 to the music being put out today, the difference is like night and day. E-Force has been on the forefront of this evolution of style since the beginning.

We spoke to E-Force about how his last year went, and what his plans for the future are. Check out our interview with him here:

EDM.com: First off, let’s talk about the Globalization of Hard Music.

What are your thoughts about how Hard Music has spread around the world?

E-Force: The globalization of Hard Dance is definitely a good thing. In Holland, it’s already a huge thing of course, but it has reached its limits here. To let the scene grow it has to happen more outside of Holland.

Hardstyle has always been an underground/niche subgenre, and personally, I don’t think it’s a bad thing that it’s going more international now

What is your vision for the American Hard Music scene?

E-Force: The American Hard Dance scene is still new for me, to be honest. as I’m going to do my first American gig very soon. I’ve heard some great stories from my colleagues about the events and the dedication of the fans. I’m really looking forward to my first gig!

What do you do to stand out from the rest of the scene?

E-Force: I’m always trying to bring something new, but with the key elements which E-Force stands for. Kicks, screeches, and a lot of energy in my tracks. These elements combined with elements from other genres is, I think, one of the areas where I stand out the most.

How did this all this lead up to the album?

E-Force: I always wanted to do an album, but I was waiting for the right time. About a year and a half ago, I was feeling such a good vibe in the studio, and also personally, I was feeling really good, so at that moment I sat down with my management and we made a plan for the album. I’ve tried to bring all my roots back in all tracks on the album, which turned out pretty good I think.

What were your personal highlights of 2017?

E-Force: Definitely my whole album campaign, I really enjoyed that. We also did an event with Matrixx; Xxlerator RAW to present the album which was a HUGE success! It’s great to have your own event with 3k+ of your own fans.

Lastly, what’s the plan for this year? How is E-Force going to take over the world?

E-Force: So, 2018 will be the year I’m going to make my USA debut, which I’m really looking forward to. I’ve a lot of international gigs coming up. Especially this past year I’ve noticed significant growth in international gigs, so I’m happy that I’m able to share my music with a bigger international crowd. At this moment I’m working on a LOT of new stuff in the studio which will be released soon. I want to focus on releasing quality solo tracks now, and maybe look into doing another album, but I’m not sure about that yet, but who knows! 🙂