Home Style Everything That Upset the Internet This Week 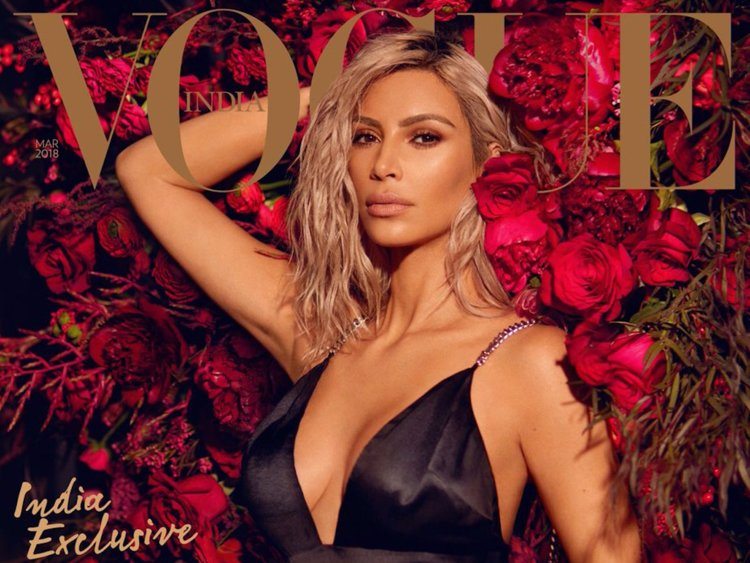 Everything That Upset the Internet This Week

What is the web-o-sphere angry about right now? A Kardashian cover, a dog clone, a make-believe model and menstrual cramps. If these are the causes you plan on championing over the weekend, here’s everything you need to know.

Kim Kardashian poses on the cover of Vogue India

THE STORY: Kim Kardashian is on the cover of Vogue India‘s March issue.

RIGHTEOUSNESS OF THE RAGE: We see this backlash occur again and again when Western models and celebrities appear on the covers of international magazines. For example, when Gigi and Bella Hadid appeared on separate covers of Vogue Arabia, or when Kendall Jenner appeared on the cover of Vogue India’s May 2017 issue. At the time of the controversy, the magazine released a statement on Instagram defending their cover, which states: “In the last 10 years, Vogue India has had only 12 international covers, including Kendall Jenner, in 2017. Therefore, statistically, 90 per cent [sic] of our covers are Indian! And we are proud of that. India has given the world so many beautiful faces to admire. We are Vogue, an international brand, and we want to give the love back by featuring some of the best international celebrities on over covers. Occasionally!”

There are plenty of reasons why an international magazine would want an international star on their cover. These are, after all, the most influential social media figures in the world. But it’s also easy to see why this over-documentation makes people frustrated: we see these same faces again and again and again, when we know their are equally deserving people who could take their place.

THE STORY: In a recent cover story interview with Variety, Barbara Streisand revealed that she had her 14-year-old Coton de Tulear, Samantha, cloned before her death. Twice. The 75-year-old star’s two new dogs, Miss Scarlet and Miss Violet, are genetic clones of her beloved Samantha, who passed away in 2017.

“She was always with me,” Streisand said of her dear pooch in an interview with the Associated Press. “The last 14 years she went everywhere I went. She was at every performance. It was like losing a child. It was kind of awful.”

RIGHTEOUSNESS OF THE RAGE: Sure, the clones are expensive and she could have given the $100,000 to a charity. And sure, she could have adopted a stray from a shelter instead. But come on Internet, these are not the upsetting takeaways from this tragic story! Barbara Streisand, a 75-year-old woman, was refusing to let go of her aging pup. She couldn’t come to terms with the fact that a dog’s life will someday end, and that nothing — not even a genetic clone — can replace what is gone. What’s even worse, is that Streisand now hints that the scientific experiment may have been a mistake. The new dogs might look like Samantha, but don’t behave like her. “I’m waiting for them to get older,” she told Variety, “so I can see if they have her brown eyes and her seriousness.”

That said, I would totally clone my dog if I had $390 million.

But Shudu Gram is unlike any other stunning model on social media — because she’s not real. She’s a digital manipulation created by British photographer Cameron-James Wilson, who has spent ten years working in the fashion industry. “I was learning how to create 3D imagery for graphic novels and animations and I had the opportunity to create a model however I wanted,” Cameron told Metro, “So I created the most beautiful woman I could.”

RIGHTEOUSNESS OF THE RAGE: This isn’t just one man’s art project. As cool as this technology is, it is incredibly problematic that a Black woman — who was digitally created by a white man — is taking modelling gigs from real Black models. Black women remain underrepresented in the fashion and beauty industries, and the progress that’s being made to equal the playing field should not be an “art project.”

THE STORY: A recent article from Marie Claire has gone viral for it’s quote from John Guillebaud, a professor of reproductive health at University College London, on period pain. In 2016, Dr. Guilldebaud told Quartz that patients have described the cramping pain as “almost as bad as having a heart attack.” According to the article, about 1 in 5 women have dysmenorrhea, or painful periods.

RIGHTEOUSNESS OF THE RAGE: I didn’t need a male scientist to tell me how much my menstrual cramps hurt — but seeing women on the Internet share their experiences makes my abdomen hurt a little less.