Home Health First Lady on the ‘Moon’: Amanda Chantal Bacon on Creating the Product She Was Searching For 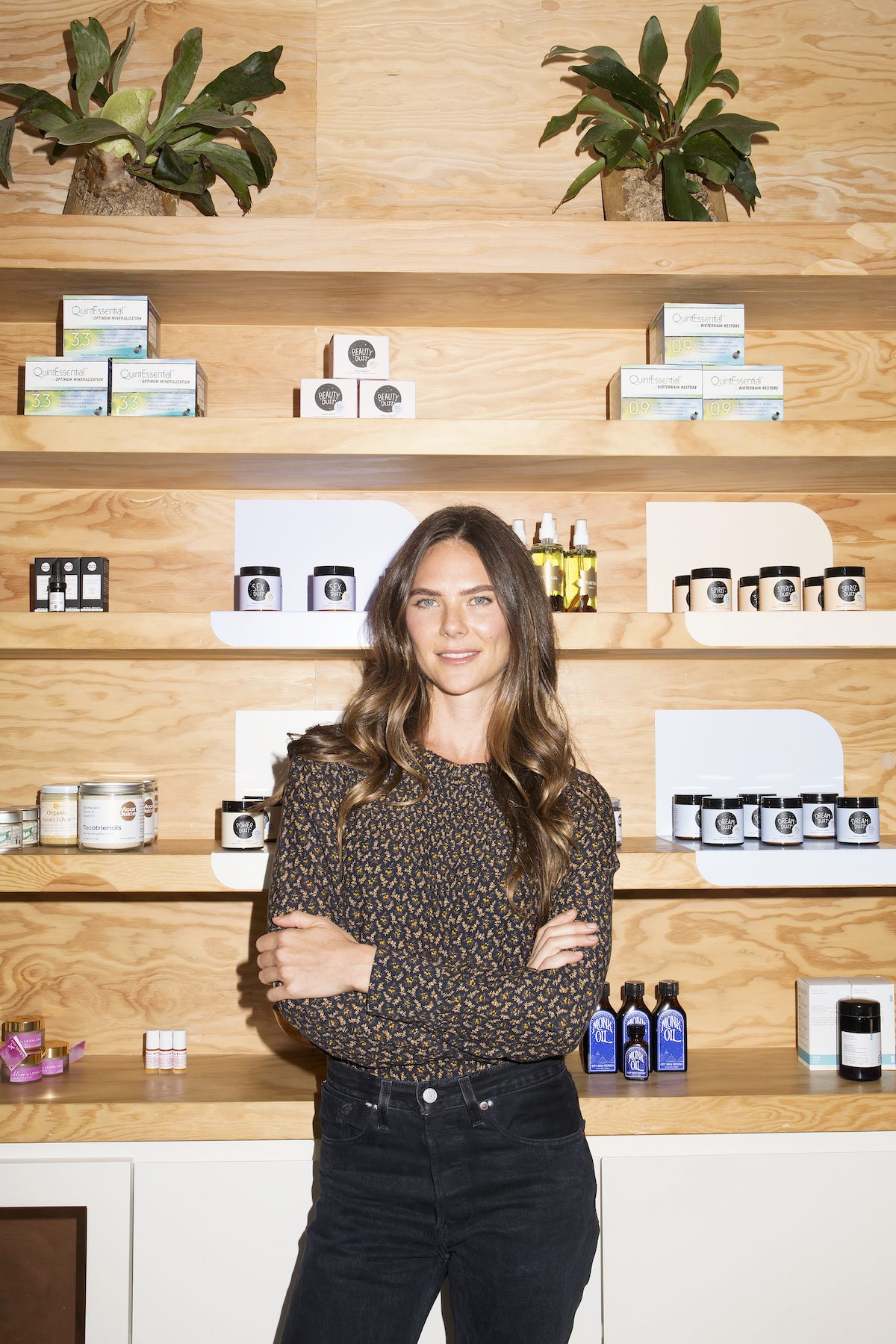 First Lady on the ‘Moon’: Amanda Chantal Bacon on Creating the Product She Was Searching For

None of us enjoy being sold expensive product with seemingly indecipherable words and “new” and “hot” herbs without an explanation as to why.

That is why, when I entered the Moon Juice website, I was relieved and interested to read the story of founder Amanda Chantal Bacon. Bacon struggled with poor health and symptoms of hypothyroidism for years, and began doing her own research. That research led to use of adaptogens, the new “power” supplement on the market for women, which many have found to lead to hormonal balance and adrenal health.

The rise of awareness around endometriosis, polycystic ovarian syndrome, adrenal stress and thyroid disorders has been met with a new wave of women tired of being told to take a pill and go on a diet. There has to be more to holistic care, and Bacon was one of the first in this particular market of business. Moon Juice is thriving and growing as a company, and I was so excited to chat with the woman behind the movement. 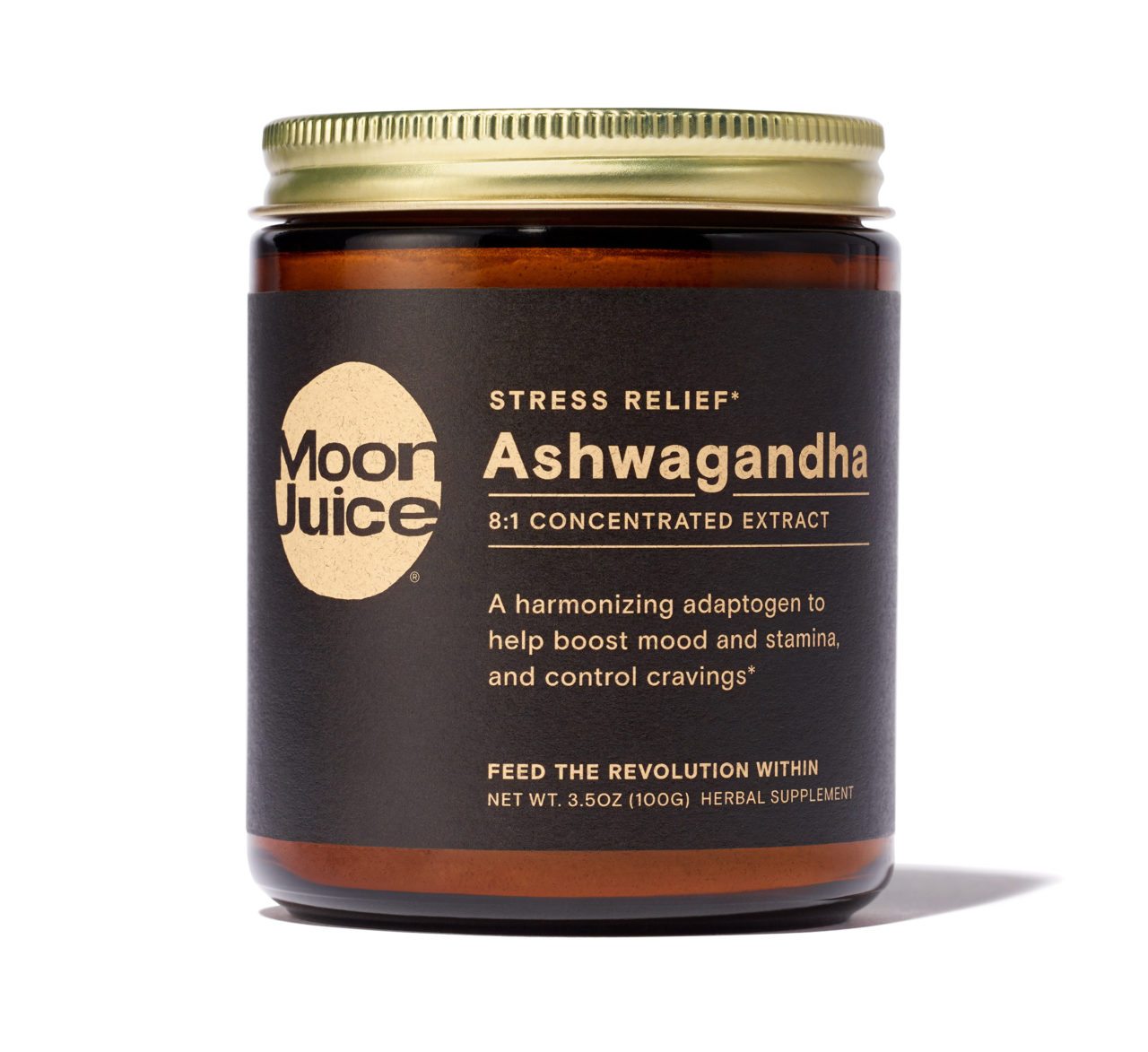 Teresa Miller Archer: Ok firstly, what are adaptogens, and what is your story in finding them?

Amanda Chantal Bacon: I think adaptogens are now really coming into popular consciousness and people are starting to have their own experiences with these super-herbs and super-mushrooms. They are non-stimulating, non-addictive and really balancing herbs that will help your body find its own homeostasis. I had all of these hypothyroidism symptoms, that became so severe that at a young age I was not menstruating regularly and at a certain point, I just simply was not. Other things I was dealing with was being so physically exhausted, that there would be points in the afternoon when I felt like I couldn’t stay awake, I couldn’t keep my eyes open, I couldn’t think straight; which makes it really hard to have a job, to have a life.

At this point I was in my early 20’s, and I should’ve been at the height of my energy, health, vitality and fertility. My hair and my skin started to change and my weight would fluctuate so much, and it had nothing to do with diet or exercise, but spontaneously my clothes wouldn’t fit and it would all happen within 7-10 days. So, I definitely knew there was something wrong. I went to endocrinologists and I saw general practitioners, and this was in my late teens, and I was told that I had hypothyroidism and that I should take a synthetic pill that would replace the thyroid hormones that I wasn’t producing enough of, and everything would be fine.

So, I did actually try it for a short period of time in my late teens, and it didn’t fully work. I felt a bit odd, but more than anything, that was what really fired me up to find out what was at the heart of this and what was happening in my early teens that was so severe that it affected my mood, my energy, the way I looked and having a cycle or not. That’s when I really dove deeply into the endocrine system, what affects the endocrine system.

TMA: I know something about the endocrine system, and it’s so disruptive when you try to rebalance it. To feel so out of body in your body.

ACB: There is no magic answer – you won’t get that from a synthetic drug, you won’t get that from an allopathic doctor and there’s no surgery. It really does require you to get deeper into your body, and deeply consider how all things affect you. Disruptions with the endocrine system come from stress. Stress is not just an emotional thing – it’s temperature change, it’s loud noises, fumes, toxins in our foods or beauty products, all of these things accumulate in our system as stressors. I think by so many, especially women, having endocrine issues is going to force all of us, in a way, for our politics and our offices to really stop, look and see. When you have a systemic issue, something isn’t working, and we need to reconsider everything; and that’s what an endocrine issue and autoimmune issue does in a very similar way.

It was using these adaptogens that made a huge difference in my life. For example, taking a tablespoon of maca alone in a smoothie that I usually make with protein, a frozen banana, and some cacao powder, within weeks I had my cycle again. I had enough energy to get up and move around by eating lots and lots of seaweed, and feeding my thyroid iodine; that helped and not only did I feel better, but I also have blood tests that showed I was in a normal range of thyroid function at that point from just maca and seaweed.

This is not to say, “Oh just have some maca and seaweed and your life would be better,” because that also wasn’t my story; but it was my story enough that it changed levels, and by not having wheat and cutting down on grains, cutting out white sugar, cutting out alcohol – taking some of these things out, plugging in some simple things – I figured out how to make it taste delicious and looked forward to taking them. [That] drastically changed my life; that was really the birth of Moon Juice. 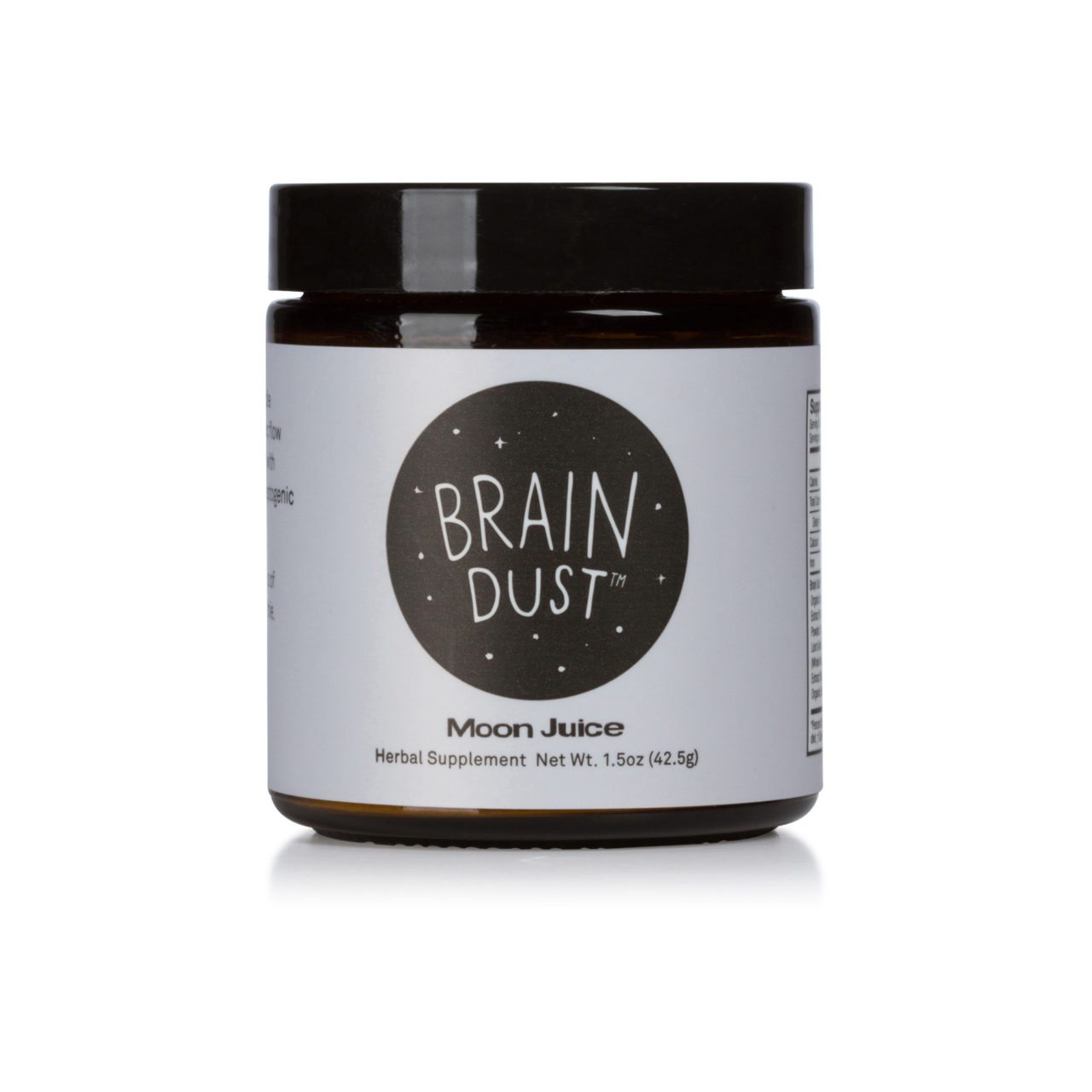 TMA: A recent issue of Harvard Business Review focused on disruptive companies that come in and say, “There’s literally nothing happening here, I’m going to create a product that fits in this hole.” When you founded Moon Juice, were you thinking business strategy, primarily in terms of, “hey, this isn’t on the market” or was it more mission-driven for you to get a message out?

ACB: I never went to university, I don’t have a degree in anything, I didn’t know what marketing meant until very recently; there’s never been marketing behind Moon Juice until the last few months. It was really born out of excitement. All I wanted to do was talk about it, and make my friends shakes with super-foods in it. I just wanted to put my life’s force and energy behind simple and delicious ways that could actually change your life.

That was eight years ago, so the world has changed. I’m just beginning to reflect upon who and where I was when I first started Moon Juice, and where the world was and where everyone else was. But also looking at my personal story, almost 10 years later I look at myself and think, “Wow, I’m a mom, a founder and CEO of a company that is actually a legitimate company in the world, and have larger companies and people that speculate on business describe us as productive in the marketplace.” Until now, none of this was ever something I gave much thought, it was really just the heartfelt passion project that I worked really hard at; I worked seven days a week and gave it my all.

I just wanted to put my life’s force and energy behind simple and delicious ways that could actually change your life.

TMA: It’s interesting because I know there’s a spotlight on a lot of women, or there certainly seems to be a lot of scrutiny. Perhaps, fairly so for so many women starting businesses; especially given what is now turned lifestyle advice. Do you struggle to walk the line between sounding like a specialist and sounding like an enthusiast? What do you do to continually grow in that area so that you can bring full-transparency to what you’re doing?

ACB: I’m still on the journey of learning more and more about myself, plants, medicine and science. The nice thing is as the platform grows and as the business grows, it gives me more of an opportunity to talk to doctors and specialists and herbalists that I wouldn’t have had the opportunity to speak to before. I mean, I’m not going out and saying, “Hey guys, I’ve got all these degrees and I know how to fix all of you.” It’s, “I’m not a doctor. I have zero degrees, but what I do have [are] these experiences with these plants.”

The nice thing about growing this company is that I’ve put so much behind safety and efficacy. As somebody who actually does rely on these plants for their wellbeing, to not come from the supplement industry [means that] I’m really coming from a place of sourcing each plant with the excitement and the attention that a consumer has. Obviously, I’m a very educated consumer, but I think that’s also a way I drive my business. At the end of the day, I’m still creating a product that I want, and I want the best, and I’ve tried everything out there. 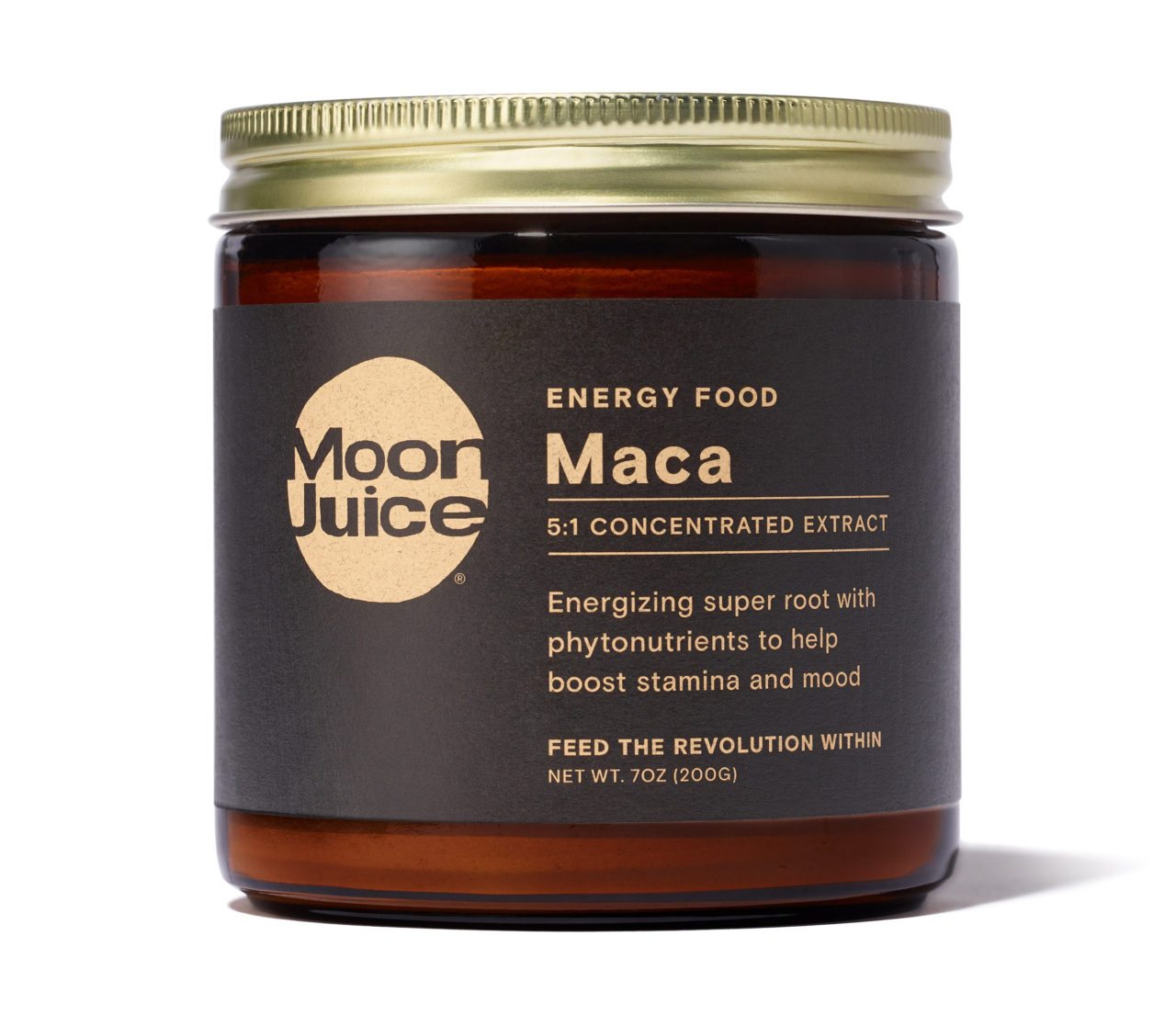 TMA: Where you could put a spotlight on another woman or another industry that you’re currently excited about?

I find, for the most part, every single 23-year-old and under that I have encountered has been so smart, sharp, passionate about the right things, and really well-equipped to go out there and be heard. There is a passion and an energy that is so much more sophisticated than what I remember and what I’ve seen. The young women that I’ve spoken to, their goals and self-worth so far transcends beauty trends and what’s being projected unto them or what’s being expected of them. Perhaps it’s happening with young men too, but I haven’t had the opportunity to spend as much time with them. I have a six-and-half year old son, and it has actually made me want to have a bunch of daughters now. The women that are coming through now are just really the next level.