Home Furilia How Long Until We Protect Children, Not Guns?!/Momsrising 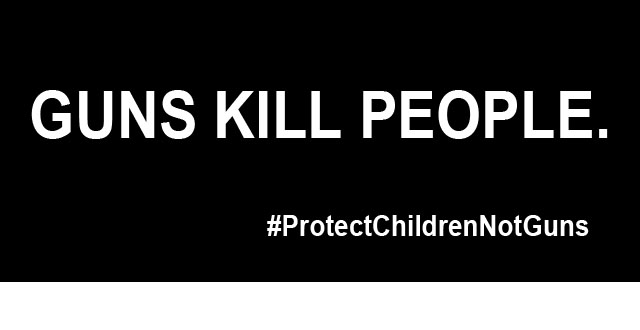 How Long Until We Protect Children, Not Guns?!/Momsrising

–Text message sent from a student at Marjory Stoneman Douglas High School in Parkland, Florida to her mother

December 2017 marked the fifth anniversary of the indescribably horrible mass shooting at Sandy Hook Elementary School when 20 young children and 6 teachers were brutally murdered by a 20-year-old with a gun he should never have possessed. As our nation was grieving, I wrote that this terrible tragedy in Newtown, Connecticut was no fluke but a result of the senseless, immoral and indefensible neglect of all of us in our nation to protect children instead of guns and to speak out against the pervasive culture of violence and the insane proliferation of guns by the millions that have no business in civilian hands. I truly believed at the time that these shocking and horrific murders would finally force our elected leaders to put child life and safety ahead of politics and the NRA and take the necessary steps to protect children instead of guns.

Wow was I wrong.

Sandy Hook marked a turning point in public opinion about guns and sparked a new wave of public advocacy to prevent gun violence, but it did not fundamentally change the cowardice of most of the men and women we have elected to represent us who put their political self-interest ahead of the safety of our children. Though some states made important strides to prevent deadly weapons from getting into the wrong hands, others have gone backwards. Our Congressional leaders have continued to offer platitudes after horrific mass shootings while doing nothing to act and expand and improve the background check system, limit access to assault weapons and high-capacity ammunition magazines, deprive domestic violence perpetrators of their guns, or even take basic steps to prevent children from accessing deadly firearms by requiring safe storage of guns and ammunition. Congress has turned a blind eye and wallowed in inaction while the deadly plague of gun violence afflicting our nation has worsened. The rate of child and teen gun deaths has increased every year since Sandy Hook and nearly 11,000 more children and teens have died.

On Wednesday it happened again.

This time the victims were teachers and students going about their day at Marjory Stoneman Douglas High School in Parkland, Florida – maybe excited about Valentine’s Day because of a secret crush, or planning to go to Ash Wednesday mass that evening. The shooter was a 19-year-old former student at the school with a history of disturbing behavior and an obsession with guns. Like many other mass shooters in United States, he was armed with an AR-15 assault rifle. In a short span of time seventeen people lost their lives and at least fourteen were injured. Once again we saw the scenes many of us first saw outside Columbine High School in April 1999 that now seem horribly and tragically familiar in America: frightened students fleeing with their hands up, frantic parents desperate to reunite with their children, and traumatized survivors telling television interviewers what happened and the horrors they heard and saw. And it goes on and on and will continue to go on and on until we stand up together and say no more.

An entire generation of children are coming of age understanding that there is no safe space in America after bearing witness to horrifying massacres killing 26 and 9 people in churches in Texas and South Carolina, 58 at a concert in Nevada, 49 at a nightclub in Florida, 9 at a college in Oregon, 14 at a workplace in California, 2 at Marshall County High School in Benton, Kentucky in January, and now 17 more children and adults on an otherwise ordinary day at a high school in Florida. Tens of thousands of other shootings have taught us all that gun violence does not discriminate. Twice since Sandy Hook we have had to put a new tragedy atop the list of the worst mass shootings in American history and gun death numbers grow in communities that often go unnoticed. When will the indefensible insane tolerance of violence end?! When will children and human life matter more than a gunman’s right to kill innocent people?

We have already waited too long for our leaders to protect children rather than guns.

Victims, survivors and families impacted by gun violence too often are forgotten. We must not let that happen again. How evil it was that on the very same day last December a national vigil was held just blocks from the Capitol to remember victims of gun violence, the House of Representatives voted 231 to 198 to pass the Concealed Carry Reciprocity Act (H.R.38), a NRA priority that would allow individuals to carry concealed weapons across state lines even if the state to which they are traveling has much stronger gun safety laws. For example, if the Concealed Carry Reciprocity Act were to pass the Senate now, a person from Mississippi, Missouri or Wyoming who is not even required to have a permit to carry a concealed weapon, could travel with it to Massachusetts, California or New York, which all require that in order to apply for a concealed carry permit an applicant must first demonstrate good cause or a justifiable need. Forcing all states to recognize the concealed carry requirements of all other states regardless of their own laws and protections poses a significant threat to public safety across the nation. The concealed carry bill must not be taken up in the Senate.

Several other bills have recently been introduced in Congress and offer potential progress. I hope we will take any positive steps we can to move them forward. For example, the Lori Jackson Domestic Violence Survivor Protection Act (S.2044/ H.R.4186) would close loopholes in federal law that currently permit the sale and possession of weapons to dating partners or former dating partners convicted of domestic violence crimes, and prohibits the sale or possession of a firearm by a person subject to a temporary domestic violence restraining order. Research shows women in domestic violence situations are five times more likely to be killed if their abuser owns a gun and their children are also at risk. An analysis by Everytown for Gun Safety found a majority of mass shootings from 2009-2016 were related to domestic or family violence. Only 13 states require law enforcement to remove firearms at the scene of a domestic violence incident.

A domestic violence conviction should have barred the individual who killed 26 people in a Sutherland Springs, Texas church in November from purchasing a gun. The Air Force failed to report his conviction to the national background check system enabling him to clear a federal background check to purchase the rifle used in this horrific crime. The bipartisan Fix NICS Act of 2017 (S.2135) would help ensure data get promptly and accurately reported. It requires federal agencies and states to create plans to comply with existing federal laws requiring reporting of mental health and criminal records to the National Instant Criminal Background Check System (NICS) and provides financial support to states that comply and penalizes agencies that fail to report these records to the system.

Both these bills are common-sense approaches to help limit gun violence. While they do not close all the dangerous federal loopholes that allow potentially dangerous people to get deadly weapons, their passing would be a critically important first step. There also are pending bills that would allow more research on gun violence, prohibit the sale of guns before completion of background checks, close loopholes in the background check system, and ban devices like bump stocks allowing shooters to increase the rate of fire of their semiautomatic weapons. All these positive steps deserve a vote. And it is also past time to reinstate the ban on assault weapons and high-capacity ammunition magazines that consistently increase the body count in our all-too-frequent mass shootings. We must keep using our votes and voices to move forward and never never ever give up until we succeed.

Every person who cares about protecting children and human life must stand up right now with urgency and persistence, join hands with those directly affected by gun violence, and demand Congressional action to prevent and break up the uniquely evil American love affair with guns and stop the scourge of gun violence that has killed more than 140,000 people and devastated thousands of families between Sandy Hook and this week’s tragedy. A child or teen dies from gunfire every 2 hours and 48 minutes in the United States; 3,128 children and teens died from guns in 2016, enough to fill 156 classrooms of 20 children. It is a profoundly immoral travesty that the NRA and its craven Congressional allies continue pushing to weaken gun laws although the majority of Americans cry out for stronger safeguards and children witness and suffer from mass shooting after mass shooting.

In memory of the 17 children and adults whose lives were snuffed out this week at Marjory Stoneman Douglas High School, the 2 children killed at Marshall County High School in Kentucky less than a month before, the 26 who died at Sandy Hook Elementary School, and the tens of thousands more children and adults killed in Washington, D.C., Chicago, Charleston, Seattle, Orlando, Las Vegas, New York City, New Orleans, Sutherland Springs, and cities and small towns across our country now is the time to call and visit your elected leaders urging them to protect children, not guns.