Home Travel Just back from: Djibouti 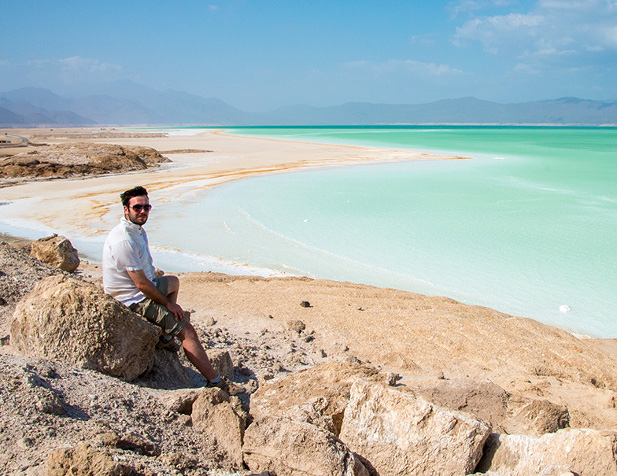 Just back from: Djibouti

Tell us more…  I spent 10 days exploring Djibouti, a tiny country on the Horn of Africa bordered by Ethiopia, Eritrea and Somalia. Djibouti hosts an array of peculiar landscapes and is possibly the most obscure country I’ve ever travelled to. Before Lonely Planet named Djibouti a Best in Travel destination for 2018, I would have struggled to point to it on a map!

In a nutshell… Despite its minuscule size (coming in at Africa’s 8th smallest country), Djibouti is a bewildering landscape of belching limestone chimneys, grand desert plains, petrified forests and extraordinary salt lakes – all pressed into an area one-sixth the size of England. Throw in spectacular diving, a wildlife refuge and the chance to swim with whale sharks, and you have one truly thrilling offbeat destination. 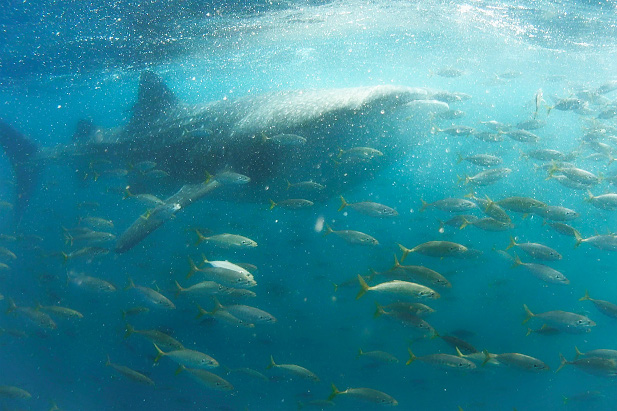 Defining moment? At one point during our whale shark expedition, I thought I’d jumped into the water too early as the whale shark sped off in the opposite direction, presumably spooked. To my surprise, it soon changed course and headed directly towards me. Its enormous bulk slid by so close I thought its tail would hit me – it was an exhilarating experience, right up there with exploring the wildlife of the Galápagos.

Bizarre encounter? Visiting Lac Assal, a salt lake at 155m below sea level – the lowest point in Africa and the third lowest in the world. It’s spellbindingly beautiful but wickedly deceptive. It looks like an idyllic beach with turquoise waters and powdery white sand, but the ‘beach’ is actually brittle deposits of salt and the water is 10-times saltier than the sea. I went for a swim, which largely constituted just bobbing around in the thick water before the stinging salt became too much to handle!

Good grub? You don’t go to Djibouti for the food, but that’s not to say there aren’t tasty options. There’s a notable French influence; fresh croissants and baguettes abound. The Yemen-style oven-baked fish is a must-try and there’s even amazing Indian food. Singh’s restaurant in the capital city (also called Djibouti) serves the finest paneer masala in the Gulf! 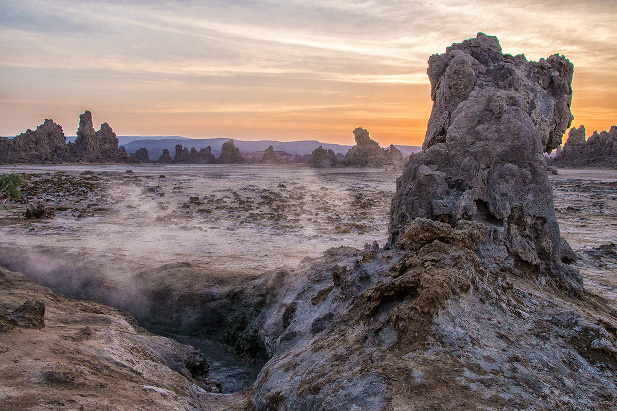 Quintessential experience? An overnight trip to Lac Abbé offers a great cross-section of Djibouti’s arresting landscapes and cultures. We stopped at the Grand Bara desert and a remote Afar village near the shores of the lake.

Lac Abbé itself is a desolate landscape like few other places on Earth, the seemingly apocalyptic scene punctuated by sprouting limestone chimneys sporadically belching steam. In the late-afternoon, we watched a crimson sunset before retiring for the night to our traditional Afar hut, fashioned from wooden sticks and animal skin. In the morning, we woke for the sunrise and watched the whole process in reverse.

You’d be a muppet to miss… the chance to swim with whale sharks. Wildlife experiences are often so fleeting and I thought this would be the same, but I spent several immersive minutes at a time with these incredible animals on multiple occasions throughout the day. Whale sharks are utterly enchanting in their beauty and behaviour, and it was a privilege to share their space.

Peter Watson travelled to Djibouti with support from Rushing Water Adventures and Sheraton Djibouti. Lonely Planet contributors do not accept freebies in exchange for positive coverage.

Want more behind-the-scenes adventures? Find out what Traveller Communications Analyst Ellie Simpson got up to on her honeymoon to Madagascar.