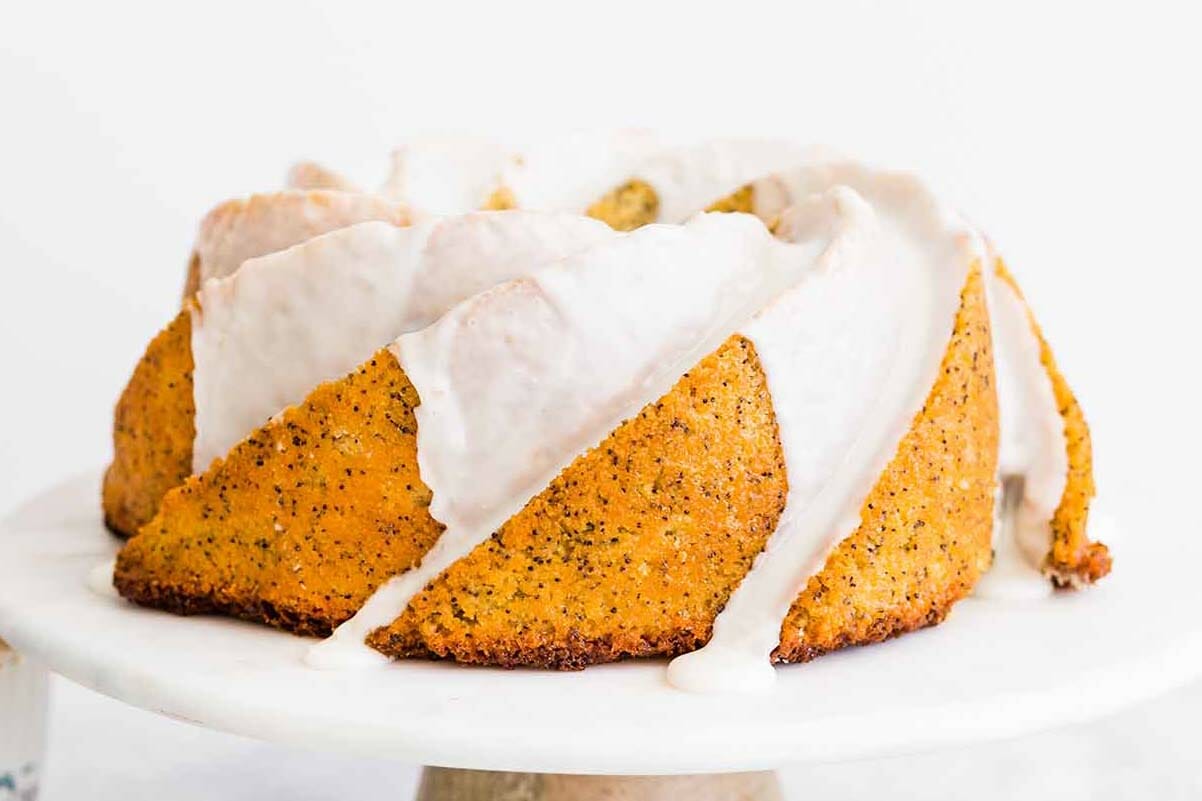 1 Prep the pan: Preheat the oven to 350°F with a rack in the middle position. Generously spray a 10-cup capacity bundt pan with baking spray. 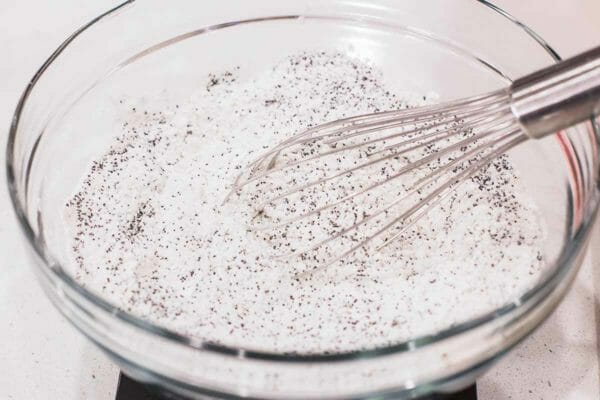 3 Make the batter: In the bowl of a stand mixer, beat the butter until creamy. Add the sugar and lemon zest, beat for 3 to 4 minutes, or until pale and fluffy. Scrape down the sides of the bowl and beat in the eggs one at a time, scraping the bowl after each addition.

Whisk the lemon juice and milk together in a measuring cup. With the mixer on medium-low, beat in a third of the flour mixture, followed by a third of the milk mixture. Continue to add the flour and milk, alternating between the two and scraping down the sides of the bowl as needed. 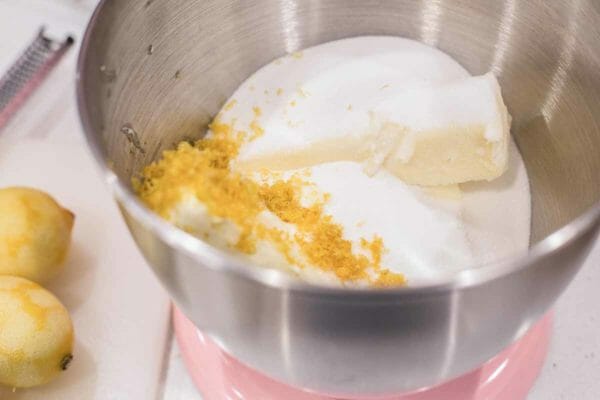 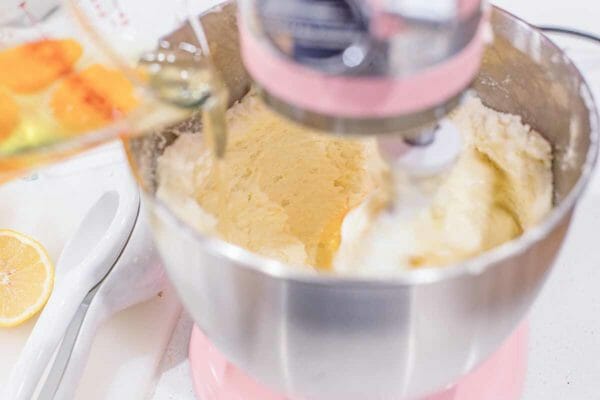 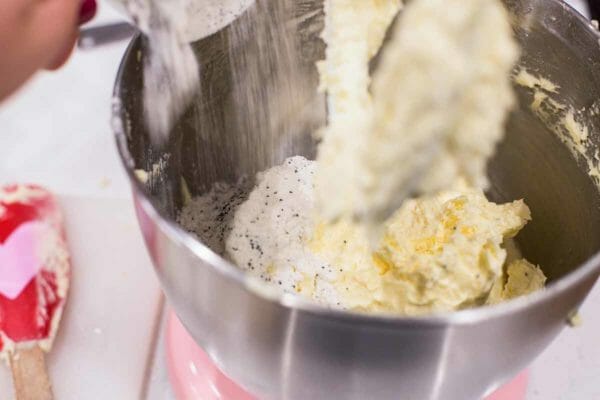 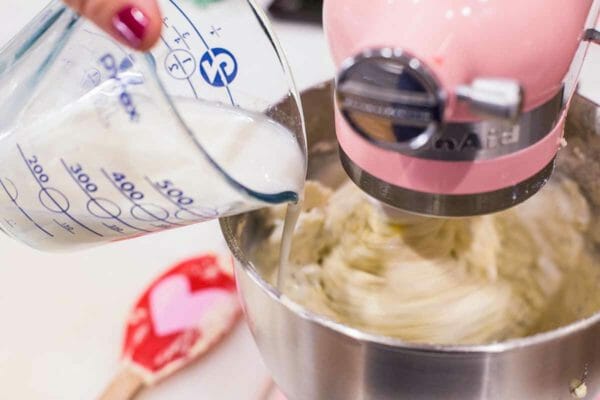 4 Bake the cake: Scrape the batter into the prepared pan and even the top. Tap the pan on the counter a few times to make sure the batter settles into the crevices of the pan. 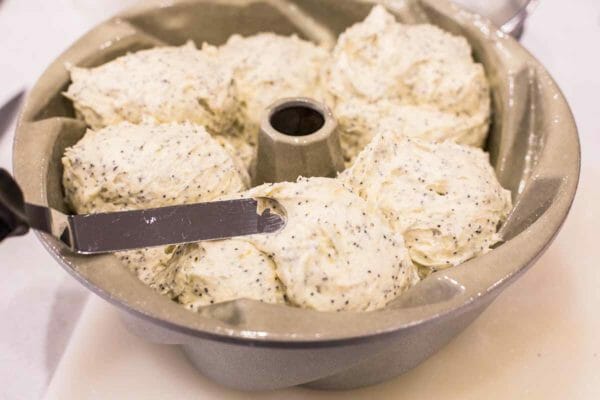 5 Cool the cake: Remove the cake from the oven and cool in the pan for 15 minutes before unmolding on a wire rack. The cake should still be warm.

6 Make the syrup and drizzle over the cake: While the cake cools in the pan, make the lemon syrup. Combine the lemon juice and sugar in a saucepan and bring it to a boil over high heat. Boil until the sugar has dissolved.

Remove the pan from the heat and brush the syrup over the still-warm, unmolded cake. You should use up all the syrup. Cool completely before unmolding and icing. 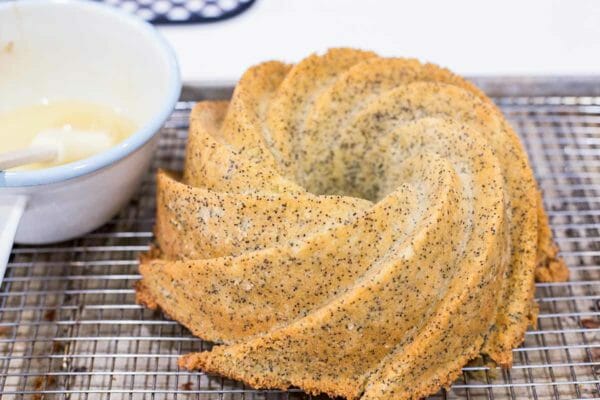 6 Ice the cake: To make the icing, whisk the powdered sugar and lemon juice together, followed by 1 tablespoon of the milk and the salt. Whisk in additional milk as needed until the icing is thin enough to pour, but still holds a ribbon on the surface.

Spoon the icing over the cooled and unmolded cake. This cake keeps well, glazed or unglazed, at room temperature wrapped in plastic for 3 days. (If glazed, let the glaze set until dry to the touch before wrapping in plastic.) 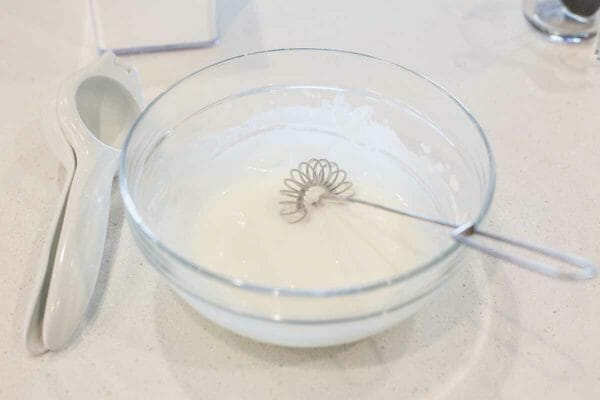 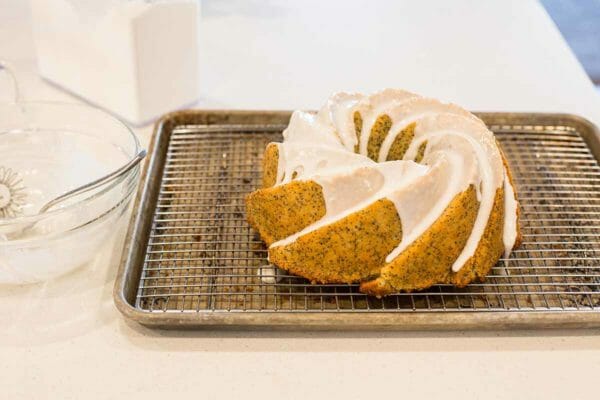