Home Furilia “Love. That’s My Source, That’s Where My Root Is And Where My Support Stems” Says Uzo Aduba. 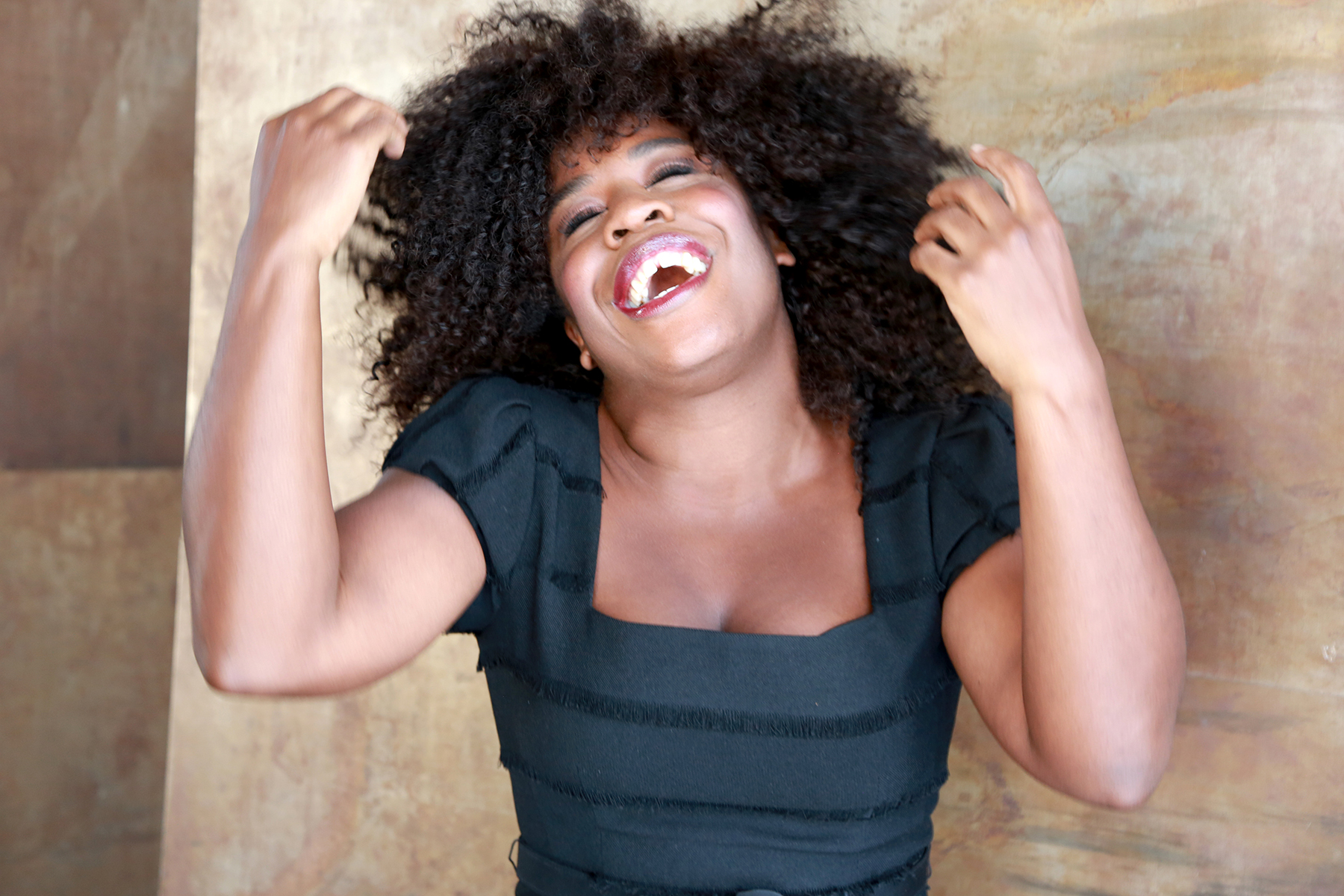 “Love. That’s My Source, That’s Where My Root Is And Where My Support Stems” Says Uzo Aduba.

What does it look like to go for your dream? To have someone totally supporting your dream? Or maybe even completely changing that dream?

Such thoughts were central when chatting with Uzo Aduba, Emmy Award-winning actress and Suzanne “Crazy Eyes” Warren on “Orange Is the New Black.”

Below is a portion of her winter 2015 interview from DarlingIssue 14 that left us invigorated, motivated and ultimately more confident that the dream is real and worth chasing. We thought it a timely reminder because… well, who couldn’t use a dose of her optimism? We guarantee you’ll sense it from right across this screen.

I can truly say that after being in the presence of Uzo Aduba, I left a better person. Her joy is contagious, her optimism is motivating and her work ethic is admirable. Aduba’s outstanding talents span television, film and theater, and the day we spoke, she was prepping for the Emmys the next day—and no surprise to me at all, she won!

It wasn’t her first but her second Emmy for her role as Suzanne “Crazy Eyes” in Netflix’s “Orange Is The New Black.” With her SAG and 2014 Emmy honors, she became the first African-American actress to win the award in each category. Upcoming, Aduba will appear in NBC’s production of The Wiz Live! I can’t wait to watch its premier December 3.

After our conversation, I felt encouraged to stand taller as a woman and believe that truly, all things happen for a reason.

Sarah Dubbeldam: How would you describe [2015] in one word?

Uzo Aduba: I would describe this last year in one word: blessing. Blessing, gift magic—a magical gifted blessing. That’s not a word! [laughs] 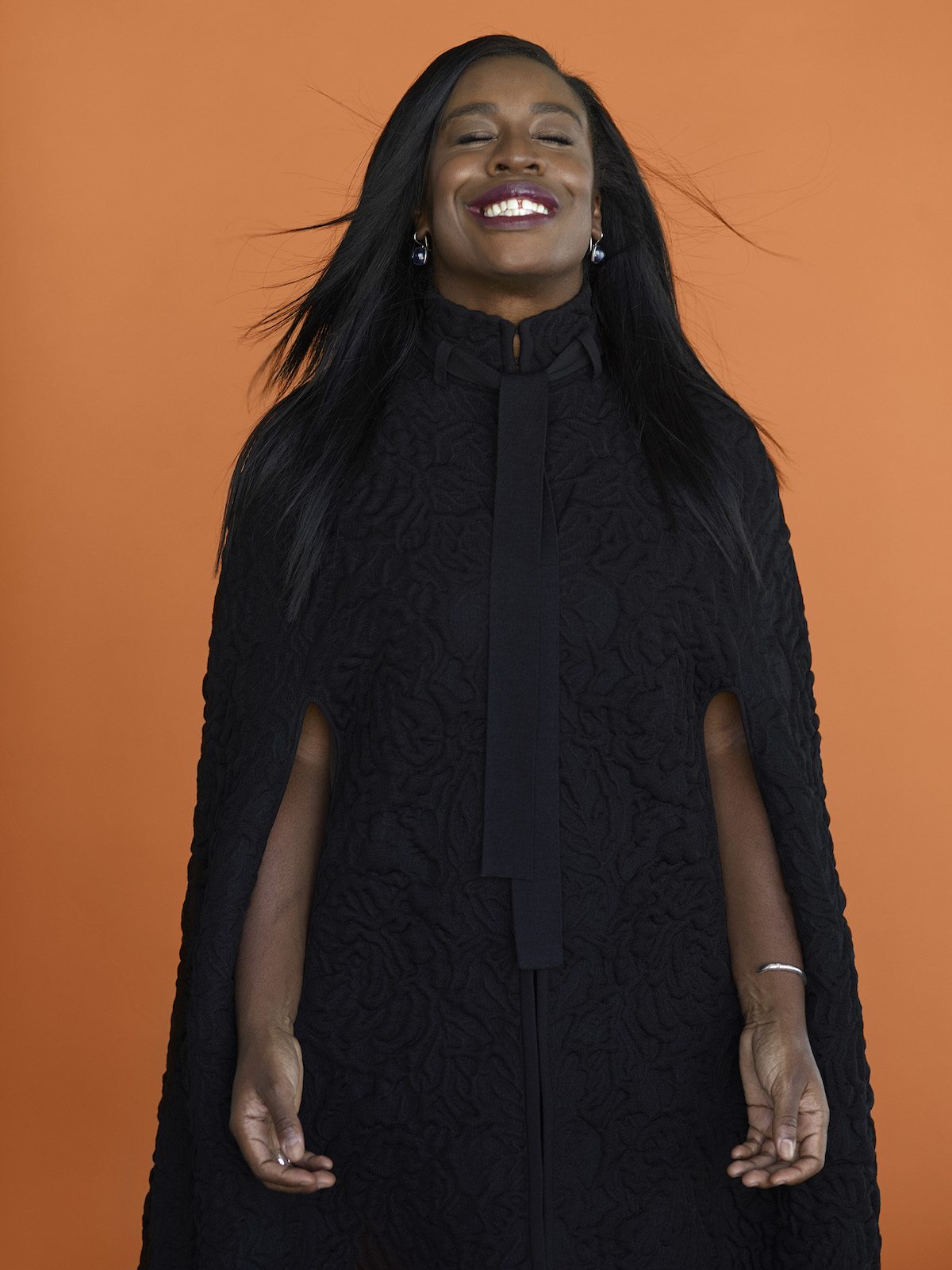 SD: I’ll give you more words now to explain it. Why was it these three words for you?

Every single day there are people getting off buses, trains, planes, coming to New York to pursue what it is that they love and to have the gift to be able to do that … it’s not lost on me that that’s not the favor that I see every day, so I’m appreciative and grateful to be able to do that.

So, then to be a part of something that I also believe in and love doing in terms of the show—and now shows—that I’m doing and the experiences that I get to have, it just feels magical, just magical. Like, rabbits coming out of hats or something.

SD: Your mom came from Nigeria to America, so how has her perspective and mentality on life shaped the way that you approach your career and life?

UA: The first easy answer to that question would be work ethic. There just isn’t anyone I’ve ever witnessed in my life who has ever worked harder, sacrificed more or striven for the wishes and wants and needs of her children like my mom.

And I think that comes out of having survived a civil war, living through a civil war, escaping a civil war … she had fierce determination, even being widowed at an unimaginable age, far too young with two children, and still was committed to succeed.

My mom my entire life always said, “My American dream is my children being able to live their dreams.” I don’t have to imagine what hard work looks like, I saw it every single day of my life, and what fruit can be born out of that. So it absolutely bleeds into who I am as an artist. I think it bleeds into the way I tell stories, perceive stories and perceive women in stories.

My mom my entire life always said, ‘My American dream is my children being able to live their dreams.’

I see that strength that women are in possession of and are capable of pulling out with a ferocity and a dignity and commitment that I don’t know if I always see explored. When I moved to New York City, my mom led with that.

She didn’t have much to say about my pursuing the arts. She was totally in support; she only wanted to make sure that I worked hard.

Growing up, she always said, “I never heard of nothing coming from hard work.” And I know, for whatever reason on that particular day when she said it, even though I’d heard it my whole life, it was the thing that stayed with me—I must work hard.

SD: You aren’t conventional or typical when it comes to your skillset. You have “Orange is the New Black,” but you’re set to be a part of “The Wiz Live” in December, and you even voted law school as a backup plan. You act, you sing, you even have interest in law … what drives your love for things? And what do you love most about what you do?

UA: Hmm, that’s a delicious one. Well, what drives my love for things? I think I love anything that feels like it stands alone. I don’t necessarily follow anything that’s pack driven.

I love something that feels like a signature, that has a voice that you can hear loudly. I’m really attracted to things like that. That’s probably why I picked the [“Orange is the New Black”] script.

That was my process, like “That doesn’t look like anything else! That sort of rainbow-y colored thing.” [laughs] There’s probably some psychoanalysis babble about growing up in a Nigerian family in a very traditional New England town [laughs]. I really am attracted to things that feel unique and individual and loud.

READ  Do You Ever Wonder: What If You Were Suddenly Forgiven?

They don’t have to necessarily scream, but they’re loud in their presence in some way. And I say all the time, as far as my art, what I’m realizing I love to do is interesting stories. I’m attracted to stories that I call “the missing.” We’ve never seen that story told that way before. Or, we’ve just never seen that story.

I think I love anything that feels like it stands alone. I don’t necessarily follow anything that’s pack driven.

SD: Is that how you feel about your role on “Orange is the New Black”?

UA: I do. I feel that way not only for myself but also for a lot of the women on that show. But specific to Suzanne [my character], I feel like there’s something really intriguing about trying to get into the framework of the mind of someone who is so grossly misunderstood from the outside, and could be quickly and easily written off without a passing glance, and realizing that she’s someone who actually has a heartbeat, has an authenticity, an individuality and an honesty.

Despite the missteps, there’s no agenda there, it’s not done with manipulation. They’re just trying to do the best that they can that day.

SD: What would you say to a woman really trying to work to find her passion? And once she finds it, how to achieve it?

UA: The first thing I’d say is to be sure to remove any of the traditional conventions that surround success, money, status, title, all of those things, and think what it is that you just like to do. I love to act. I love to make art. And, between you and I, you wouldn’t have to pay me to do it. I love to do it. I love it that much. The thing that you can’t imagine yourself not doing, I think is the easiest trigger point to passion. 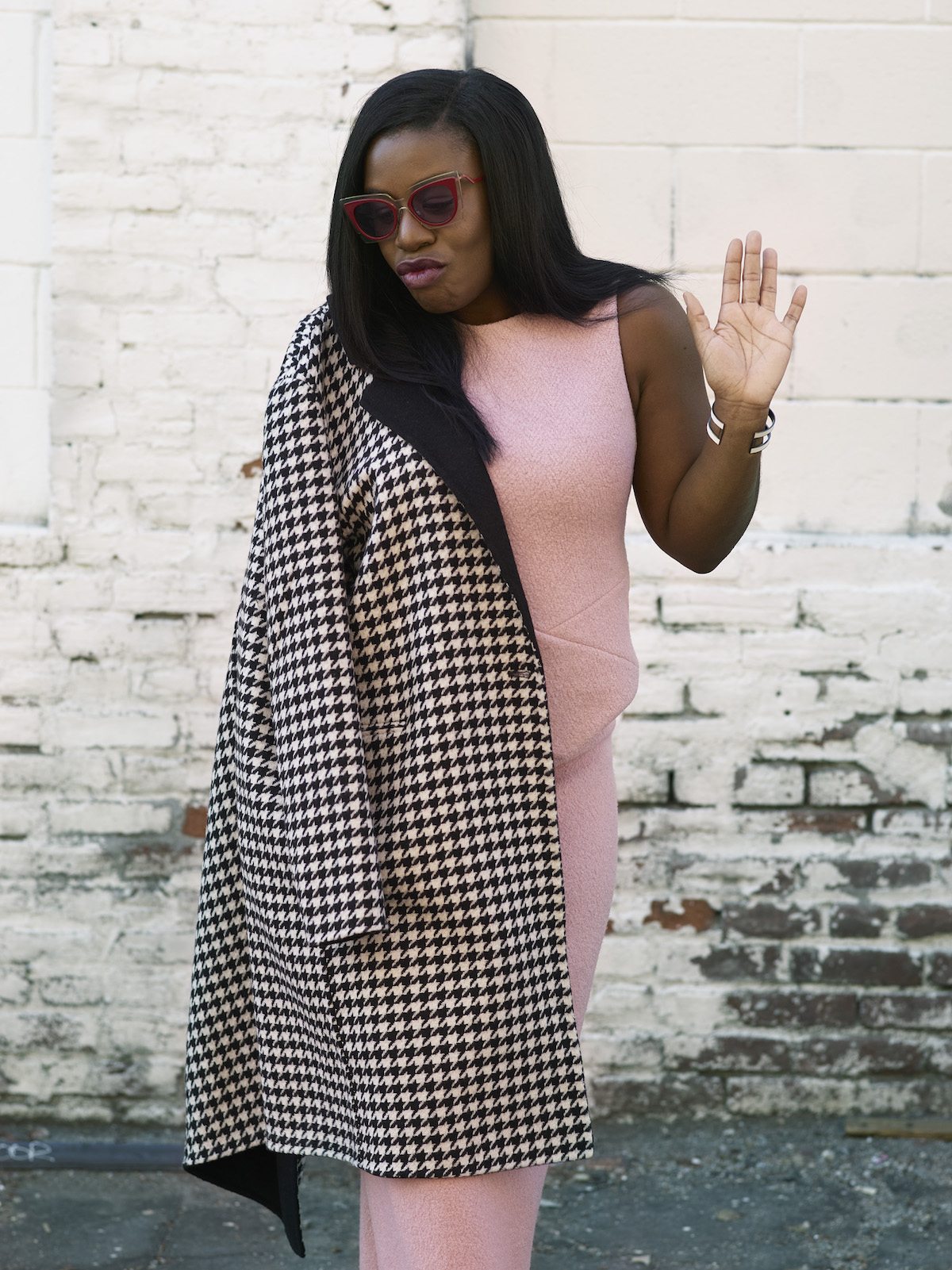 SD: But a lot of women don’t go after that because of fear or other things.

UA: Yeah, I think a variety of reasons make women (and people generally) not pursue their passions: fear, commitments to relationships, family … whatever. I do believe that we as women should be able to explore and do whatever it is that motivates and drives us, and be able to have a full and incorporating life and lifestyle.

The burden should not be exclusively on us to provide all the parts that surround a rounded life. I think women should pursue and attack whatever it is that satisfies them in their life. Also, I’d tell women that you must bet on you. And a commitment to hard work is incredibly important.

If you want to make your passion your work, then you must be prepared to work hard on your passion. If you believe in your passion and that it is something you want to pursue wholeheartedly, I think it is your responsibility as a human being to invest that belief and passion in yourself first, and trust.

…I’d tell women that you must bet on you.

SD: That’s a great answer, I love that. So, as you have gotten more successful, has your perspective changed at all on what achievement is? How do you feel we should view success and fame? What are the character traits you need to hold onto when you experience success?

UA: I think you need to hold onto firstly a strong family unit. Whether that’s your immediate or chosen family, doesn’t matter. But, whatever that unit is that surrounded you long before “the noise,” as I like to call it, that needs to stay evergreen and ever present.

Those are the people I know, that are my unconditional love. That’s my source, that’s where my root is and where my support stems from. I think you have to keep a source channeling through you somewhere, or just a belief. Belief in something alive, supremely.

I think in terms of the work, you have to keep yourself surrounded by people who will tell you the truth, even if it’s not something you want to hear. That’s not to say you’re going to be happy to hear it. You have to be able to hear it and believe that they have all of your best interests in mind.

I think the final point is to not get so caught up in the idea of you, versus who you actually are.