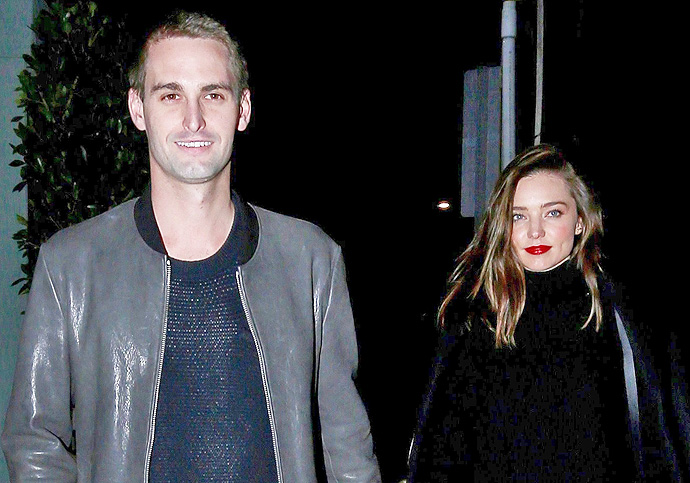 Be still my beating Hart! Miranda Kerr and Snapchat billionaire hubby Evan Spiegel have welcomed their first child together — a boy named Hart!

The supermodel gave birth on Monday but the news is only now coming out. Kerr, 35, gave birth to a bouncing baby boy just before midnight as Spiegel, 27, celebrated with wife.

Kerr has son Flynn, 7, with ex-husband Orlando Bloom, to whom she was married from 2010-2013. Kerr and Spiegel announced their engagement in July 2016 and tied the knot last May. Seems the cute couple wasted no time getting to work making babies because just slightly less than a year later, here we are!