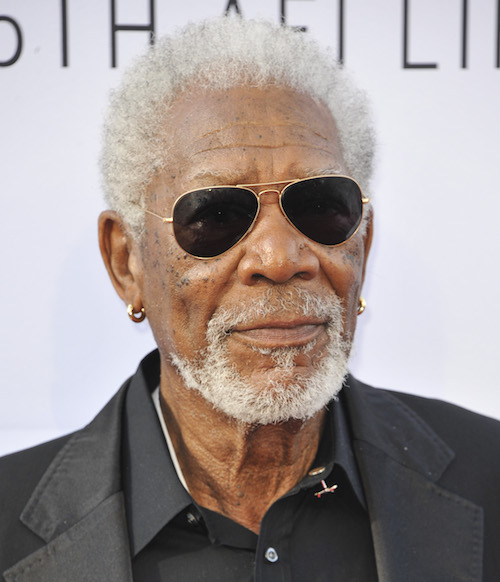 “I wish I could tell you CNN never published an exposé about me and alleged I was a creepy old man. I wish I could tell you that.” Morgan Freeman never said that, but I’m sure he’s been thinking it since last Thursday. CNN published allegations from eight women who accused 80-year-old Morgan Freeman of sexual harassment. He’s denied the allegations, saying that the only thing he’s possibly guilty of are “misplaced compliments and humor.” Morgan is so sure he’s innocent that he wants his lawyers to get CNN to take back their story.

The Hollywood Reporter has obtained a 10-page letter sent from Morgan’s lawyer Robert M. Schwartz to CNN president Jeff Zucker, accusing CNN of “defaming” him and “inflicting serious injury” on his reputation. Part of the letter reads:

“At a minimum, CNN immediately needs to issue a retraction and apologize to Mr. Freeman through the same channels, and with the same level of attention, that it used to unjustly attack him on May 24. CNN also needs to retract the portions of the story that concern Lori McCreary and apologize to her for defaming and injuring her.”

CNN accused Lori McCreary, the co-founder of his company Revelations Entertainment, of witnessing an inappropriate moment, and making a discriminatory remark about a woman interviewing for a job.

THR also says that Morgan’s lawyers have begun their own investigation into the allegations. Morgan’s lawyers say that CNN’s Chloe Melas, who accused him of making inappropriate comments about her body, had “no reasonable basis” for interpreting Morgan’s comments as any form of harassment. They point out that another woman, WGN-TV reporter Tyra Martin, has since gone on record saying that CNN misrepresented what she said. She told CNN that some things Morgan said gave her pause, but that she never felt uncomfortable.

Morgan’s lawyers also claim that any incident involving him and Lori McCreary has been investigated by an independent party, which was determined to be “meritless.”

Of course, Morgan’s lawyers haven’t accounted for the remainder of the 8 female victims and 8 female witnesses that spoke to CNN.

Since CNN’s story came out, the Vancouver transit system announced that they’re not using his voice for the time being. Visa also suspended their relationship with him. Good call, Visa. When I hear a Visa commercial, the only thing that should make me feel uncomfortable is knowing there is no way I’m paying off my balance at the end of the month.

Our commenting rules are pretty simple: If you make any overly offensive comment (racist, bigoted, etc..) or go way off topic when not in an Open Post, your comments will be deleted and you will be banned. If you see an offensive or spammy comment you think should be deleted, flag it for the mods and they’ll be forever grateful and give you their first born (although, you probably don’t want that).
dlisted.com