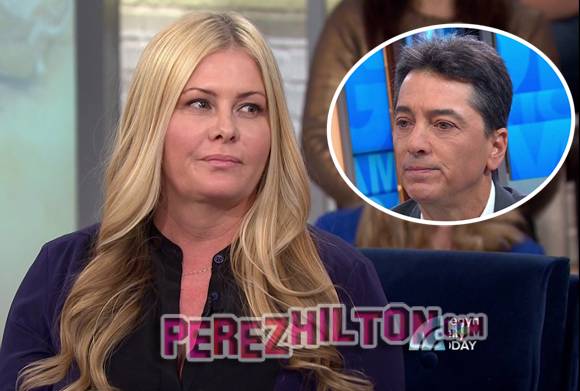 Scott Baio‘s only in deeper and deeper shit this week after Nicole Eggert‘s allegations of sexual assault years ago while filming Charles In Charge are being corroborated by more witnesses — and the police are now officially involved.

Eggert is meeting with Los Angeles police to file an official report against Baio, which comes on the heels of SIX new witnesses supporting her on-set molestation claims from years ago on the TV sitcom when she was just a teenager, and Baio was in his mid-20s.

The now 46-year-old actress is hoping for Baio to come clean and own up to what she alleges he did — and considering the police are now involved, as well as more witnesses are busy coming forward to corroborate her claims, it’s starting to look pretty bad for Scott.

For one, Eggert spoke out about Baio, asking him to ‘fess up to his mis-deeds from decades ago in the spirit of doing it for his daughter (below):

Scott continues to deny all claims made against him, and has been tweeting quite a bit about it ever since the allegations broke more than a week ago.

Regardless, now that the cops are involved, the seriousness is ramped up well beyond social media… and if those “five to six” on set witnesses as reported stick to what they’ve corroborated in her allegations… that’s no good for Baio.

The legal process will play out on this case regardless, and it’s probably for the better — more productive and ultimately more just to have it play out there than on social media.