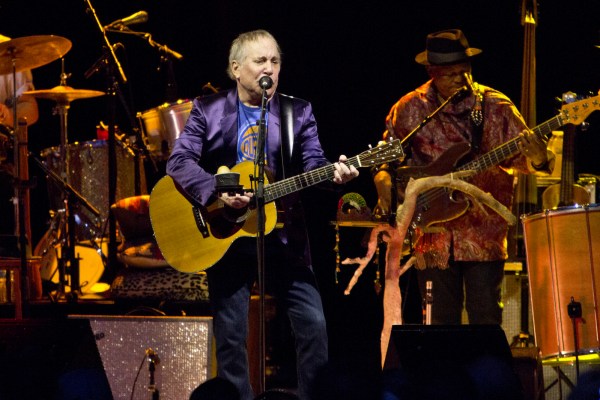 It was rumored that Paul Simon would retire after his 2016 tour that ended with the Forest Hills High School graduate playing two shows in Forest Hills, but he did in fact tour again in 2017, including a unique set with yMusic at Eaux Claires Festival. Now — in what is apparently the month of farewell tour announcements — it looks like Rhymin’ Simon is calling it quits for good. As The Telegraph points out (via Stereogum), he’s playing a farewell show on July 15 in London’s Hyde Park, as part of the Barclaycard British Summer Time festival. Bonnie Raitt and James Taylor will open. Tickets go on sale Friday (2/2) with a presale for Barclayard members starting today (1/30).

If this really is it for Paul, he’ll be going out with a bang. His latest album, 2016’s Stranger to Stranger, was his best in years.

Watch Paul Simon play “The Sound of Silence” with yMusic at Eaux Claires 2017: