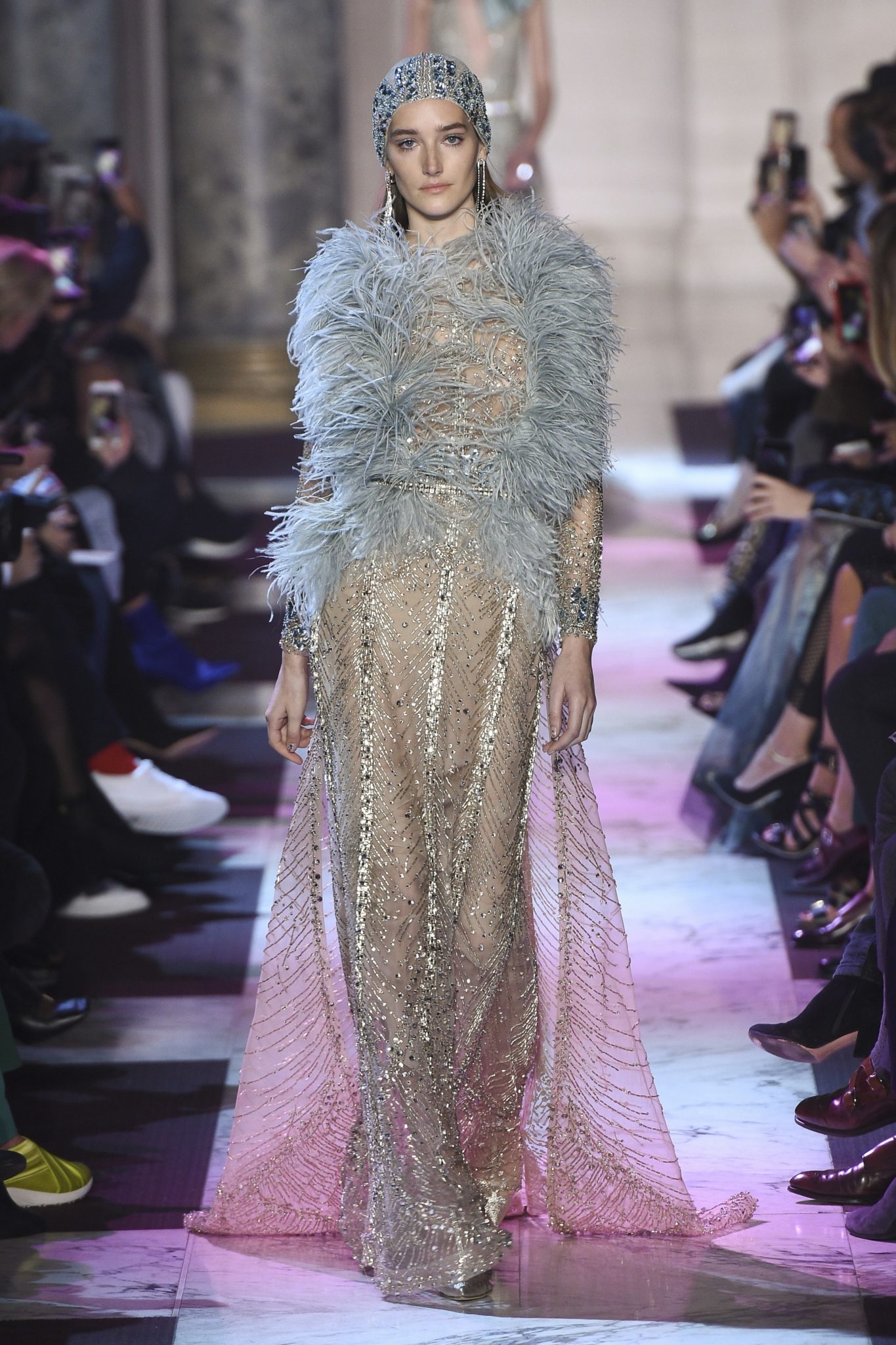 Art deco glamour was the mood of the day at Elie Saab’s latest Haute Couture offering, where models descended a grand staircase to the sounds of old school jazz. Fifty-seven looks – confections of tulle, lace, satins and silk – showcased the long lines and nipped waists of the Elie Saab silhouette. They also served as the canvases for shimmering silver and champagne beadwork that recalled the iconic geometric designs that are a hallmark of art deco design.

Paris est une féte (Paris is a party) was the title of the collection, referencing the city of lights during one of its most innovative and festive periods: the 1920s. Models wearing sparkling cloche hats brought to mind the style of Josephine Baker or Louise Brooks, two contributors to the avant-garde period of Paris that served as Saab’s inspiration for this collection.

The maison’s signature embroidery embellished every look, adding formality and drama to the collection. Bouncing tufts of ostrich feathers adorned wrists, shoulders or hems, further elevating the gowns to feminine nirvana. Heavily encrusted with beads, sequins and stones, the bold geometric shapes and floral swirls of the art deco period decorated bodices, skirts and trains. The beading was at its most impactful when shown against black tulle, allowing for a striking contrast. Only a few black looks dotted the collection which was rendered mostly in powdery pastels. Exceptions in a more saturated coral rose color were also especially memorable.

Embodying the youthful, free spirit of the 1920s Parisian, this Haute Couture collection brought the joie de vivre of that era back to the runway nearly a century later.