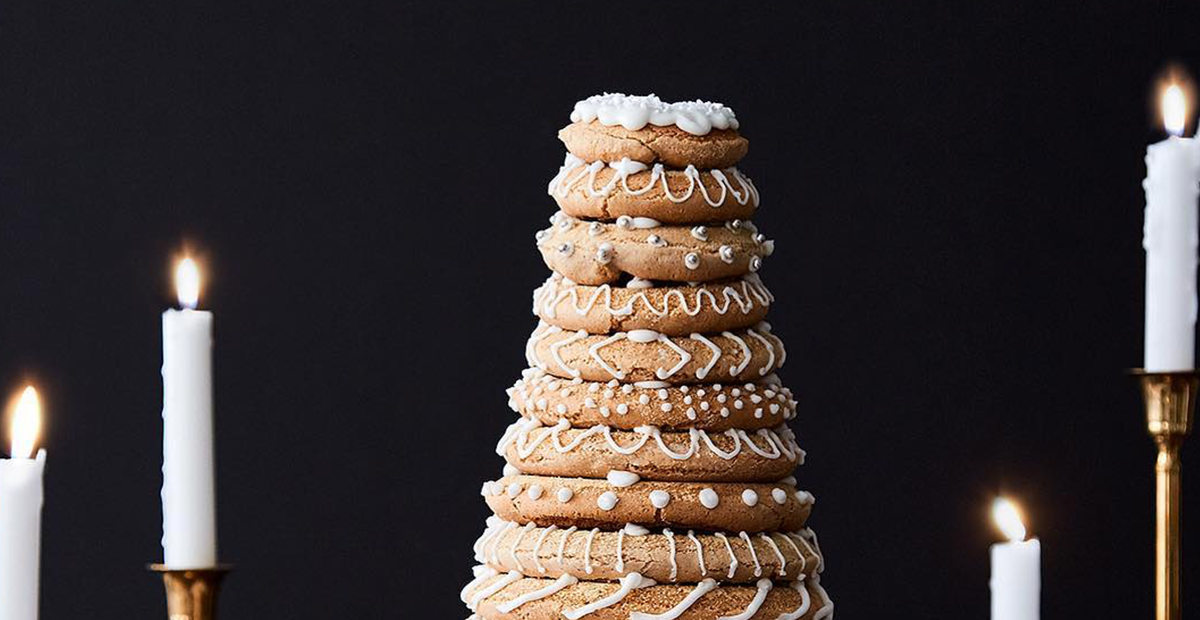 Sabering Champagne, Kransekage, and Other New Year’s Eve Traditions Around the World

Pass on the same old celebrations and put the “new” back in new year.

Looking for a totally different way to ring in the New Year beyond counting down to the ball dropping in Times Square and singing “Auld Lang Syne”? From Denmark to Singapore, there are a number of interesting and beautiful traditions done around the world that you can admire or adopt as your own. Capturing these moments and sharing them on your feed will be a picture-perfect way to wish everyone a Happy New Year, but the icing on the cake is making new memories you’ll probably remember forever.

Champagne sabering is a jaw-dropping tradition worthy of capturing. If you’ve never heard of it before, it involves using a saber to cleanly cut off the top of the champagne bottle instead of using the traditional method of popping the cork. It is really an impressive display. It is not specific to any country, but legend has it that the art originated in France with Napoleon and his soldiers. If you need some guidance (after all, it does involve swinging a sharp object), grab a Laguiole champagne saber and watch the chef and foodie Alton Brown provide cheeky step-by-step instructions. Voila!

In Denmark, it’s customary to make a display of kransekage, a traditional sweet made of marzipan and garnished with icing. Embrace the Danish spirit of hygge and whip up a batch of these cozy treats. For added visual effect, shape the ingredients in different sizes and stack them in a tower before decorating or drizzling with icing.

The Rose Parade, which takes place on New Year’s Day in Pasadena, California, is a time-honored tradition that many of us watch on TV, but nothing does these flora-laden floats justice like seeing them live in person. All of the floats used in the parade are made out of organic material like seeds and flowers. In the week leading up to January 1st, volunteers spend hours picking petals, stripping leaves, cutting sticks, gluing, piecing the giant floats together, and keeping them fresh until show time.

Singapore’s Marina Bay rings in the New Year with a bang. Not only do they have an epic fireworks show, but they also install “wishing spheres” in the water. These white spheres contain wishes for the New Year written on them by Singaporeans. Seeing all of these spheres together against the colorful lights is a once-in-a-lifetime view. But you can get a similar effect at home by having guests write their wishes or resolutions down on white balloons before releasing them onto the ceiling at midnight. Holding your hopes in a cloud of white balloons is as romantic as it sounds.

In many cultures, white is thought to ward away evil spirits—a sign of peace and good to come. On New Year’s Eve, Brazilians dress in white to watch spectacular fireworks from the sandy Copacabana beach and throw white flowers and candles into the ocean as samba music plays in the background. Join the Brazilians by having you and your guests wear your best winter whites to ring in the New Year. Light white candles and fill a vase with white flowers for that extra optimistic touch.

While it doesn’t occur on January 1st, the Chinese New Year (which will take place on February 16 this year) is a colorful celebration that will brighten up your newsfeed right when you need something to take your mind off the grey February days. Red envelopes are packets traditionally containing money which elders gift to children, while red and gold decorations like lanterns symbolize welcoming prosperity in the New Year. Serve noodles for longevity, oranges for wholeness, and dumplings for health—whether or not they bring good luck, they will make for a festive table and a full stomach!