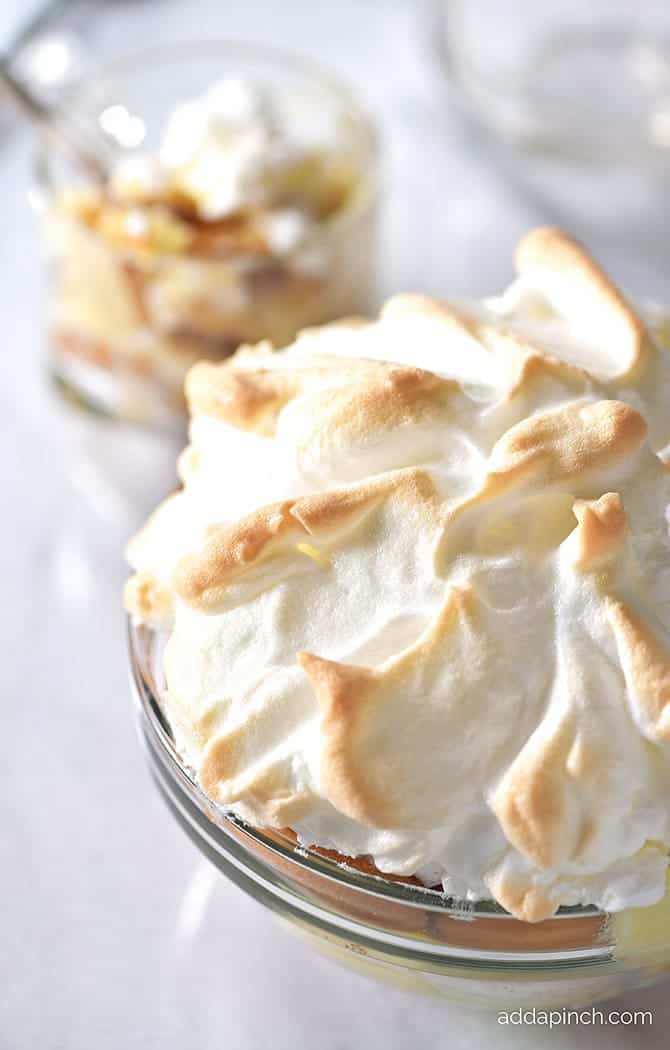 This Southern banana pudding recipe makes a classic, Southern dessert. An heirloom family recipe, this homemade banana pudding is an essential part of so many holidays and celebrations!

This banana pudding recipe is about as much of a comfort food in the South as it is a dessert. One that everyone always looks forward to digging into to get the perfect ratio of vanilla wafers, pudding, and bananas.

Grandmother always made hers with a towering meringue on top of the pudding that was light as air and the perfect combination with the rich banana pudding. She would ask my sister and me to help make her banana pudding recipe for dessert so many times when we were young girls. It was a request I don’t remember ever tiring of hearing. She would ask one of us to carefully line the glass bowl with the vanilla wafers while the other sliced the bananas. We each had an important job and the banana pudding just wouldn’t work without both of us completing our tasks with care.

Or at least she always made us believe it wouldn’t.

While we were consumed with our duties, Grandmother was busily cooking the pudding on her stovetop. She loved to chat as she cooked, asking us about our day, telling us about when she would help her mother cook, or telling us about a bird she saw when she went to the garden earlier. Her voice was always as sweet and velvety as the pudding she was stirring. 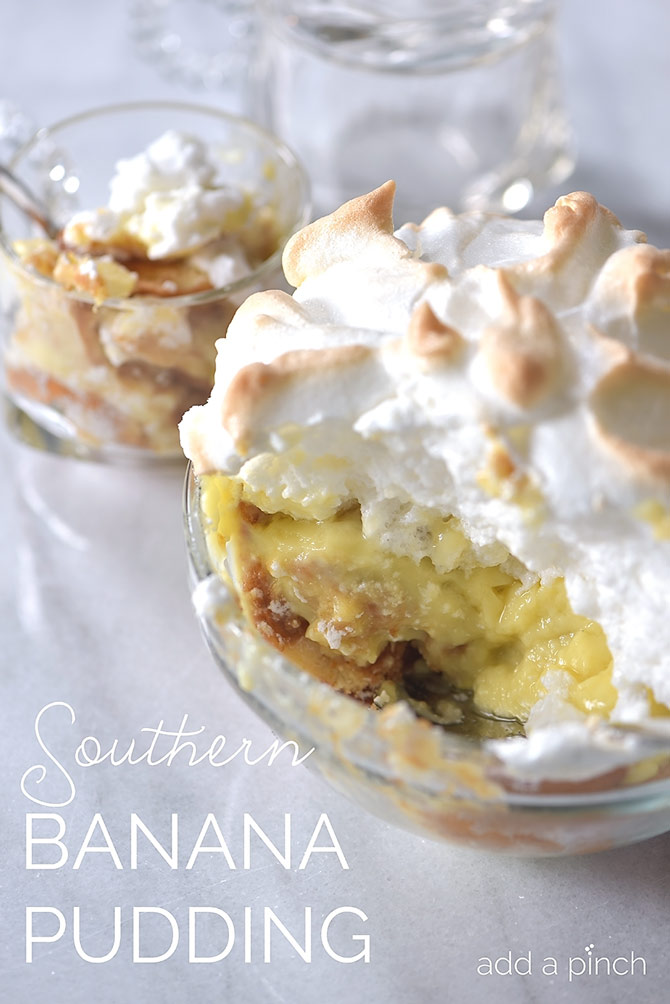 Once we had our vanilla wafers and banana slices layered just as she instructed, she would ask us to step back as she poured the hot pudding over them. Within minutes following, she would have her egg whites beaten to a perfect salute and would be carefully spreading her meringue on top of the pudding. Into the oven it would go for my sister and me to run and stare through the glass door in the oven as the meringue on top of the banana pudding magically browned.

That night for supper, we were anxious for everyone to taste “our” banana pudding because we knew it tasted just as good as Grandmother’s.

Here is her Southern Banana Pudding recipe. I know you’ll love it! 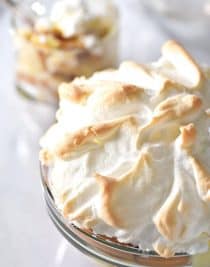 This banana pudding recipe makes a classic, Southern dessert. An heirloom family recipe, this homemade banana pudding is an essential part of so many holidays and celebrations!

2) Combine flour, sugar and salt in a large, heavy saucepan.

3) Lightly beat egg yolks and combine with milk in a large bowl or measuring cup. Pour the egg and milk mixture into dry ingredients in heavy saucepan. Cook over low to medium heat, stirring constantly, until ingredients are thickened and smooth. Remove saucepan from heat and stir in vanilla.

4) To layer your banana pudding, begin by placing vanilla wafers on the bottom of a 13×9 baking dish, glass bowl, or another 3-quart container.

5) Slice bananas and place on top of wafers.

6)Pour one-third of custard over wafers and bananas.

7) Repeat layering process two more times until all wafers, bananas, and custard have been used. Ending with a final layer of wafers for decorative purposes.

2) Allow egg whites to foam, add cream of tartar and then gradually add sugar one tablespoon at a time.

3) Continue whipping until sugar is well-dissolved.

4) Add vanilla once stiff peaks have formed and whip until well-combined.

5) Spread meringue over banana pudding, making sure to spread to the edges of the dish.

6) Bake for about 25 minutes until lightly the meringue is lightly browned.

* Percent Daily Values are based on a 2000 calorie diet.

All images and text © Robyn Stone for Add a Pinch

From the Add a Pinch recipe archives, originally published 2011.