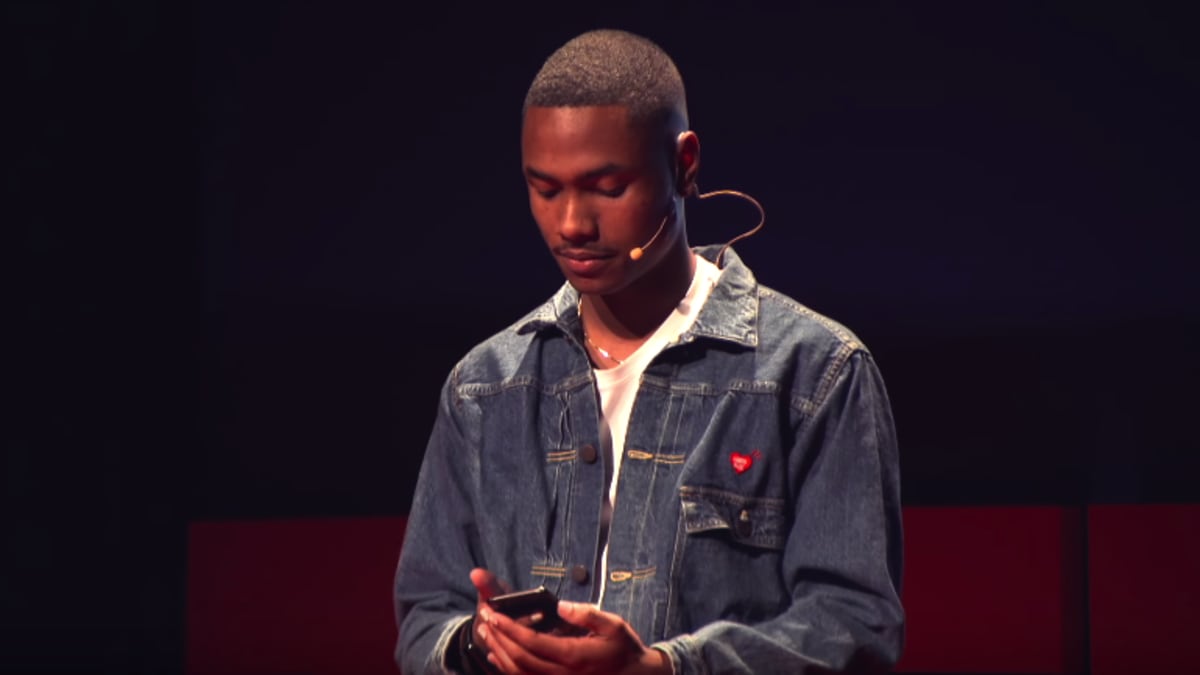 In his new TEDXTeen talk, “The Bare Maximum,” Steve Lacy offered inspiration to any aspiring creative who feels hamstrung by not having high-tech equipment. The singer, songwriter, producer, and guitarist of The Internet says that he spent every Christmas for years hoping to get a MacBook Pro that would put him on the same creative playing field as his friends and peers.

“The reason why I wanted the MacBook was because all of my friends and everyone else doing artsy stuff had the MacBooks, you know? That was the best possible thing, so I really, really wanted this,” he says.

Eventually, Lacy acquired an iPod Touch, and was able to not only get on the same level as his friends but achieve stratospheric success while still a teenager. In the clip, he talks about his phone-centric creative process, making music with The Internet, and learning to shift his mindset about his technological limitations.

Lacy and The Internet are currently hard at work on their next record, which Lacy has said will feature more contributions from him on vocals. He dropped his first solo project, Steve Lacy’s Demo, in February and contributed to records by Kendrick Lamar, Tyler, the Creator and Goldlink in 2017, too. Lacy received widespread attention for producing Lamar’s song “PRIDE.” on his phone, and says in the lecture that even when he’s in a professional studio he still sticks to his trusted setup.

He says his goal with Steve Lacy’s Demo was to show people that they should embrace the tools that they have instead of focusing on what they lack.

“I just had this really big plan for it to inspire and give the message of like, ‘Just use what you have’, you know?” he explains. “I wanted to make the best possible project that I can with this little thing. Like, I recorded everything—like, I plugged the guitar in. I layered vocals, mad vocals, just on this phone. It’s a beautiful experience.”

Eventually, he talks about finally being in a state of the art studio to work on the song “Dark Red” and still recording on his phone despite being around all the equipment he once coveted.

​”I remember working on the Demo, I get my manager to like, buy me this studio to only record using my iPhone,” Lacy says. “So I’m in like, this studio with all this equipment just to write a song on my phone.”

Check out Lacy’s TED talk above and watch below for our video profiling five teenage artists to know including Lacy and other P&P favorites.