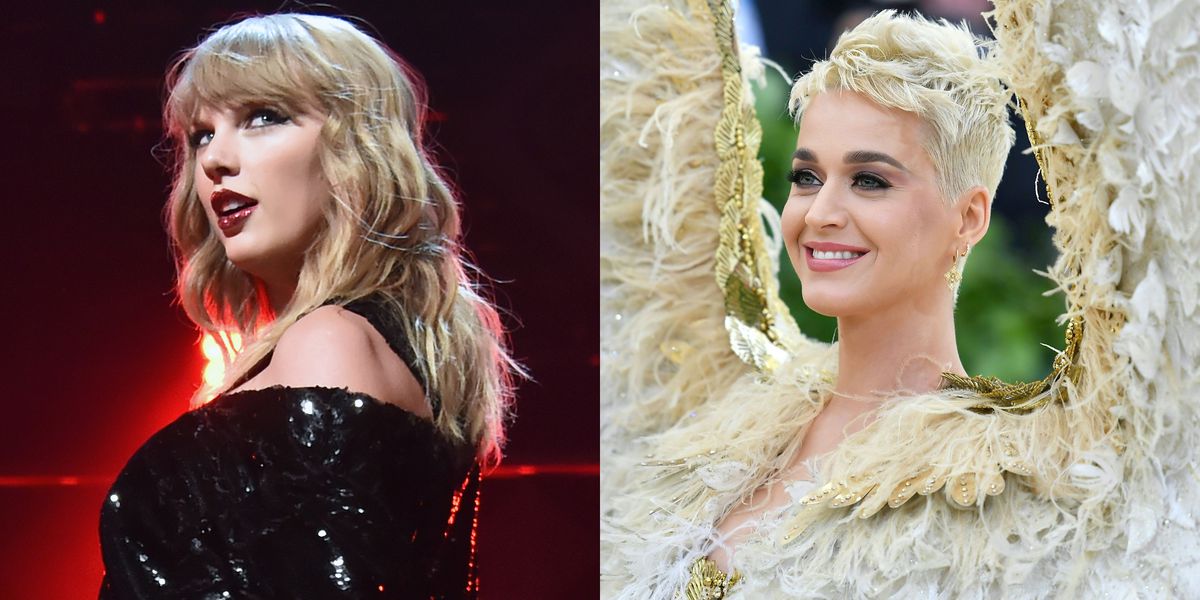 Breaking, wild news from Arizona: Taylor Swift just announced the end of her heavily-publicized, seemingly never-ending feud with Katy Perry. Swift posted an Instagram story of the LITERAL OLIVE WREATH that Perry sent her ahead of her first Reputation world tour show. “Thank you, Katy,” Swift wrote with a double heart emoji, so you know the peace token was accepted.

There was a dog on the envelope, and what’s legible of Perry’s handwritten note is as follows: “Hey old friend—I’ve been doing some thinking on past miscommunications and feelings between us and wanted to clear the air…” The words “deeply sorry” can also be read.

It’s been four years since Perry and Swift’s public feud started. Back then, Swift told Rolling Stone about a frenemy widely speculated to be Perry who inspired her song “Bad Blood.”

For years, I was never sure if we were friends or not,” Swift said. “She would come up to me at awards shows and say something and walk away, and I would think, ‘Are we friends, or did she just give me the harshest insult of my life?’ [Then] she did something so horrible. I was like, ‘Oh, we’re just straight-up enemies.’ And it wasn’t even about a guy! It had to do with business…She basically tried to sabotage an entire arena tour. She tried to hire a bunch of people out from under me. And I’m surprisingly nonconfrontational—you would not believe how much I hate conflict. So now I have to avoid her. It’s awkward, and I don’t like it.

Perry told James Corden last year that “well, there’s a situation [between me and Swift]. For sure, that’s true. There’s a situation. Honestly, it’s really like she started it, and it’s time for her to finish it.”

Perry did apologize to Swift during her Witness livestream in June. “I’m ready to let it go,” she said during an interview with Arianna Huffington’s Thrive Global Podcast. “Absolutely, 100 percent. I forgive her, and I’m sorry for anything I ever did, and I hope the same from her, and I think it’s actually—I think it’s time.”

Only took a couple months for Swift to accept it, but here we are. Anything’s possible!