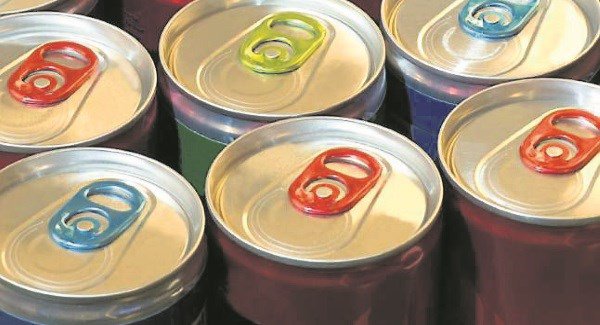 Teens who consume too many energy drinks are also known to suffer from dehydration, tremors, heat stroke and heart attacks. Now the focus is on behavior. Are energy drinks turning teens into hyperactive, unhealthy, disobedient delinquents? Public perceptions seem to be shifting towards believing that.

In January, celebrity chef Jamie Oliver launched a campaign calling for a ban on sales of these drinks to children, and UK supermarkets wasted no time taking action. Waitrose was first, announcing plans to ban sales of the strongest drinks to under-16s. Others swiftly followed, vowing to introduce bans in March.

It seems common sense that a cocktail of stimulants will make kids hyperactive, but is there any actual evidence that energy drinks are harming children? The industry often compares the amount of caffeine in energy drinks to that in a cup of coffee, suggesting it must be safe. But new research suggests that the unique mix in energy drinks may pose higher risks.

An alarming increase in the consumption of sports and energy drinks, especially among adolescents, has been found to cause irreversible damage to teeth and erode tooth enamel.

Two research papers, suggest that concerns over levels of caffeine and sugar in energy drinks, and their effects on young people who drink them, are mounting.

Understanding what is in the beverages is key to managing that risk. Campaigners for a ban say it is important to distinguish energy drinks from sports drinks. Sports drinks contain lots of sugar, plus electrolytes, and are designed to quench thirst and rehydrate you after heavy exercise. It is the sugar in sports drinks that tends to be of concern. High sugar intake poses long-term risks of obesity, dental cavities and type-2 diabetes.

What sets energy drinks apart is the combination of high sugar content and powerful stimulants, mainly caffeine, which rapidly and temporarily increases alertness, attention and energy in consumers. This can be followed by drowsiness and a slump when the effects wear off.

The FDA says they are powerless to change formulation of energy drinks. “We have no guidance or regulations that govern the formulation of energy drinks,” said FDA spokeswoman Susan Cruzan. The agency does not have the authority to do that.Cruzan said. “Under current law, the manufacturer is responsible for ensuring that its products are safe and such products do not require FDA premarket review or approval.”

“There’s a tremendous amount of caffeine in these drinks,” Jeanna Marraffa, a clinical toxicologist at the Upstate New York Poison Center told USA TODAY. “I would say: know what’s in these products, have a sense of how much you’re consuming and realize they are not safe. Certainly you can have toxic effects from them.”

This sudden rush is reportedly causing problems in classrooms. In a survey of thousands of UK teachers in 2016, 13 percent blamed poor pupil behaviour on energy drinks. A 2015 study by Yale University found that students aged 11 to 14 who reported drinking energy drinks were 66 per cent more likely tobe hyperactive or show a lack of concentration.

“The bottom line is that teachers perceive these drinks create disruption,” says Amelia Lake of Teesside University, UK, and co-author of a study published in November. It used focus groups with parents and pupils to explore the effects of energy drinks. “The kids end up bouncing off the walls, become jittery, uncontrollable, are unable to concentrate and have slumps in the afternoon,” she says.

Energy drinks have also been reported to disrupt sleep, probably because of their caffeine content. If this happens, Lake says, it could impair the growth of the adolescent body and brain, which occurs mainly during sleep.

Caffeine has other potential effects on health, too. A Europe-wide review published in 2014 by researchers at the World Health Organization cited a range of symptoms associated with high caffeine intake, including palpitations, high blood pressure, nausea, vomiting, convulsions and even, in extreme amounts, d eath. It cited US studies that found associations between energy drinks and high-risk behaviours including fighting, sexual risk-taking, failure to wear seatbelts, taking dares, smoking, drinking and illicit drug use.

Concern over energy drinks is growing because consumption is widespread and rising. A report by the European Food Safety Authority (EFSA) in 2013 found that across Europe, 68 per cent of adolescents and 18 per cent of children aged 10 and under were knocking them back. In the UK, the corresponding figures were 69 and 24 per cent, and young Brits were drinking the highest volumes, at 3.1 litres per person per month versus the European average of 2 litres. Some “high chronic” drinkers consume 7 litres per month. A more recent study says UK sales of energy drinks to all age groups increased by 155 per cent between 2006 and 2014, from 235 to 600 million litres.

With these apparent risks to young people, why haven’t countries been rushing to stop children buying energy drinks? One reason is the assumption – both by regulatory bodies and the drinks industry – that a specific amount of caffeine has the same effect on health and behaviour whether it is drunk in an energy drink or in coffee.

Among the energy-drink consumers, 25 per cent had experienced fast heartbeat, 24 per cent difficulty sleeping, 18 per cent headaches, 5 per cent nausea and vomiting and 3.6 per cent chest pain. In general, energy drink consumers reported adverse events at roughly double the rate of coffee drinkers.

“Our findings indicate that the adverse events from energy drinks are significantly higher than from coffee,” says David Hammond of the University of Waterloo in Canada, who led the work, published last month (CMAJ Open, doi.org/cj34). “Our findings and those of an increasing number of other groups challenge the ‘equivalence’ assumption.”

“These drinks all have other stuff, not just the caffeine,” says Marcie Schneider of Greenwich Adolescent Medicine in Connecticut. This includes taurine, which acts like caffeine, and guarana, which increases its potency. “I would love it if safety levels were revisited.” She was an author of a study for the American Academy of Pediatrics in 2011 concluding that energy drinks “are not appropriate for children and adolescents, and should never be consumed [by them]”.

New Scientist put Hammond’s findings to the British Soft Drinks Association, which said that it refers any new evidence to the EFSA. “We will be guided by EFSA if there is new evidence, but there’s nothing yet that’s changed the opinion of EFSA on the amount of caffeine in energy drinks,” says a spokesperson.

An EFSA spokesperson said that the agency never comments on a single paper unless specifically requested to do so by governments or the European Union.

The EFSA recommends safety levels for caffeine in the EU, but member states are free to set their own limits and conditions, and Lithuania banned the sale of all energy drinks to under-18s in 2014. Almantas Kranauskas, head of nutrition at Lithuania’s Ministry of Health, says the government doesn’t track consumption statistics, but the ban appears to be having an effect. “Frequent media stories about overdosed pupils going to hospitals disappeared after the ban, and we believe children became more patient and less anxious in schools,” he says.

But in the UK, the flurry of supermarket action has raised the prospect of a national ban, something campaigners like Jamie Oliver believe is necessary to stop children buying the drinks from smaller outlets. “While it’s fantastic that supermarkets have shown such brilliant leadership on this issue, government must legislate, because children can still buy these drinks from convenience stores,” says Cath Elliston of Oliver’s team.

The UK government has already taken some action in this area. A tax on drinks containing excess sugar comes into force in April, and many manufacturers have reduced the sugar content of their products as a result.

“It would be a big success to get [a ban] legislated,” she says. “It would change perceptions and understanding of where these products are appropriate, and bring a new generation of children who know these are not for kids, creating a new norm on a par with smoking and alcohol.”