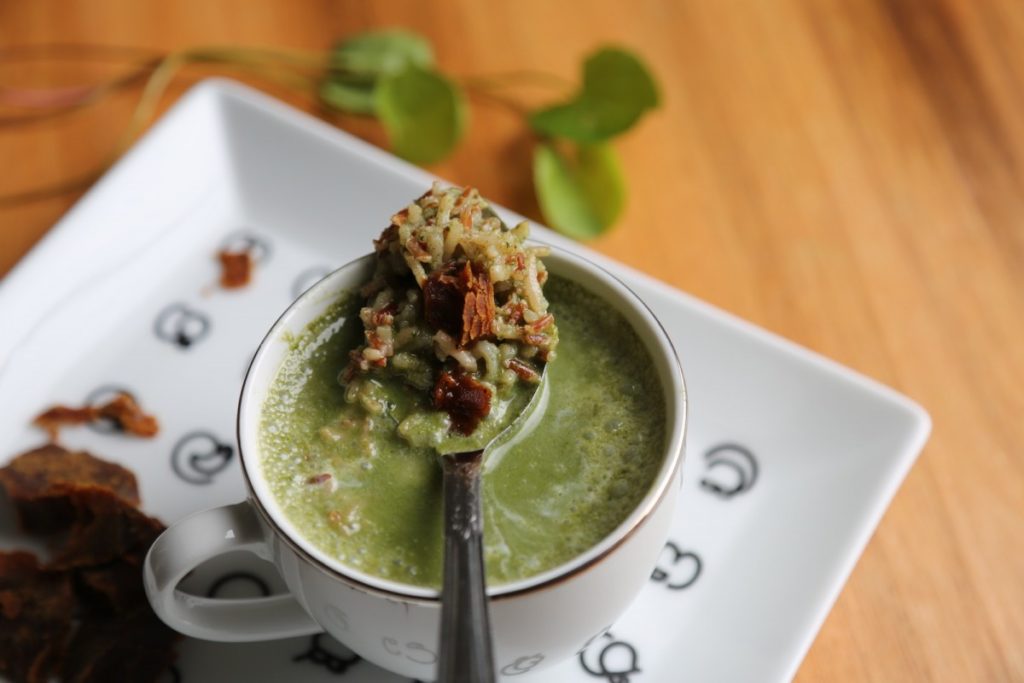 Anxiety has reached epidemic proportions in the United States with over 40 million people affected. Anxiety disorders cost the U.S. more than $42 billion a year, almost one-third of the country’s total mental health bill.

Every year, millions of prescriptions are written for anti-anxiety medications like Xanax and Ativan making them some of the most commonly prescribed drugs. They belong to a group of drugs known as the benzodiazepines.

The exact mechanism by which benzodiazepines work is not fully understood, but it’s believed they raise levels of the calming neurotransmitter gamma-aminobutyric acid (GABA) or increase GABA receptor sensitivity. Other medications that belong in this group, commonly referred to as “benzos,” include brand names such as Centrax, Dalmane, Klonopin, Librium, Paxipam, Restoril, Serax, Tranxene, and Valium.

These drugs can stop anxiety or a panic attack in its tracks. Relief is experienced quickly — often within 30 to 60 minutes — and generally lasts 11 to 20 hours. While these drugs may at first seem like a miracle if you struggle with anxiety, there are many reasons to avoid taking them if at all possible. As the Chinese saying goes, “The bigger the front, the bigger the back.” And these drugs have a very big back.

The Downside Of Anti-Anxiety Drugs

Benzodiazepines like Xanax and Ativan come with a very long list of side effects. According to RXList.com, they commonly make people feel drowsy, dizzy, weak, confused, or unsteady. Other reported side effects include depression, disorientation, headache, mental confusion, irritability, aggressiveness, memory loss, and sleep issues. Long-term use can increase your risk of dementia. One study found that the more benzodiazepines you take cumulatively, the greater your risk of Alzheimer’s disease.

Anti-anxiety medications are designed for short-term use — a few weeks or months at best — since they are highly addictive. After four to six months they generally stop working which is typical of any addictive substance. Users develop a tolerance needing more and more to get the same effect.

While it often takes months for people to develop an addiction, for some it can occur much faster — in as little as a few weeks. Once you are hooked, quitting these medications is really tough. In fact, they are right up there in the “top 10” hardest addictive substances to kick along with heroin and cocaine.

If you do decide to quit taking Xanax, you can expect to experience some pretty severe withdrawal side effects, including anxiety, insomnia, restlessness, muscle tension, and irritability. You are right if you noticed that these sound a lot like all the reasons you decided to take it in the first place. But it can be much worse. Some users experience depression, nausea, blurred vision, sweating, hallucinations, delusions, and seizures.

There are certain groups of people who should never take these drugs. You should not take benzodiazepines if you are pregnant, over 65, or prone to addictions. You should never take them if you drink alcohol or take other drugs, either prescription or recreational. Benzodiazepines send over 100,000 people to the emergency room every year. Over 80 percent of these visits are due to interactions with other drugs or alcohol. In rare cases, these interactions can be fatal.

And lastly, these drugs don’t work for everyone. A minority of those who take them experience paradoxical reactions and feel more anxious, impulsive, and aggressive.

If you are thinking that these drugs, sometimes referred to as “mother’s little helper,” don’t sound all that helpful, you are absolutely right. Fortunately, there are many natural alternatives to anti-anxiety drugs.

Here are some natural alternatives to Xanax, Ativan, and other prescription anti-anxiety medications. Most of these have been shown to be effective without side effects in scientific studies, while all have a substantial and often long history of use in traditional and alternative medicine.

with niacin, picamilon provides a workaround to get GABA into your brain. This “new and improved” form of GABA provides prescription-strength benefits for anxiety, depression, high blood pressure, and migraine headaches. It has nootropic qualities and is popular among college students who use it to increase focus and memory. It’s thought to specifically help with social anxiety.

should definitely be on the top of any natural anxiety relief list. This traditional tea has been safely consumed as an integral part of the South Pacific culture for over 3,000 years. When tested against the antidepressants Buspirone and Opipramol, kava was found to be equally effective for anxiety and generalized anxiety disorder (GAD) as the prescription drugs. Kava works, in part, by increasing GABA.

You may come across warnings that kava can cause liver damage, but this is a bogus scare. Decades ago, kava was implicated in a handful of liver-related deaths, yet 85 studies failed to definitively link them to kava. The NIH concluded that the risk of liver damage from taking a kava supplement is less than one in one million, making it several order of magnitudes safer than Xanax. If you are still concerned, you can learn more about the liver toxicity scare here.

, formerly known as vitamin B8, is found in high concentrations in the brain. All major neurotransmitters rely on inositol for relaying messages between brain cells. Inositol makes an effective natural anti-anxiety remedy.

Inositol is found in most foods but in very small amounts. The average diet contains 1 gram of inositol. If you are taking inositol for therapeutic purposes, you’ll need to take up to 18 grams daily. Since most inositol pills and capsules contain 500 mg, this would require taking a lot of pills. Instead, consider taking inositol powder which can be mixed with water.

brings up thoughts of caffeinated cola drinks or kola nuts, but nothing could be further from the truth. Gotu kola is, in fact, a relaxing herb that’s an important part of some Asian cuisines. Yogis use it as a meditation aid since it’s thought to restore balance to the left and right hemispheres of the brain. Studies show gotu kola can increase calmness, contentedness, and alertness by 100 percent and reduce symptoms of anxiety and depression by 50 percent.

As the name suggests, Arctic Root

(also know as Rhodiola rosea) is found mainly in cold regions of the world. It was used traditionally in Chinese medicine to increase physical stamina and reduce fatigue due to stress. One way Arctic root works is by increasing the activity of the feel-good brain chemicals serotonin, dopamine, and norepinephrine. Arctic root alleviates symptoms of anxiety and seasonal affective disorder. It can also help fibromyalgia and chronic fatigue syndrome patients overcome the stress and anxiety that frequently accompany these disorders.

is an Indian Ayurvedic herb also known as tulsi, which means “the incomparable one.” Holy basil is thought to bestow its users with a long and healthy life. Holy basil alleviates anxiety by decreasing levels of stress hormones, especially cortisol. It provides significant relief to those with generalized anxiety disorder and related stress and depression.

Research supports the traditional belief that this revered herb offers a wide array of healing properties. It is antimicrobial and anti-inflammatory. It protects the liver, the heart, and the nervous system. It has anti-diabetic and anti-cancer properties. It can also help with other brain-related disorders, including depression, memory loss, insomnia, and migraine headaches. With all of these benefits, holy basil is considered one of Ayurvedic medicine’s most important healing herbs.

is another important herb in the Ayurvedic healing tradition. Its name literally means “smell of horse,” which is appropriate since it smells like a horse and is said to give the strength and stamina of one to those who take it. Ashwagandha reduces anxiety and depression without causing drowsiness. It works, in part, by increasing levels of the mood-boosting neurotransmitter serotonin while decreasing levels of the stress hormone cortisol. One study found that taking ashwagandha decreases cortisol by an impressive 27 percent. It is very helpful for those with the anxiety disorder agoraphobia.

The efficacy of ashwagandha for anxiety is based more on the reported success of traditional use than scientific evidence. According to naturopathic doctor Dr. Peter Bongiorno, author of How Come They’re Happy and I’m Not, “Most of the understanding we have about ashwagandha is based on its substantial anecdotal history and animal studies. But more clinical studies are being done.”

Anti-anxiety drugs are thought to work by increasing the neurotransmitter GABA and you can buy GABA supplements. But they generally don’t work since GABA is too large a molecule to enter the brain. A convenient way to bypass this problem is by taking GABA’s precursor taurine. Taurine

is an amino acid found in high concentrations in the brain, where it acts very much like GABA. It has a calming effect if you suffer from anxiety, stress, insomnia, or an overstimulated mind.

is an essential mineral that’s often missing from the modern diet due to magnesium-depleted soil and water. According to Dr. Carolyn Dean, author of The Magnesium Miracle, magnesium deficiency can be a major contributor to anxiety and panic attacks. She explains that when you are under stress, your body creates adrenaline, which causes a cascade of physical effects, all of which consume magnesium.

After decades of studying magnesium, she has found the link between anxiety and magnesium to be so strong that she flatly states, “To put an end to anxiety, magnesium must be replaced.” Note that there are many forms of magnesium and some are more bioavailable than others. Magnesium oxide, for example, is a popular, inexpensive form, but studies show that its fractional absorption (bioavailability) is only 4 percent. Dr. Dean recommends magnesium citrate as a good all-purpose magnesium supplement. You also might want to look into magnesium oil which is applied topically, especially if you are susceptible to oral magnesium’s laxative effect.

People around the world have a love affair with caffeine. Over 80 percent of Americans drink coffee every day and millions more get their caffeine from energy drinks, soda, and tea.

But one of the best tips to reduce anxiety is to go caffeine-free. The latest edition of the Diagnostic and Statistical Manual of Mental Disorders (DSM-5), the American Psychiatric Association’s compendium of mental health conditions, recognizes four caffeine-induced disorders. The link between caffeine and anxiety is so strong that one study concluded that, “Assessment of caffeine intake should form part of routine psychiatric assessment and should be carried out before prescribing hypnotics” and that, “Decaffeinated beverages should be provided on psychiatric wards.”

If you aren’t ready to go totally caffeine-free, consider switching to green tea. Its modest amount of caffeine is offset by the compounds l-theanine and EGCG (epigallocatechin-3-gallate). These relaxing compounds have the unique ability to alter your brainwave patterns to induce a mental state similar to that achieved during meditation.

Other supplements to consider include B complex vitamins, chamomile, valerian, bacopa, ginkgo, ginseng, and oregano oil. The appropriate use of calming essential oils, especially lavender oil, can soothe away stress and anxiety.

And lastly, not all natural alternatives to Xanax, Ativan, and anti-anxiety drugs are physical substances that you ingest or apply — some are things you do. Physical exercise, breathing exercises, meditation, and mind-body healing techniques like biofeedback, hypnosis, or Emotional Freedom Technique (EFT) should be considered as well. These techniques can help you address the root cause of your anxiety, ultimately freeing you from the need to take anti-anxiety pills of any kind.