Home Furilia Tired or Dizzy During Your Period? You Might Have HMB 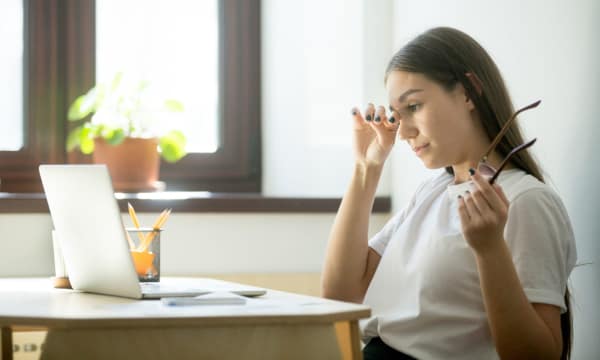 Tired or Dizzy During Your Period? You Might Have HMB

Most people who have periods find them unpleasant. From having symptoms like cramps, headaches and bloating to just plain having to bleed three to seven days a month, periods can put a real damper on your life. Some unlucky folks even experience something called heavy menstrual bleeding, or menorrhagia, a medical condition in which your period is abnormally heavy, long or both. Nearly a third of menstruating people get treatment for HMB at some point.

The Mayo Clinic describes HMB as a period that impacts your life so much you’re unable to live life the way you would if you had a normal period because of such severe blood loss and cramping. But how much do you have to bleed for it to be considered HMB? Needing to change your pad or tampon once an hour or more or having to empty a menstrual cup much more frequently than normal is one sign you’re bleeding too much. Having to double up on pads or waking up in the middle of the night to change your pad or tampon are as well.

More: Does My Period Really Stop When I Go Swimming?

Other symptoms of HMB include having blood clots that are bigger than a quarter and bleeding for more than a week. Also, look out for signs of iron deficiency anemia, like fatigue or easily becoming short of breath and bleeding between periods or after menopause.

If you believe you may have HMB, it’s important to get in to see a doctor as quickly as possible. Sometimes, the cause of HMB can’t be found by a doctor, though it is often caused by a greater health concern, such as a hormonal imbalance due to polycystic ovary syndrome or issues with the thyroid. Other causes of HMB include polyps, fibroids, endometrial cancer, using an IUD and using certain medications.

There are several tests a doctor might run to determine the cause of HMB, like a simple blood test, an endometrial biopsy, a Pap test, an ultrasound or an X-ray. After that, your doctor can go about treating HMB and/or the cause of it. A doctor will then base treatment on your medical history, how severe the HMB is, what causes it and whether you plan to have children.

More: 7 Symptoms That Might Indicate Your Period Is Coming

HMB is something that can affect all menstruating people, though the cause of it can differ by age. For children and teenagers, anovulation is often the culprit. Anovulation is a phenomenon in which an egg doesn’t form and then ovulation doesn’t occur. The older you are, the more your risk for endometrial cancer gets and the greater your HMB being caused by cancer becomes, according to the Mayo Clinic.

It’s always important to pay attention to your body, particularly changes that occur for seemingly no reason. This includes how much you bleed while on your period. It isn’t senseless or silly to be proactive about your health and get checked out. Even if the cause of HMB isn’t serious or life-threatening, it’s better to have that knowledge, that peace of mind.