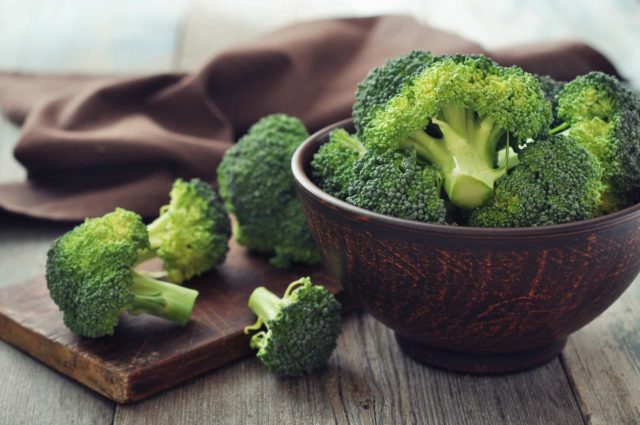 Symptoms of anxiety, depression, and high levels of stress are observed in many people around the world. Not only does this affect their mental state, it also leads to weight gain. In stressful situations, the body produces the hormone cortisol, which kindles appetite. As a result, insulin levels rise and blood sugar drops. From here comes the craving for junk food. We are in the magazine “Furilia” we’ll tell you what to eat so that you don’t gain weight and cope with depression.

Next time, instead of reaching out to fast food, “put stress on” with something useful from this list!

These legumes contain a large amount of folic acid and magnesium, which help to cope with depression. According to studies, a diet that includes foods rich in magnesium reduces the risk of succumbing to spleen to zero.

The composition of this fermented milk product includes probiotics, which also fight against depressive states. They establish a connection between the intestines and the brain, helping to reduce stress levels.

Cow’s milk is rich in antioxidants, calcium, vitamin B12 and proteins. Scientists have proven that milk protein has a calming effect and lowers blood pressure.

Stress has a destructive effect on body cells, which require vitamin C and antioxidants to recover. It is enough to eat a handful of blueberries to bring tangible benefits to your body.

Research has shown that simple onions prevent oncology and reduce stress levels. This vegetable contains the antioxidant quercetin, which helps to cope with depression.

Eating oatmeal contributes to the production of the hormone serotonin, which is responsible for the state of calm and tranquility.

Scientists have proven that a Mediterranean diet reduces stress and depression. And it is based on the use of olive oil …

People who drink coffee moderately (keyword!) Are less likely to suffer from bouts of depression than those who rarely drink this drink or don’t like it at all.

This vegetable is rich in antioxidant lutein and helps not only to improve vision, but also to improve the psychological state during stress.

This fish contains a large amount of omega-3 fatty acids, which fight high levels of cortisol and adrenaline in the blood.

Almonds contain vitamins B2 and E, which protect the human immune system during stress.

These nuts contain a large amount of magnesium, and it is already known to help deal with depression.

This fruit has a lot of vitamin B, which is responsible for a good mood. This is because it increases the level of serotonin and dopamine in the body.

No other vegetable contains as much chromium as broccoli. Scientists have proven that this trace element plays a key role in the synthesis of serotonin, melatonin and norepinephrine – hormones responsible for well-being and mood.

The meat of this bird is useful in that it contains a large amount of protein and tryptophan, which help the body fight stress and depression.

This vegetable contains a lot of dietary fiber and folic acid, which are responsible for a good mood, thereby suppressing depressive thoughts.

Everyone has heard about the benefits of plain water, but they still drink sweet drinks. A large amount of sugar harms the body, including mental health, so it is important to avoid dehydration.

Eating mushrooms lowers blood sugar. In addition, they contain probiotics that are responsible for mood and the fight against depression.

This berry is rich in antioxidants that help the body cope with signs of stress and depression.

The leaves of this green contain a large amount of B vitamins, and they, in turn, increase the level of serotonin in the body, helping it fight the depressive state.

This cheese contains even more tryptophan than the turkey, which we wrote about above. This amino acid is responsible for the production of serotonin and the full functioning of the brain.

Canadian scientists have found that patients with depression have low levels of vitamin B6. Returning it to normal will help eating chickpeas, which are so rich in them.

These citrus fruits are a real storehouse of vitamin C, which not only lowers blood pressure, but also regulates cortisol, the stress hormone.

This fatty fish variety is rich in omega-3 fatty acids with anti-inflammatory effects. A study showed that people who suffer from depression and are on a diet high in this acid are quicker to recover.

Do not miss! Depression and Anxiety Might, In One Way, Be a Signal, Saying You Shouldn’t Have to Live This Way

Summer 2021 trends: what jewelry will fashionistas wear in the new season