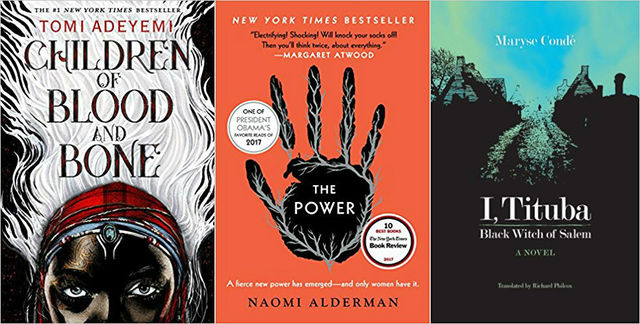 9 Witchy Books To Read This Halloween

Witches and witchcraft exist in all cultures and continue to capture our imagination. Don’t feel like going out trick-or-treating this Halloween and would rather stay in and curl up with a book?  Here’s what to read:

Children of Blood and Bone (Legacy of Orïsha, Book One) by Tomi Adeyemi 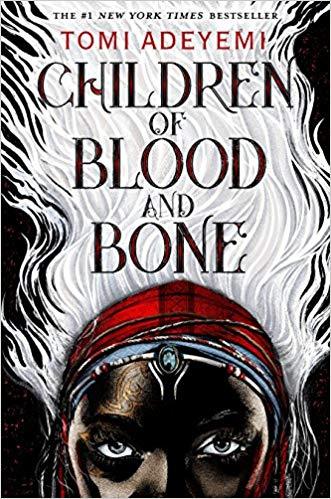 Tomi Adeyemi’s first novel is set in the kingdom of Orïsha, where magic and its practitoners, the maji, have been oppressed by King Saran, a non-maji. Traumatized by the memory of the raids, young Zélie one day realizes her magical powers. Soon, she finds like-minded friends (including Amari, the crown princess), and they set out on a quest to find the Sunstone, an artifact that will help them take their powers back. With King Saran’s forces, led by Inan, the crowned prince, at their heel, they need to reach the Holy Temple before the solstice. If Zélie fails, Orïsha will lose magic forever. This quest is only complicated by Zelie realizing she has feelings for Inan…

The Power by Naomi Alderman 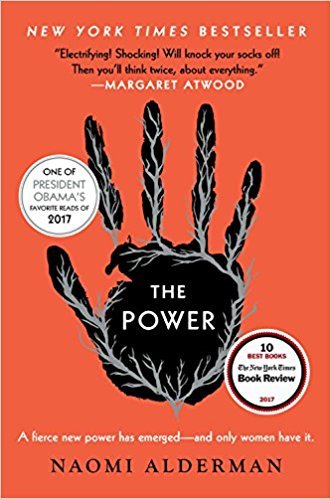 “If the world didn’t need shaking up, why would this power have come alive now?” In a world similar to our own, all of a sudden, fifteen-year-old girls possess the power to release electrical jolts from their hands. Chronicler Neil Adam Armon has set out to trace the history of the power, from its beginnings to the installation of a matriarchy, in which he lives. The tone rising from lyrical observations of power to biting satire, The Power is both a feminist manifesto and an indictment of our time.

A Secret History of Witches by Louisa Morgan 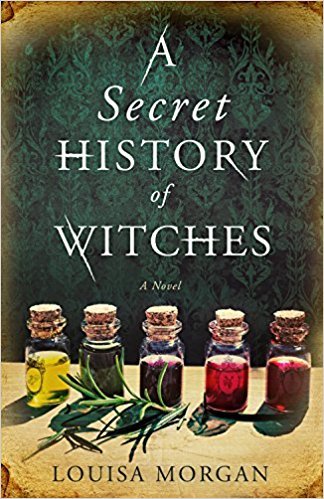 A Secret History of Witches follows the women of the Orchire family from 1821 to 1945. The Orchire family, who are Romani, have to flee Brittany in 1824 after being harassed by a priest. The gift of magic gets handed down through the female line. Devoting one chapter to each witch, the novel becomes a family chronicle as well as a chronicle of European History (the Queen Mother even makes an appearance). While the witches’ form of magic, their familiars, and their circumstances change, one thing doesn’t: Their need to keep their gift a secret, especially from men: “Despite all the power they may have over us, they fear us. We resist. That frightens them. Men hate being afraid, so they hate us instead.” The Secret History of Witches is not only a testament to witches and their powers, but the bond between mothers and daughters.

The Bone Witch by Rin Chupeco 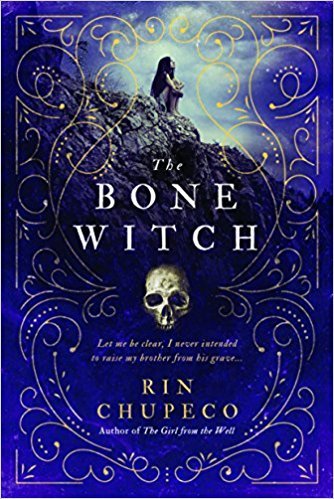 Twelve-year-old Tea accidentally brings her brother back from the dead. Turns out she is a bone witch, one of the rarest, most powerful, but also most feared ashas in the eight kingdoms. While Tea undergoes rigorous training, the reader gets to glimpse into the future in which Tea is an outcast, resurrecting the monsters she was trained to slay. 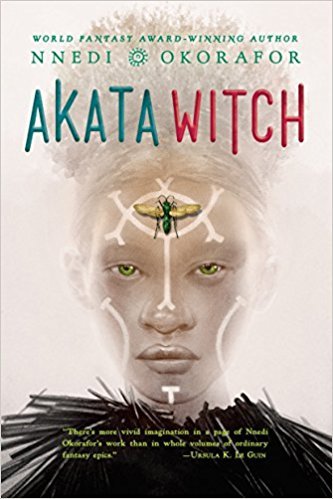 Sunny seems to not fit in anywhere. Having grown up in the US, she is now back in her ancestral home of Nigeria. She is the only girl in her family, and because she is albino, she’s an outcast at school. Until she becomes friends with Chichi and Orlu. Soon, she learns that she is a part of the Leopard People. If that isn’t enough, she also has to find a killer on the loose. Akata Witch is an empowering, coming-of-age story for young adults and grown-ups alike. 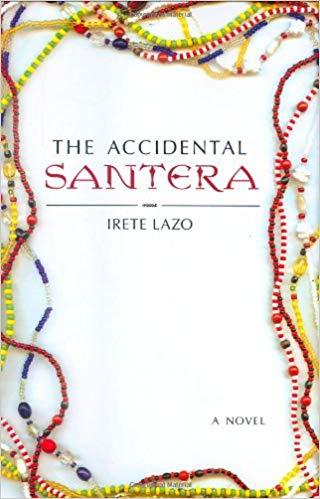 This fun-to-read novel follows Gabrielle Segovia, a biologist on her way to reconnect with her family’s tradition: the practice of Santeria. While Gabby is trying to find a way to connect her scientist identity to her witchcraft identity, she also faces the challenges of being a Latina in the United States and a woman of color in the white-male dominated STEM community. She also has to contend with a two-faced colleague trying to steal her research, all while trying to conceive a baby and save her strained marriage. She does have her ancestors on her side, though…

What Should Be Wild by Julia Fine 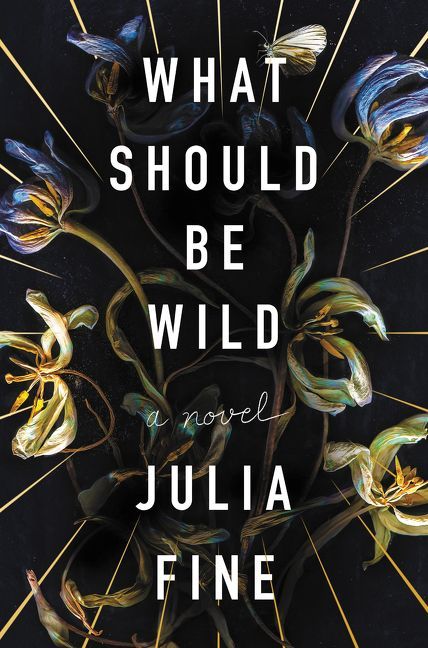 Maisie Cothay is cursed. Born with the ability to hurt or kill by touch, she has grown up sheltered in the countryside, with only her father and Mrs. Blott, the housekeeper, to raise her. It is, however, not just Maisie who is cursed—the forest around their house is cursed too. People who enter are never too be seen again, especially the women in her family. One day, it is Maisie’s father who vanishes, and Maisie enters the wood in search of him—only to find more than she expected. 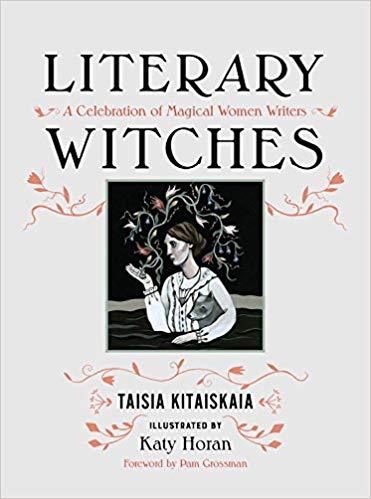 This lovingly illustrated book is a compendium of women writers who had the magic touch, from Emily Brontë to Yumiko Kurahashi. As Pam Grossman writes in the foreword, “the witch […] is a woman who stands entirely on her own. She is more often than not an outsider, and her gift is transformation.” The women featured in this book are rebels and outsiders, but their books always carry the power to change both the reader and the world they live in.

I, Tituba, Black Witch Of Salem by Maryse Condé 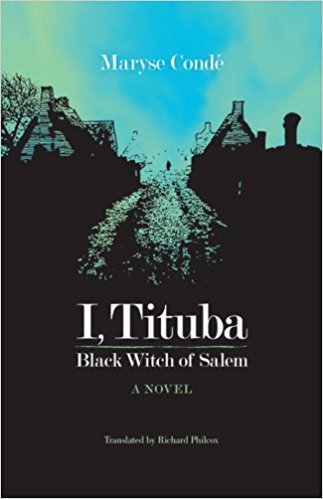 This 1986 classic tells the story of the Salem Witch trials from Tituba’s perspective. Maryse Condé uses the historical knowledge we have of the real person Tituba, and combines it with rich imagery. Growing up an orphan in Barbados, Tituba is taken under the wing of a famous herbalist, Mama Yaya, who teaches her everything she needs to know. Tituba falls in love with and marries a slave, John Indian, and is then sold into slavery as well. Together, they are brought to Salem, where Tituba survives the witch trials by confessing. Back in Barbados, however, the situation has changed, and Tituba finds herself accused of revolution.

READ MORE 5 Love Languages: I Could Only Wish I Knew Them Sooner

Verena Hutter hails from Germany, and came to Portland, OR by way of New Zealand, Minnesota, California and Indiana. She is a freelance writer and editor. Her interests include tattoos, body theory and politic, transnational/transcultural perspectives. She also blogs about life with Crohn’s Disease at www.morbuscrohnicles.com and you can find her on Twitter @hutterverena.