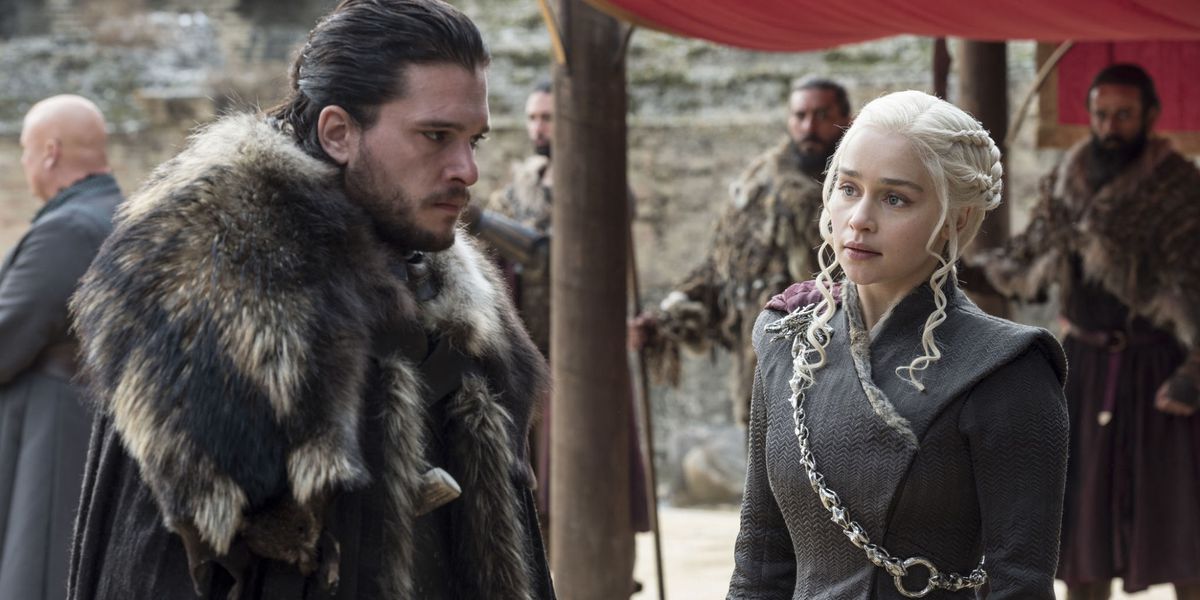 A New Game of Thrones Prequel Series Is On The Way

Wondering where you were going to get your fill of Starks and battles and white walkers after Game of Thrones ended? You can end your fretting now: According to Entertainment Weekly, HBO has officially greenlit a pilot for a prequel series.

George R.R. Martin, who wrote the books that the series is based on, will collaborate with writer Jane Goldman (who wrote the script for the upcoming Disney live-action The Little Mermaid film) on the drama; the current showrunners, David Benioff and D.B. Weiss won’t be involved. They’re probably too busy making Star Wars films!

If you’re thinking you might see a baby Jon Stark, you’d be wrong—the prequel goes way, way back to the fictional world’s “Age of Heroes,” which takes place 10,000 years before we first meet the Starks in Game of Thrones. According to HBO, the series will cover “the world’s descent from the golden Age of Heroes into its darkest hour. And only one thing is for sure: From the horrifying secrets of Westeros’ history to the true origin of the white walkers, the mysteries of the East, to the Starks of legend… it’s not the story we think we know.”

Just like Jon Snow, the only thing we know is that we know nothing. As yet, there’s no title for the pilot. With the final season of the show returning in 2019, it’s unlikely we’ll see the prequel until the year after. The pilot doesn’t yet have a title, either—but it already has our attention.