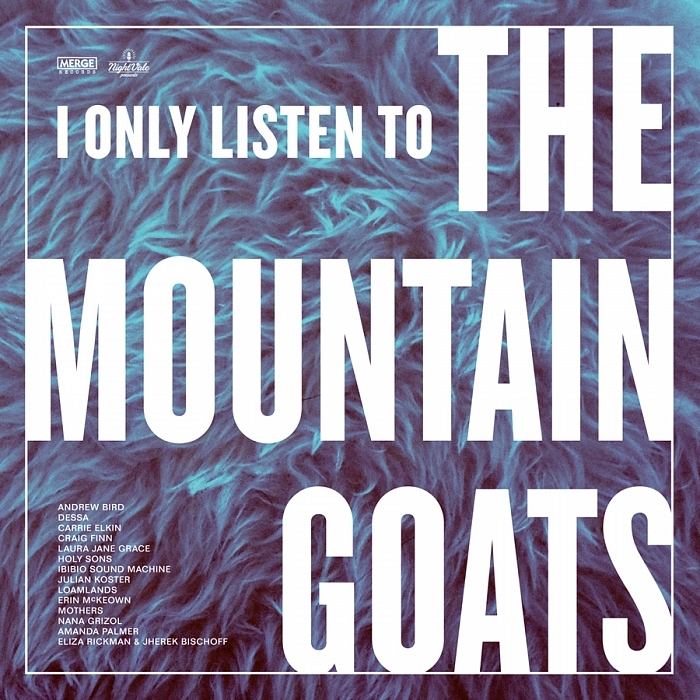 Album Review: Various Artists – I Only Listen to the Mountain Goats: All Hail West Texas / Releases / Releases // Drowned In Sound

I Only Listen to the Mountain Goats isn’t just a tongue in cheek line super fans of the The Mountain Goats use to distinguish themselves from ‘fans’, but it’s a compilation album of covers from their seminal All Hail West Texas album and also a podcast. It’s presented by Joseph Fink, the creator of the incredible Welcome to Night Vale and Alice isn’t Dead podcasts, alongside Mr. Mountain Goats himself, John Darinelle. Each starts with the original song for the episode played in full, followed by conversations between the pair relating to it. Halfway through the artist who is going to be covering the song is introduced and they explain either their thoughts on why they approached the cover or why they loved the song in the first place. This conversation usually takes place with Fink and Darnielle, but sometimes it’s one of the other, then the podcast ends with the cover.

The beauty of the show is how it is a deep dive into the creative process. Darinelle is brutally frank about his life, his addictions, faith, his love of metal, what the songs are about, how and why they were written and recorded. He has that rare gift of being able to say something incredible profound and warming, then come off like the more pretentious and pompous man alive, to a few seconds late be the most endearing.

As an interviewer Fink asks probing questions, or as probing as you can be when you are hanging out with a hero, and lets Darnielle ramble on much longer than a normal interviewer would because he knows that eventually he will return to the source material with an excellent story that may never have been heard otherwise.

This compilation of songs from the show opens with Laura Jane Grace covering ‘The Best Ever Death Metal Band in Denton’. This is probably one of the most popular, and well known, Mountain Goats songs, and <Grace delivers a truthful and almost carbon copy of it, i.e. just her singing whilst playing it on an acoustic guitar. Sometimes it is annoying when musicians deliver a carbon copy of a song for an album like this, but in ‘The Best Ever Death Metal Band in Denton’ case it works perfectly, as she reminds us why we fell in love with this song in the first place. Its simplicity and the passion the fervour of its vocal delivery.

Loamlands deliver a fairly safe full band cover of ‘Fall of the Star High School Running Back’. There is nothing particularly wrong with it, but it’s pedestrian and the lyrics, which are generally the main event of a Mountain Goats song, are lost in an electric licks overdrive. The next song however seriously ramps things up. ‘Colour in Your Cheeks’ is covered by the afro-funk-pop outfit Ibibio Sound Machine. Their version starts off with a hypnotic and cascading guitar riff which fades out before a stark drum beat and Eno Williams’ vocals kick in. Woozy pop synths take over from the guitars and adds to the melancholic nature of Darnielle’s lyrics.

Craig Finn‘s version of ‘Fault Lines’ also mixes things up. The Hold Steady frontman opens his cover with haunting piano, before a combination of pounding beats and psychedelic flourishes deliver possible some of the poppiest moments on the album. Finn appears to understand what makes The Mountain Goats’ songs great and his vocal delivery is almost perfect for ‘Fault Lines’ derision for material living. Another high watermark is Erin McKeown‘s take on ‘Jenny’. Like Grace’s cover this is a fairly honest take. McKeown’s delivery is more playful and she appears to be relishing performing ‘Jenny’. But unlike Grace’s cover, McKeown has brought a fiddle playing friend along. The use of fiddle really helps sell the ‘Hi diddle dee dee, goddamm, The pirate’s life for me’ line’.

The stand out track is ‘Jeff Davis Country Blues’ by Julian Koster – him off of Neutral Milk Hotel and The Music Tapes -, which is worth the price of admission alone. His cover does what all great covers should do. It takes the elements from the original that make it great and incorporates them into the covering artist’s style to make something new and exciting. At just over two minutes it’s the second shortes song on the album, but feels like it has the most crammed in. As with a lot of Koster’s music ‘Jeff Davis Country Blues’ has exquisite melodies that have a dream like quality. Koster explained on the podcast that the song came to him in a dream. Whether this is the truth or a nice story to explain a lurid cover doesn’t really matter as this version is exquisite and surpasses the original. Despite being an instrumental you can almost hear the lyrics coming from his singing saw.

Let’s hope that Fink has done enough to make Darnielle, and Merge Records, interested enough to go ahead with a second season. It would be nice to see him pick a lesser known album with a more varied variety of artists involved. That being said the album is loaded with incredible covers from some heavy hitters of the last decade’s indie scene with Andrew Bird and Amanda Palmer topping the list, which is more than enough to make us dance like drunken sailors.