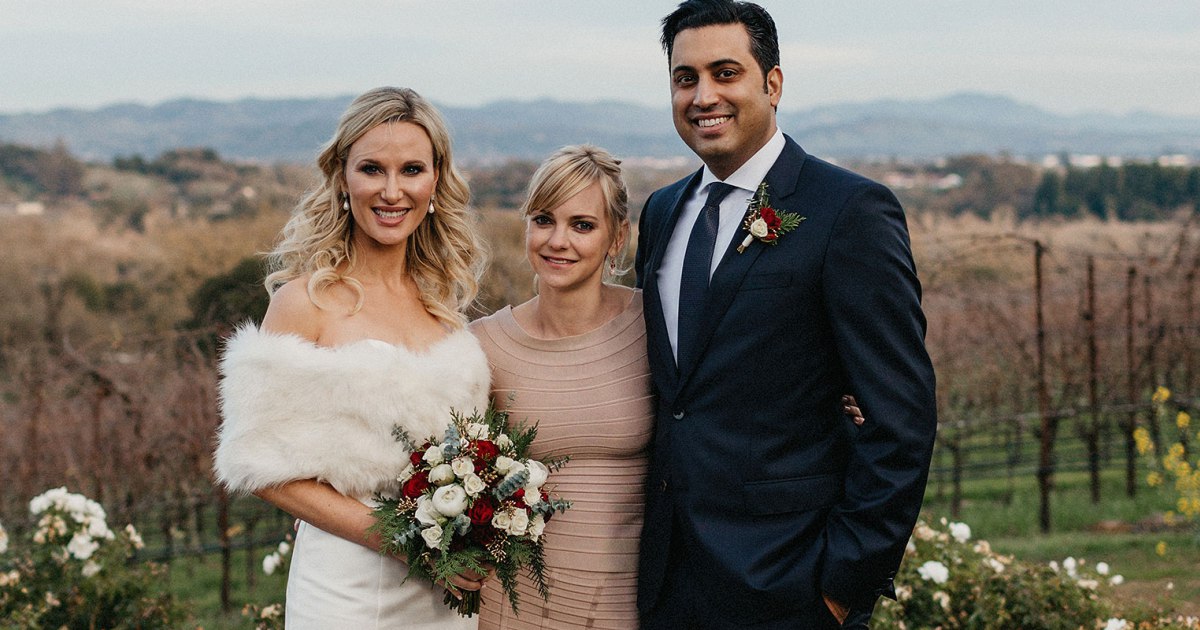 Anna Faris could be the first celebrity wedding officiant to wear Ugg boots for the job.

The actress, 41, was front and center at the wedding of her Anna Faris Is Unqualified podcast co-host’s wedding Friday at the Thomas George Estates in Healdsburg, California, and wore the hottest boots of 2007 to marry Sim Sarna and his new wife, Amy.

In photos taken by Melissa Atle for Weddings by Sunnyside, Faris wore a light pink dress with her hair in a bun as she smiled at the camera alongside her friends.

Several people loved Faris’ boots, complimenting her in the comments.

Someone else commented, “Ugh just when I thought I couldn’t love @annafaris anymore she wears Ugg’s while I’m sure being by far the best officiant ever. Congrats @simsarna and @amy_and_stausi all the happiness to you both.”

On Thanksgiving, Faris hinted her the couple’s wedding and her role in it while sharing an animated video of her officiating the ceremony and Sarna explaining how the two met.

Faris split with Chris Pratt in August, with the Jurassic World star filing for divorce earlier this month.

The actress, who is starring in a remake of Overboard, has been seen with rumored boyfriend Michael Barrett.

The cinematographer is the first man Faris has been publicly seen with since she announced her separation from Pratt after eight years of marriage. Faris and Barrett were seen on several dinner dates in October, stepping out twice in the span of two days at Modo Mio, an upscale Italian restaurant in the Los Angeles neighborhood of Pacific Palisades.