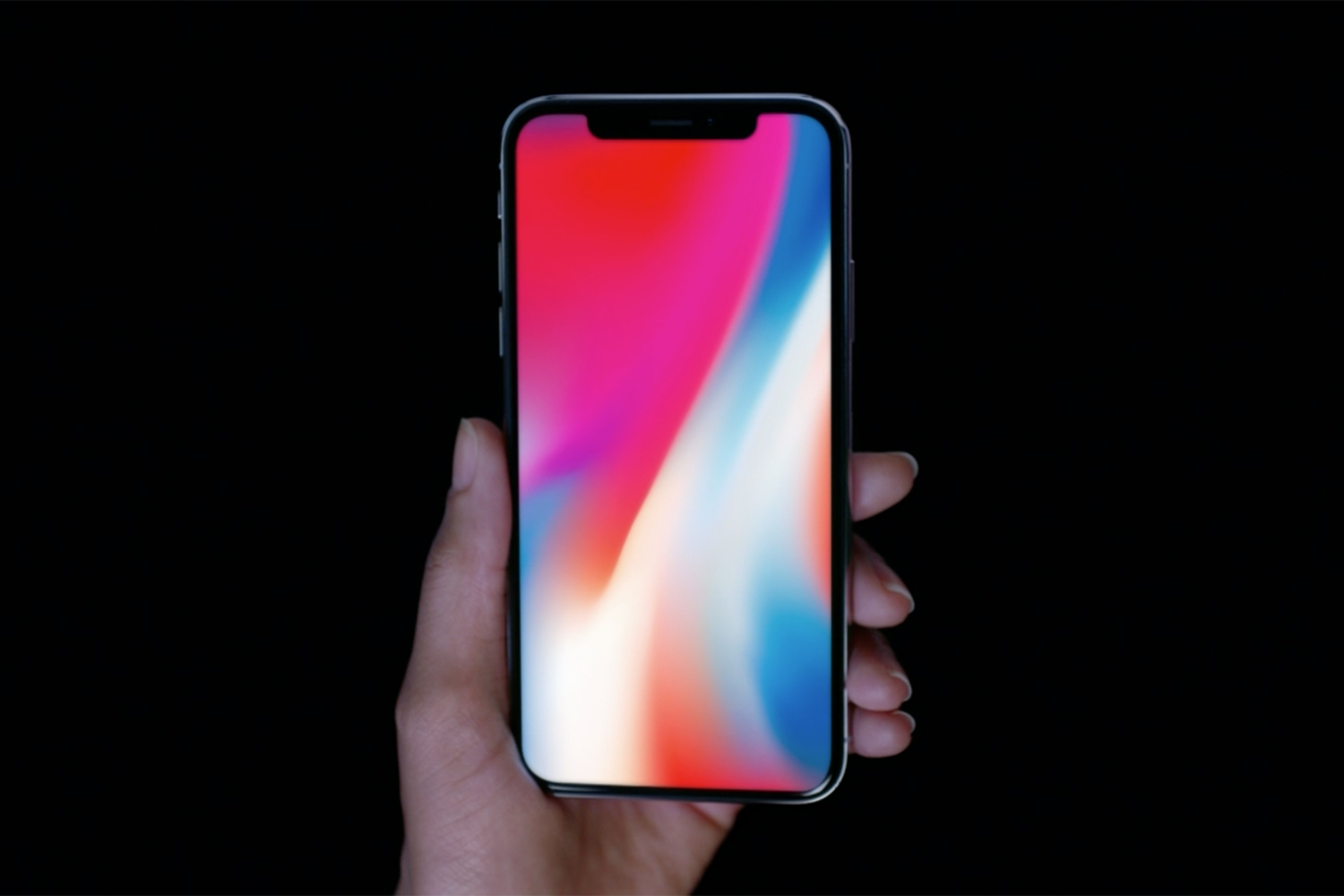 The app MeasureKit shows the wireframe model and other face data that the iPhone X opens to developers. (Photo by Jhaan Elker/The Washington Post)

Apple on Thursday said it sold fewer iPhones in the most recent quarter than a year earlier, a surprise slip during a critical period for the tech giant as it began selling the highly anticipated iPhone X.

Despite the decline in phone sales, Apple reported record profit in the all-important holiday quarter.

The company said it had sold 77.3 million iPhones, roughly 1 percent lower than its sales last year and far lower than analyst expectations of between 80 million and 83 million.

The $999 phone was intended to spark a new luxury market for the iPhone and help Apple spur new growth in its most important business. With features such as facial recognition and an all-screen front, Apple flogged the phone as a cutting-edge device that went beyond its normal yearly iPhone updates.

“We’re thrilled to report the biggest quarter in Apple’s history, with broad-based growth that included the highest revenue ever from a new iPhone lineup. iPhone X surpassed our expectations and has been our top-selling iPhone every week since it shipped in November,” Tim Cook, Apple’s chief executive, said in a statement.

While Apple reported $88.3 billion in revenue and $20 billion in profit, questions linger about how well it can keep up the profit momentum. The company predicted it will make between $60 billion and $62 billion in revenue over the next three months — lower than analysts had expected.

Apple’s guidance may indicate it’s selling fewer phones than expected next quarter. But Daniel Ives, analyst for GBH Insights said in a research note that the higher cost of phones and other positive signs such as growth in China will let Apple weather problems in the near term and “emerge a stronger fundamental story exiting 2018.”

Apple hasn’t seen its smartphone business shrink since 2016, when the firm reported its first annual drop in smartphone sales since the iPhone’s 2007 debut. In the past couple of years, Apple has faced constant worry that the iPhone — which accounts for nearly 70 percent of the company’s revenue — isn’t growing as quickly anymore.

Slowing growth is a problem more broadly in the smartphone market, as people increasingly hang on to their older phones. Verizon, for example, reported that it hadn’t seen many upgrades this holiday season because of that trend.

The Post’s Geoffrey A. Fowler replaced his iPhone 6 battery using Apple’s new replacement program. Was it worth the hassle? We answer that and more of your biggest questions. (Jhaan Elker,Geoffrey Fowler/The Washington Post)

But while fewer people seem to be buying new phones, the iPhone X has helped cushion the blow to Apple’s sales growth based on the amount of money the company made on each phone last quarter. The average selling price of the iPhone was $796, which beat analyst expectations of around $750.

Cook was asked whether the battery-replacement program Apple launched after it admitted to slowing down phones with older batteries would further prevent people from buying new ones. “It’s not something that we overly fixate on,” he said. He noted that Apple now estimates that 1.3 billion people in the world use an iPhone.

The company is facing lawsuits and is under government scrutiny for not telling iPhone users about the battery issue. Apple said Tuesday that it is “answering questions” from government agencies, though it did not explicitly confirm reports that is under investigation from the Department of Justice and the Securities and Exchange Commission.

Apple executives on Thursday also touted the success of the company’s businesses outside of the iPhone. Its services business, which includes the App Store, grew 18 percent to $8.5 billion in revenue. Cook also said it was the strongest quarter for the Apple Watch, though the company did not offer specific numbers.

The iPad, which has struggled in recent years, also posted its third straight quarter of growth.

Apple also highlighted that it continues to invest in other emerging areas of technology, such as augmented reality.

Analysts said that Apple will have to confront shifts in the consumer technology world, as smartphones become less desirable as hot products.

Continuing to bet on Apple is “a bet on the company’s ability to transition from their existing iPhone platform to an augmented reality-driven platform in the future,” Gene Munster, a noted Apple analyst and co-founder of Loup Ventures, said in an emailed note to investors after the report.

Apple’s stock jumped more than 3 percent in after-hours trading to $173.55.