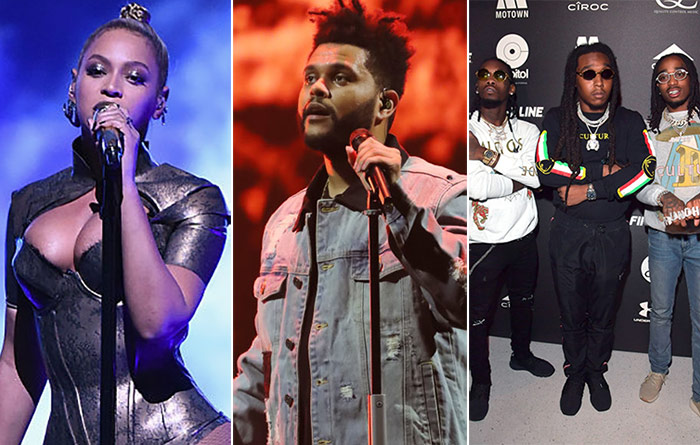 Can’t make it to Coachella? Don’t worry because the festival will be streaming select performances via YouTube.

Beyoncé, The Weeknd, Migos, and others will have their sets broadcast live online during Weekend 1 of the three-day desert festival, which runs from April 13-15 in Indio, Calif.

Eminem will headline Sunday (April 15), but as of now, his set is not confirmed for the livestream. The same goes for Cardi B, who announced her pregnancy over the weekend.

As of now, the T-Mobile-sponsored stream will only be available for Weekend 1. On-demand videos will also be available, according to the report.

Google is also a partner this year. “Hey Google, talk to Coachella” will prompt an interactive experience via Google Home, including trivia test, festival information, set times, travel notes, and exclusive backstage interviews throughout the weekend.