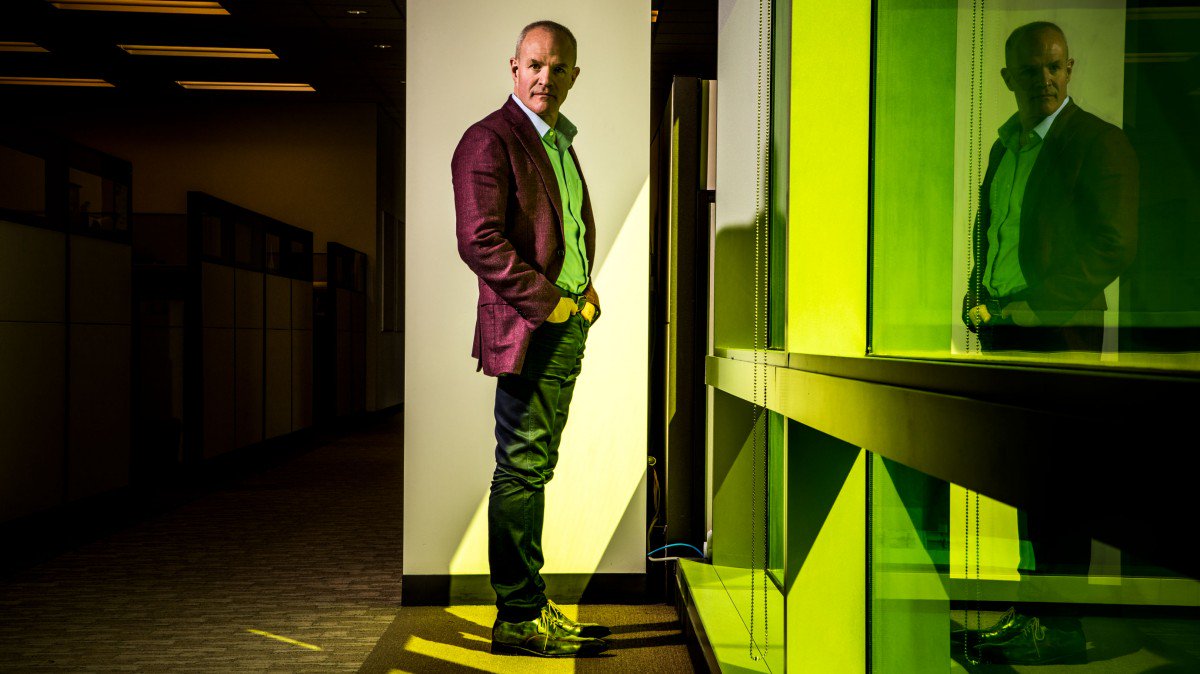 Biofuel. The scientist still fighting for the clean fuel the world forgot

In the closing weeks of 2008, the US Department of Energy invited politicians and press to a dedication ceremony for the Joint BioEnergy Institute in Emeryville, California. The state-of-the-art lab, backed by $125 million in federal funding, filled the top floor of a glimmering glass office building that reflected the grand hopes for advanced biofuels.

“It’s bringing together the best people in one location to work on what might be one of the most significant challenges of our time,” said Jay Keasling, a synthetic biologist at the University of California, Berkeley, and chief executive of the research institute.

The mission of JBEI (pronounced “jay-bay”) was to produce cheap biofuels from cellulosic sources, meaning the leaves and stems of plants like switchgrass rather than the grains of food crops like corn. The lab aimed to move beyond ethanol, striving to create carbon-neutral fuels that could fill the tanks of standard cars, planes, ships, and trucks. If they succeeded, it promised to dramatically reduce greenhouse-gas emissions and US dependence on oil (see “The price of biofuels”).

Keasling did as much as any single individual to advance the field and sell the promise of such fuels. In addition to running JBEI, he cofounded several well-funded startups, including LS9 and Amyris Biotechnologies, to turn that vision into reality.

But a decade later, the field is in shambles. JBEI and other federally funded bioenergy labs still survive, but most advanced biofuels companies, including Keasling’s, have given up on the dream.

US companies are producing only a sliver of the cellulosic fuels called for under renewable-fuel standards put in place at the end of the last Bush administration, and much of that is ethanol derived from agricultural leftovers like corn stalks. Given that shortfall, the Environmental Protection Agency simply issues waivers for advanced biofuels each year, allowing the industry to largely continue business as usual.

JBEI has made scientific strides, but if the institute’s crops, techniques, and bugs were rolled out on a commercial scale today, a gallon of the resulting fuel would cost 14 times what we pay at the pump.

Producing cheap advanced biofuels simply ended up being a far harder problem than expected. “We probably underestimated it and probably oversold it, too,” Keasling acknowledged last month, during an interview in his office at JBEI.

Still, Keasling, for one, has not given up hope for a future in which biofuels are a viable replacement for gasoline, diesel, and jet fuel.

Keasling grew up in a small Nebraska town, on a corn farm that’s been in his family for five generations. During graduate studies in chemical engineering at the University of Michigan, he became fascinated by the potential of genetic engineering to solve big problems. He went on to do postdoctoral research in the field at Stanford before landing as a professor at UC Berkeley at the age of 28.

It was there that he undertook pioneering work in synthetic biology, transforming yeast and bacteria into tiny factories that could spit out isoprenoids, a class of compounds used to produce rubber, antibiotics, and scents. Most notably, he and his collaborators developed a process to produce a synthetic precursor to artemisinin, one of the few effective treatments for malaria, by inserting DNA from several different organisms into E. coli and yeast. It’s considered one of the first real breakthroughs in synthetic biology.

Going from artemisinin, a hydrocarbon molecularly similar to petroleum, to biofuels didn’t take a big leap in imagination. In earlier interviews, Keasling described it as a simple matter of removing a few genes and adding another.

In early 2008, his startup Amyris trumpeted plans to produce a billion gallons a year of a sugarcane-based biodiesel from its bioengineered microorganisms, for as little as $60 a barrel and all within a few years (see “Searching for biofuels’ sweet spot”).

But as the economic recession of 2008 took hold, oil prices tumbled from a peak near $150 per barrel to a few dollars shy of $30 by the end of the year. “The renewable economy is a hard thing to get excited about when you’re dealing with a $30 barrel of oil,” says David Berry, a general partner at the venture capital firm Flagship Pioneering, who cofounded LS9 with Keasling in 2005. “Debt and equity markets washed up overnight.”

And they took many of the startups with them. Most of the survivors shifted into other business lines. LS9 pivoted to making specialty chemicals and was eventually acquired by Renewable Energy Group (see “Why the Promise of Cheap Fuel from Super Bugs Fell Short”).

Amyris, which went public in 2010, never produced its renewable diesel on a commercial scale. It’s now focused on nutraceuticals, skin care, and artificial flavors and scents. A spokesman declined to state what price the company was able to achieve for the fuel, but Keasling put it at $1.75 a liter—or about $6.63 a gallon.

Despite all the enthusiasm a decade ago, producing affordable advanced biofuels was always an audacious idea.

For starters, you have to plant, harvest, dry, and ship massive volumes of crops, in as clean and sustainable a way as possible. And then the hard part begins.

Teasing out fuels from stems and leaves requires separating the energy-packed carbohydrates in the plant’s cell walls from the woody lignin molecules that bond tightly around them, typically using acids, pressure, and heat. Then you need microbes that can consume those carbohydrates, mostly cellulose, and poop out fuels. But no naturally occurring bugs are known to produce the type that can directly fill the tank of existing cars, so scientists need to genetically engineer ones that can.

For all the effort and funding, some in the field believe there hasn’t been much real progress made on these challenges during the last decade or so.

“The broad view is that not much has changed,” says Gregory Stephanopoulos, a professor of chemical engineering at MIT. “The path from cellulose to sugars to fuel does not seem to be anywhere more promising today.”

Getting to a $3 gallon

Keasling disagrees, arguing that JBEI and other labs have made significant scientific strides. Researchers at the California institute, which serves as the hub of a collaboration between six research labs and universities, have published nearly 700 peer-reviewed papers, earned nearly 30 patents, and launched six startups.

JBEI’s researchers have genetically altered types of switchgrass and sorghum so that they produce far more sugars, and much less lignin, than standard plants. They’ve also developed a process for converting lignin into ionic liquids, which are salts that break down biomass, turning a waste product into an effective tool for plant deconstruction.

Finally, scientists there have engineered microbes that can produce several types of “drop-in” fuels from these plants, including pinene, a precursor to jet fuel; isopentenol, which could work as a gasoline replacement; and bisabolene, which produces “a darn good diesel,” Keasling says.

These collective advances have driven down the cost of a gallon of next-generation biofuel from around $300,000 when they started to about $35, at least if they were produced at commercial scale, Keasling says.

But of course, no one would ramp up production of a $35-per-gallon fuel when the average gallon of gas runs $2.50. So now the lab is shifting into a new stage of research, with the specific goal of narrowing that gap. Last July, JBEI and other federal bioenergy research centers secured renewed federal funding at $25 million a year, the same level the institute has received from the start.

The stated target in JBEI’s application for the funding was to develop biofuels that could be produced for less than $3 a gallon in the next five years, Keasling said.

Keasling believes that the key to much of that improvement lies in lignin, which holds considerable carbon but clings to it stubbornly. JBEI’s researchers will have to alter plants so that lignin’s linkages are more easily broken. Then they have to alter ligninases, a little-understood class of enzymes known to break down the lignin, to extract more of the carbon. Lastly, they need to develop new sets of microbes that can convert the remaining compounds into fuels.

The final piece of the plan to cross the $3 threshold is to develop ways to convert some parts of the plant into higher-value products that could subsidize the cost of biofuels, like flame retardants or materials for 3-D printing.

For the world to have a decent chance of preventing global temperatures from rising more than 2 ˚C, bioenergy would need to provide 17 percent of total energy demand by 2060, up from 4.5 percent in 2015, according to an analysis by the International Energy Agency. But so far, production gains are well below the pace required to meet such goals. Among other things, the supply of transportation biofuels will have to increase tenfold in the coming decades.

Estimates of how much land that would require vary widely, but for biofuels to meet nearly 30 percent of transportation needs by midcentury, 100 million hectares would have to be dedicated to growing the feedstocks, the IEA concluded in a 2011 report. That’s about a ninth of the area dedicated to agriculture in the United States.

“We have a tremendous number of competing demands on land, and the idea that we can liberate vast quantities for making biomass energy is very likely to run into constraints,” says Chris Field, director of the Stanford Woods Institute.

A serious related challenge is scaling up advanced biofuels in a way that significantly reduces total greenhouse emissions, which is the whole point. Every step from planting to production is energy-intensive in its own right, so the details of how it’s all done matter a great deal. In particular, researchers worry that if the market ever does take off, it could create perverse incentives, like encouraging farmers to raze forests, which are huge carbon sinks, to make way for these sorts of crops.

But despite these challenges, there are clear reasons many have long believed that biofuels will play a big role in cutting greenhouse-gas emissions. In the United States, more than half of this pollution comes from transportation uses like cars, trucking, shipping, and planes. Despite some notable gains in battery-powered electric vehicles, much of this sector can still only be powered with fossil fuels.

When it comes to mobile, dense energy storage, liquid fuels are simply very hard to beat, particularly since so much of the world’s energy infrastructure is built around them, says Hanna Breetz, a political scientist focused on alternative fuels and vehicles at Arizona State University.

“Liquid fuels are going to continue to be a large part of the energy system going forward, especially in transportation, and I do expect bio-based fuels will be part of that sector,” she says.

Even if labs do make striking progress in the next few years, it could still take decades for these fuels to seize real market share in an industry with trillions of dollars sunk into the daily business of extracting and refining oil. Accelerating that transition will require far more government support, potentially including a price on carbon, higher renewable-fuel standards, emissions caps, and more, Keasling says.

That may sound like asking a lot from someone whose lab has received hundreds of millions in government funds and whose startups have burned through similar of levels of venture investment. But Keasling says that’s simply what it’s going to take to overhaul an entrenched industry at the scale and speed required to counter growing climate dangers.

What worries him is that the prospects for such policies have only dimmed in recent years. But despite the political and scientific failures that have plagued the quest for cheap advanced biofuels, he remains convinced of their potential to cut emissions.

“When our government decides it’s time to prioritize that,” Keasling says, “I think biofuels could play a big role.”