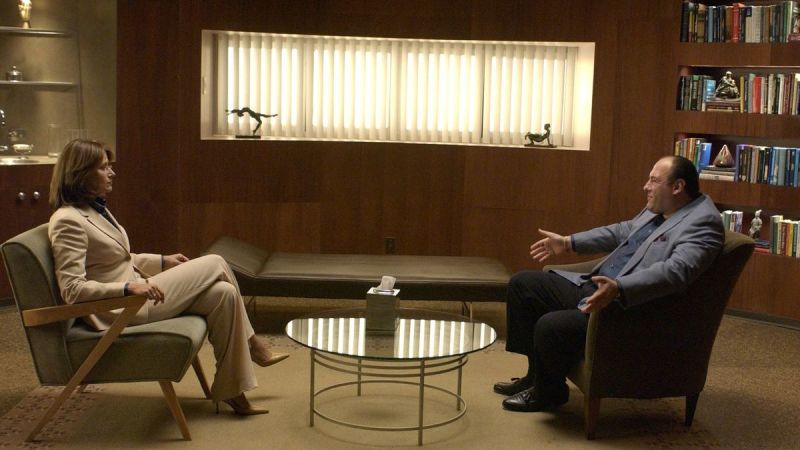 Breakups can be intimidating. No one wants to be the bearer of bad news, but let’s face it — sooner or later, we all have to terminate some type of relationship, whether it be with a significant other, an employee, a boss or even a doctor. While it might seem simple to tell your boss that you’ve found a new job, how do you tell your therapist that you’ve found someone else or that you just don’t think this professional relationship is working for you?

If you’ve been hesitant to have this discussion with your therapist, fear not! There are several ways to politely end this type of relationship, and below are a few suggestions from experienced therapists.

Dr. Chloe Carmichael, a licensed psychologist with her own practice in New York City, has received many calls from prospective clients who didn’t find much success with their other therapists. When she asks if they conveyed their dissatisfaction and discussed the particular issues with their therapists, they tend to say no, but Carmichael, along with other psychologists, believes that it’s vital to be open and honest with your therapist, even if that means discussing an issue that you have with him or her.

“This is really rich clinical therapeutic material,” Carmichael tells SheKnows. “I really encourage the client to talk about the issue with the therapist. A lot can be gained for the client. Therapy is supposed to be a place where you can talk about anything.”

On the other hand, if you don’t feel comfortable during your sessions and you don’t think you’re receiving the proper respect, then it might be OK to ghost your therapist or stop scheduling appointments without an explanation.

“Rapport and respect are very important in therapy. If you don’t feel that there’s rapport or respect, or there’s a lack of professionalism, you might not have any need to discuss it. It’s not always necessary,” Carmichael adds.

You have the right to be selective

Although you might’ve formed a long-term relationship with your therapist, if you feel that you’ve reached a plateau or if you’d like to get another person’s opinion, you have every right to explore and experiment with other therapists.

“It’s almost like dating. You have to feel it out and discuss the issues,” Dr. Shoshana Sperling, who has been practicing psychotherapy in Fair Lawn, New Jersey, for more than 15 years, tells SheKnows.

You also shouldn’t be concerned about hurting a therapist’s feelings — after all, you’re the one seeking help, and if you feel that you’re not receiving the help, then it’s your prerogative to find a new therapist.

Dr. Bryant Williams, a practicing psychologist of more than 25 years with his own practice in New York City, tells SheKnows that he likes to advocate for the patient as a consumer. He provides the analogy of hiring an architect to work on your house — if you’re dissatisfied with the architect’s work, then you find another architect. The same goes with hiring a therapist.

“It’s important not to be concerned about hurting a therapist’s feelings because the patient is hiring the therapist to work with them,” he explains.

While you might be seeking therapy for anxiety or fear of confrontation, you shouldn’t have to fear confronting your therapist about ending your sessions. All three therapists believe that in such a situation, it’s best to be honest and direct.

“Honesty is important,” says Sperling. “Just explain, ’Thank you for helping me this year, but I’m going to seek someone else for a different approach.’”

“A new pair of eyes could be good,” she adds.

Williams agrees about being straightforward: Simply telling your therapist via email that you’ve “found someone who is a better fit” would work. “I’m OK if someone does that via email. I don’t take offense to it,” he says.

It’s OK to take a break

Therapy can be a long commitment, but if you think that you can do without your frequent sessions, it’s OK to take a break and not feel guilty about it.

In fact, therapists love to hear their patients are doing well and are feeling confident in themselves without the the sessions.

Carmichael informs her patients from the start that she regards the discontinuing of or reduction in the number of sessions as a success.

“If [the patients] feel that they have accomplished their goals and they don’t need to continue coming to therapy, then it’s totally fine with me if we go down to booster sessions (once a month or 30 minute sessions). I actually really encourage that,” she explains. “I don’t regard it as breaking up. It’s a completion of the relationship. The client has completed his goals.”

“Talk to your therapist and say, ‘I feel better. I feel I have learned the strategies and tools to be more independent,’” she recommends. “Maybe just keep the lines of communication open if you want to come back for a refresher — maybe six months to a year. It’s a positive experience. I would be happy that the person reached that awareness,” she notes.

So in the end, the focus needs to be on you. Whether it’s taking a break or seeking help from another therapist, you must do what’s in your best interests. Don’t be afraid to end the relationship if it’s not working well.

“I wouldn’t call it breaking it up — I would call it addressing issues for a good fit,” Carmichael adds.

READ ALSO Breaking Up With Your Ideal Self

READ MORE Breaking The Myth of the Natural Mother