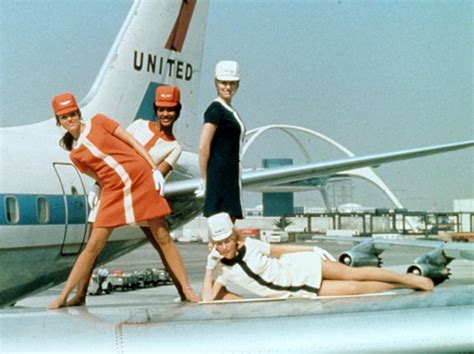 When you think of the occupational hazards of being a flight attendant, things like motion sickness or jet lag come to mind. But according to new research out of Harvard T.H. Chan School of Public Health, they also have higher rates of certain cancers.

The study, published in the journal Environmental Health, found that compared to the general public, flight attendants in the U.S. have a higher prevalence of several forms of cancer, including breast cancer, uterine cancer, gastrointestinal cancer, thyroid cancer, nonmelanoma skin cancer and cervical cancer.

READ MORE  We are living the Age of Aluminium. Most Women With Early Onset Breast Cancer Don’t Need Chemotherapy

“Our findings of higher rates of several cancers among flight attendants is striking given the low rates of overweight and smoking in our study population, which highlights the question of what can be done to minimize the adverse exposures and cancers common among cabin crew,” Dr. Irina Mordukhovich, a research fellow at Harvard Chan School and the corresponding author of the paper, said in a statement.

So what’s causing these higher rates of cancer? According to the study, it’s a variety of factors, including being regularly exposed to several known and probable carcinogens, (including cosmic ionizing radiation), disrupted sleep cycles and circadian rhythms and possible chemical contaminants in the airplane. In addition, many flight attendants working today have been in the profession for many years — including before the in-air smoking ban took effect — so they had years of recirculated secondhand smoke.

The authors did note that flight attendants tend to be nonsmokers themselves and not overweight — two factors they typically attribute to a healthier lifestyle — which makes the higher rates of cancer even more significant.

However, despite these known risks, flight attendants were excluded from Occupational Safety and Health Administration protections typically granted to American workers until 2014, when limited protections were instituted (but don’t include monitoring or regulating radiation exposure). The data for the study came from the Harvard Flight Attendant Health Study, which started surveying flight attendants about their health and behavior in 2007.

In order to preserve flight attendants’ health, the authors recommend that the U.S. takes action to minimize their risk of cancer, including monitoring radiation dose and organizing schedules to minimize radiation exposure and circadian rhythm disruption.

“The E.U. already evaluates radiation exposure among flight attendants, which our findings show may be an important step toward lowering cancer risk among this work population,” Eileen McNeely, director of Harvard SHINE, said in a statement.

So, what does this mean for frequent flyers? The authors of the study do note that their findings could be applicable to passengers as well, but it’s unclear exactly how frequently a person would have to fly to be exposed to the same carcinogens as the cabin crew. Even if you feel like you’re constantly in an airplane and fly once a week, that’s still a lot less time in an aircraft and on the tarmac than flight attendants — so no need to cancel those vacation flights.