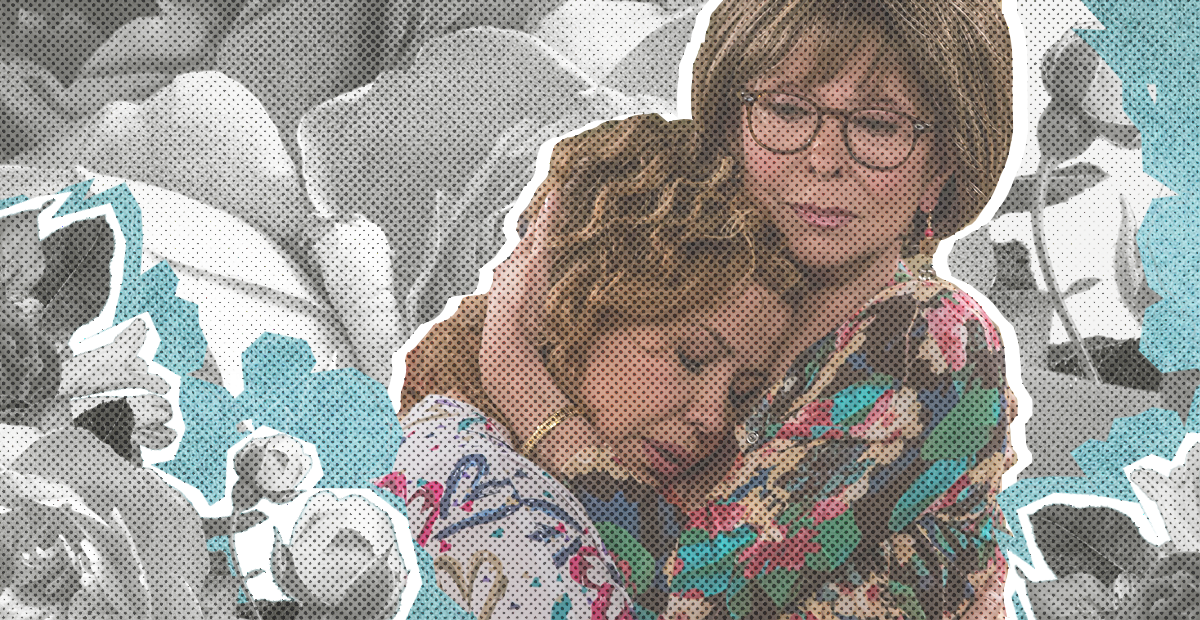 Historically, those suffering from depression or mental illness are often stigmatized in the media as villains or just plain “crazy.” Though popular shows like 13 Reasons Why do attempt to shine a light on mental illness and depression—they often miss the mark, simplifying the illness at the cost of building an entertaining narrative, and with potentially catastrophic results.

These kinds of portrayals can not only hurt those who have a mental illness—but also their family and friends by misrepresenting how they can properly support and understand someone dealing with this internal struggle. Luckily, the media isn’t always a bad place—and in fact, overall, seems to be improving.

In fact, how these four shows choose to depict depression might be a concrete sign that our understanding of mental illnesses is changing media for the better.

read also The Real Cause of Depression Has Been Completely Overlooked

A romantic comedy with a twist, this show is about two seemingly dysfunctional people, Gretchen and Jimmy, who find themselves in a relationship—and have a tough time navigating it. However, this show doesn’t just highlight the hidden hardships in romantic relationships, but also the hidden issues many face, by destigmatizing the way media portrays depression. At one point in the show, Gretchen, who suffers from depression, refuses to take her medicine, and proceeds to hide it from Jimmy. This interaction, and everything that transpires afterward depicts how depression is not just rough on the depressed person, but on everyone involved—emphasizing the ongoing, crucial need on how to support those with it.

“Depression is easily misunderstood and hard to know how to respond to,” says Alex Haslam, media relations specialist from CutCableToday.com. “You’re the Worst does a great job at showing that sometimes just being there, without judgment or criticism, is the best thing you can do, which is exactly what Jimmy does for Gretchen.”
‘This Ritual Helped Me When I Was Spiraling Into Depression’

Our protagonist is Elliot Alderson, a cybersecurity engineer who has social anxiety, identity disorder, and clinical depression. Elliot struggles with the hallucination of Mr. Robot, who according to his mind, recruits Elliot to be a vigilante hacker. Whether through self-medication, self-harm, or isolation (specifically from his friends), Elliot often hides or has trouble expressing his feelings from those who care about him, which often results in hurting or pushing them away.

Mr. Robot does indeed get credit for accurately depicting depression—especially when it comes to depicting the real internal fight many people have with it. As Bridget Greenfield, a writer who has experienced depression describes, “Elliot comes to the following realization, ‘Mr. Robot has become my god, and, like all gods, their madness takes you prisoner.’ Just as Elliot feels trapped by Mr. Robot, I often feel imprisoned by my mental illness, unable to reach out for help.”

An animated series by Netflix, BoJack Horseman is a self-loathing humanoid horse. As a washed-up Hollywood actor, he navigates through his day complaining about both his current and previous life. Though a comedy, the show does well at highlighting the world that someone with depression lives in, accurately describing the behavior towards those around them. “The titular character creates a self-sustaining spiral of negativity due to his low self-worth as a result of parental neglect and abuse,” explains Sean Baran, of FilmToolKit. “He consistently pushes those who try to help away and makes poor decisions that reflect his image of himself.”

The show’s realistic portrayal of the causes of depression shows us that depression is complex, and can actually be rooted in family affairs. This social depiction of depression highlights how there doesn’t always need to be a villain wearing the mental illness mask; rather, it often times is an everyday BoJack.

This Netflix dramedy reboot of the 1970s classic is about a Cuban-American family, where a newly single mom and her old school mother raise a teen and tween, definitely understands nuance. Penelope, the mom, is an army veteran who suffers from PTSD and depression. She struggles to admit this to her family, because, as Ariana Brockington explains in Variety, her Latin community “has a deeply rooted mix of cultural and socioeconomic factors that have conspired to stigmatize people with mental illness, in many cases causing them—and their families—to delay or avoid seeking professional help.”

As Penelope works on navigating a way to open up to her family about her issues, she shows us how hard it can be for those with mental illness to ask for help—the type of help that hopefully, many will feel more empowered in seeking, thanks to the evolving media narrative.