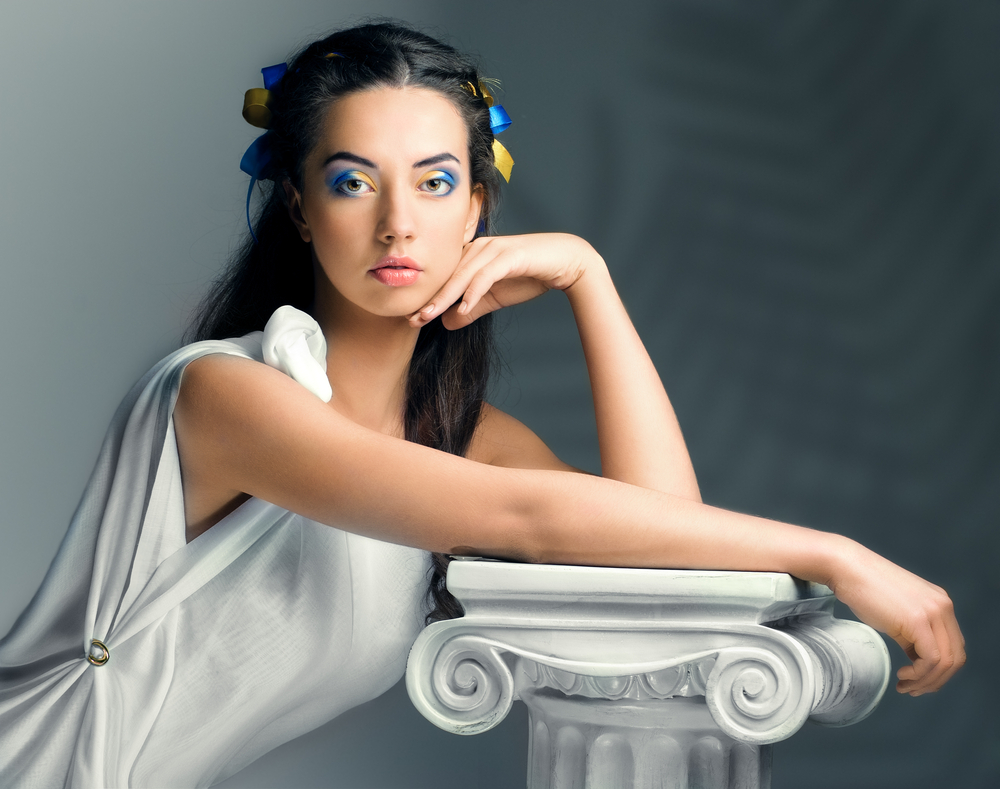 There is something about the ancient beauty secrets that is so appealing to our modern world.
It is essentially appealing to me because they used natural ways to enhance their beauty. There was no such thing as toxic chemicals back then.
The women of Greece were all about enhancing their features, long hair and a fair complexion.

Some of their styles were intriguing.
They had different styles to represent their status.
For example, married women would mostly wear their hair tied up in a bun accessorized with flowers and jewels.
Whereas young women would curl their hair and let them flow freely to attract attention from men.

There is a reason why an exceptionally beautiful woman is called a “Greek Goddess“. So let’s find out their secrets… So these were some of their secrets. Would you use any of their beauty tips in your daily life?
Let me know if you have tried them