Home Health Do You Think Canned Fruit is Healthy? 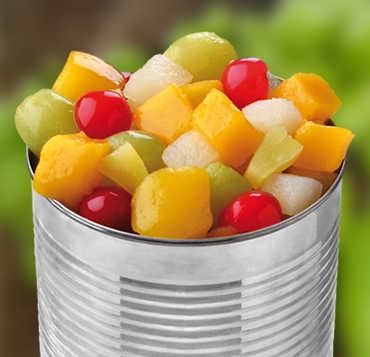 Do You Think Canned Fruit is Healthy?

Food cans used to be soldered with lead compounds—so much so that people living off of canned food may have died from lead poisoning. Thankfully, this is no longer a problem in the United States. Lead contamination was one of the first priorities of the Food and Drug Administration back in 1906, before it was even called the FDA.

Now that the lead is gone, though, are canned foods healthy? It depends primarily on what’s in the can. If it’s SPAM or another processed meat product, for instance, I’d probably pass.

What about canned fruit? We know fruits and vegetables in general may help protect us from dying of cardiovascular disease, and, when it comes to preventing strokes, fruit may be even more protective. But does food processing affects this association? One study found that unprocessed produce, mostly apples and oranges, appeared superior to processed produce. But that study focused mainly on orange and apple juice. It’s no surprise whole fruit is better than fruit juice.

What about whole fruit when it is in a can? Dietary guidelines encourage eating all fruit whether it’s fresh, frozen, or canned, but few studies have examined the health benefits of canned fruit…until now. Canned fruit did not seem to enable people to live longer. In fact, moving from fresh or dried fruit to canned fruit might even shorten one’s life. Therefore, perhaps dietary guidelines should stress fresh, frozen, and dried fruit rather than canned.

Why the difference? While there’s no longer lead in cans these days, there is bisphenol A (BPA), the plastics chemical used in the lining of most cans. BPA can leach into the food and might counterbalance some of the fruits’ benefits. Recently, for example, blood levels of this chemical were associated with thickening of the artery linings going up to the brains of young adults. Canned fruit is often packed in syrup, as well, and all that added sugar and the canning process itself may diminish some nutrients, potentially wiping out 20 to 40 percent of the phenolic phytonutrients and about half of the vitamin C.

Maybe one of the reasons citrus appears particularly protective against stroke is its vitamin C content. It appears the more vitamin C in our diet and in our bloodstream, the lower the risk of stroke. And the way to get vitamin C into the bloodstream is to eat a lot of healthy foods, like citrus and tropical fruits, broccoli, and bell peppers. “Therefore, the observed effect of vitamin C on stroke reduction may simply be a proxy for specific foods (eg, fruits and vegetables) that causally lower stroke” risk. How could the researchers tell? Instead of food, they gave people vitamin C pills to see if they worked—and they didn’t.

This might be because citrus fruit have all sorts of other compounds associated with lower stroke risk, proving that the whole is greater than the sum of its parts. You can’t capture Mother Nature in a pill. It’s like the apocryphal beta-carotene story. Dozens of studies showed that people who ate more beta-carotene-rich foods, like greens and sweet potatoes, and therefore had more beta-carotene circulating in their system, had lower cancer risk.

What about beta-carotene supplements instead of whole foods? Researchers tried giving beta-carotene pills to people. Not only did they not work, they may have even caused more cancer. I assumed the National Cancer Institute researcher who did this study would conclude the obvious: produce, not pills. But, no. Instead, the researcher questioned whether he should have tried lower dose pills, alpha-carotene pills, pills with other phytochemicals, or maybe multiple combinations. After all, he said, “[i]t is likely that neither the public nor the scientific community will be satisfied with recommendations concerned solely with foods…”

READ ALSO 11 “Healthy” Foods To Avoid That Have Hidden Sugar