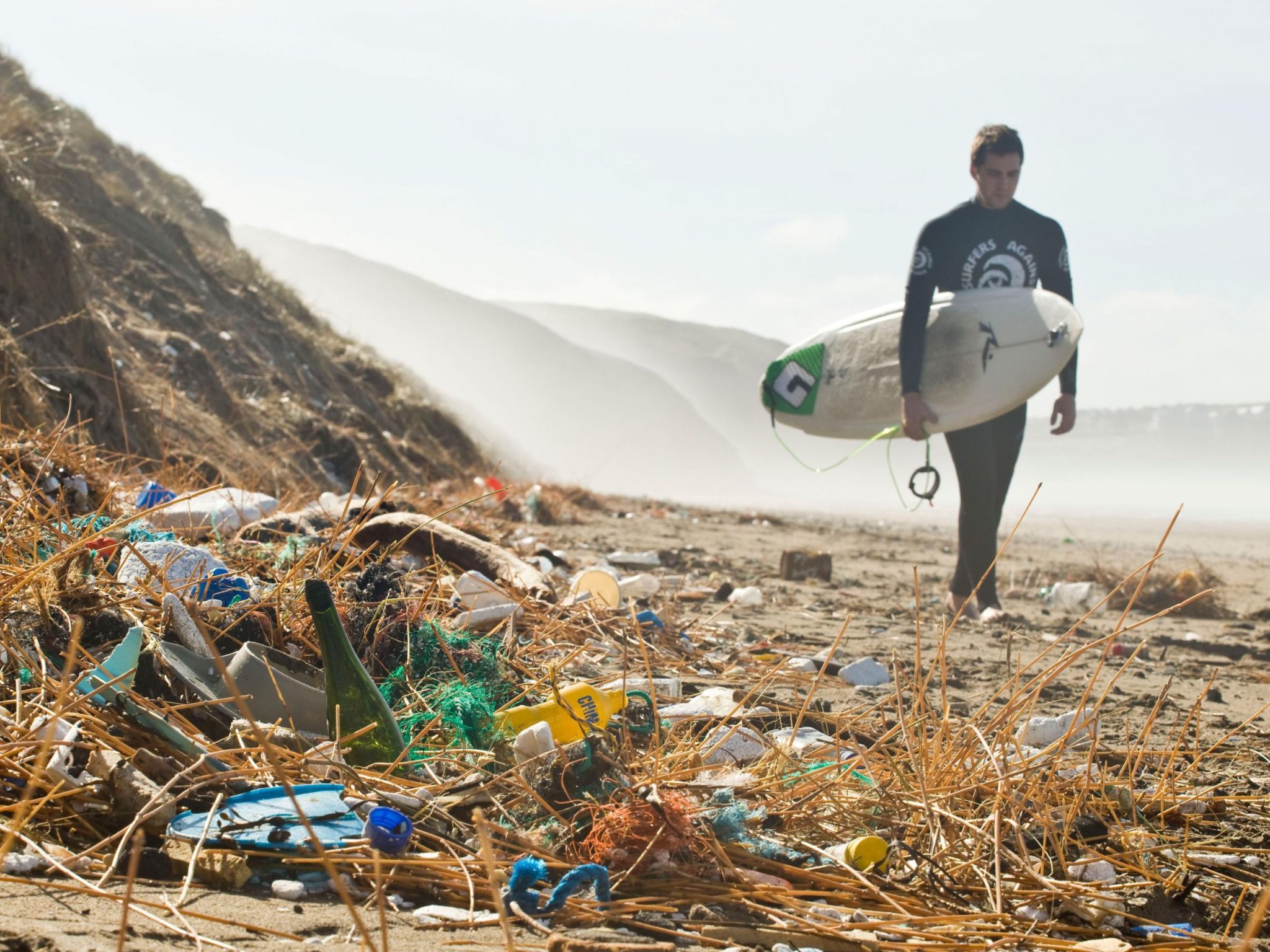 Could this be the solution we’ve been waiting for?

An inadvertent scientific breakthrough has created a mutant enzyme that can break down plastic drink bottles. The discovery could be a serious leap ahead in tackling the global plastic pollution crisis, as it would enable plastic bottles to finally be fully recycled.

The accidental solution came about through research into the 2016 discovery of plastic-eating bugs at a Japanese rubbish dump. The bugs had evolved to eat plastic by the secretion of a vital enzyme. In an effort to find out more about the enzyme the bugs were using to munch up plastic bags, an international team of scientists tweaked the enzyme and inadvertently made it even better at degrading plastic. This new mutant enzyme is able to break down tougher plastics, like bottles. University of Portsmouth Professor John McGeehan, who led the research, called it a great finding and was quoted in the Guardian as saying:

What actually turned out was we improved the enzyme, which was a bit of a shock. “What we are hoping to do is use this enzyme to turn this plastic back into its original components, so we can literally recycle it back to plastic,” said McGeehan.

It means we won’t need to dig up any more oil and, fundamentally, it should reduce the amount of plastic in the environment.

Each year we produce over 300 million tons of plastic globally. Unable to be broken down, this plastic causes tremendous pollution and environmental degradation. Today, plastic is literally covering much of our planet. Plastic bottles in particular are a massive problem, as they are so resistant to degradation and only 14% are recycled globally. But this new discovery could change all of this.

The extra strong plastic that is used in plastic bottles is called PET, and takes centuries to break down. The enzyme is produced by a bacterium which eats PET, and a living strain was discovered by scientists at a Japanese bottle recycling site. The scientifically modified enzyme is known as PETase and, remarkably, can begin to break down plastic bottles in just a few days. Current limited recycling of plastic bottles can only turn them into plastic fibres that can be used for things like clothing and carpets, but this new enzyme can recycle plastic bottles back into clear plastic, reducing the need for the production of new plastic. The new research was recently published in the journal Proceedings of the National Academy of Sciences by the UK research team. The team figured out the exact structure of the enzyme produced by the bug by using an intense collective beam of X-rays, the Diamond Light Source, that is an incredible 10 billion times brighter than the sun. The Diamond Light Source shows individual atoms and allowed the research team to see the enzyme structure clearly.

Hope for the Future of Plastic

The researchers say other types of plastic could be broken down by bacteria currently evolving in the environment, and scientists are searching for these with the aim of finding a mass solution for the plastic patch in the ocean. They are hopeful that in a few years we could have a bacterial or enzyme plastic-eating spray that could be sprayed on the Great Pacific Garbage Patch.

Using this new enzyme could completely revolutionise the plastic recycling process. Scientists are hailing this as a milestone in our to ability to fight the global plastic pollution problem. Science created plastic, nature created a solution to the recycling problem, and now science has improved on what nature started. A terrific collaborative solution for saving the environment.