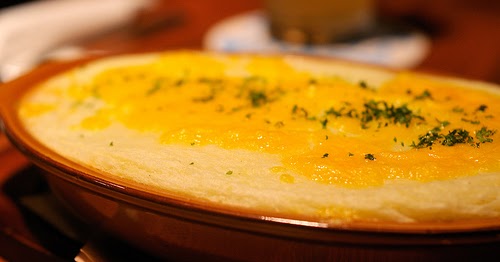 ben December 29, 2017 0
I love making good, cheap eats. This post by Michael, a food enthusiast, is filled with some great frugal delectable meals for your family.

It probably wasn’t a big surprise to anyone when it was announced in November that food inflation was at its highest rate for four years. You only have to look at your weekly shopping to see that you’re getting less for more money than you did even six months ago. If like most people, you’re on a budget this means that steps are going to have to be taken if you want to continue to keep the family well fed without heading into the red.

We’re sure that you’re already doing the obvious things like shopping at the cheaper stores and keeping a close eye on sites like mysupermarket.co.uk to double check where the cheapest prices are to be found. No doubt you’re also a seasoned user of coupons and know just which of the BOGOF offers are worth grabbing. But here are a few ideas about how to can enjoy some of the perennial family favourite meals while saving a few pennies too. Try them for a couple of weeks and hopefully you’ll have saved enough to treat yourselves to a Friday night pizza delivery courtesy of Deliveroo.


A big family favourite, cottage pie is also a great way to get the kids to eat some hidden veg especially if you bulk it out with some carrots and celery too plus the mash on the top means that they’re getting some energy-giving carbs. But the mince is the costly element so why not try replacing it with lentils or other pulses? And if you add enough beefy stock, they may not even notice the difference.

Who doesn’t love a Tex-Mex feast? After all, it’s one of the few meals that you can eat with your hands and no-one’s going to tell you off about it. But the kits that you get from the supermarkets which include the tortillas, salsa and seasonings can turn cheap eats into a pretty expensive meal. Far better to make your own tortillas just from flour and water – what could be simpler! – and your own salsa too. Plus this freezes very well so if you make twice as much as you need you’ll be sorted for next time too. Then, for the meat filling, choose a cheaper cut like shoulder to make delicious pulled pork, or make a vegetarian version with lentils or beans.

Like cottage pie, the expensive ingredient in this dish is the mince so the logical solution is to replace it with a more economical, and more healthy alternative like Quorn mince. Plus, because bolognese sauce is so versatile – for example you can use it for other dishes like lasagne and cannelloni as well as top baked potatoes – this is another one to make in bulk and freeze to save you having to cook on another night.

Finally, a sweet treat too. Ice creams, especially the fancier brands, can be very expensive. But if you invest in an ice cream maker you can make it whenever you like from just milk, eggs, sugar and cream. You can even make cheaper versions of ice cream using a variety of different low cost ingredients. Plus they’re the sorts of gadget that often turn up at car boot sales so you could even pick one up for next to nothing!