Five Things Women In Charge Say They’d Never Wear To Work and Three Things They Would Always Reach For. 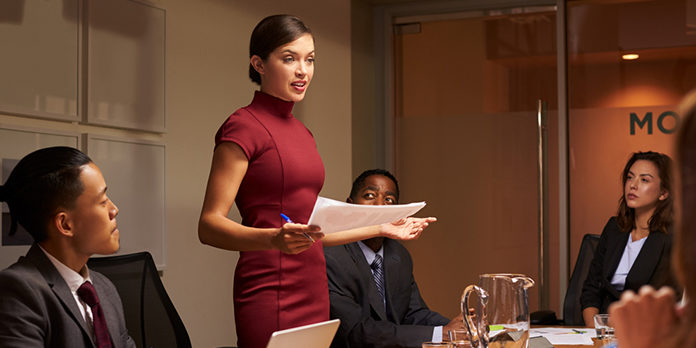 Back in the dark ages of power dressing, there was a guidebook on selecting a wardrobe for success. Women read and paid attention and, for a while, they wore man-suits and pussy-bow blouses to demonstrate their competence in the office. Ages have come and gone since business casual threw a monkey wrench into that formula for dressing seriously. Today powerful leaders say they dress to feel like the women they want to be. Some say wearing whatever they want demonstrates their power. Others say some clothing is just not right to project their image.

Here are five things women in charge say they’d never wear to work and three things they would always reach for.

Too Low, Too Tight

Too short, too revealing, too body con. You get the picture. Powerful women want to be taken seriously for what they say rather than attract attention because they look sexy. Plus, it’s hard to feel powerful when you’re constantly pulling down your skirt. A one woman in charge said, “Worrying about that stuff all day hijacks your brain.”

A great divide exists between women who feel sneakers are the ultimate expression of power and those who say the footwear is way too casual for their power statement. “I just feel so much more powerful in sneakers than I do in the type of heel that makes me stop to wonder if it’s really worth the pain involved to get up and go to the bathroom,” said one. On the other foot, there’s the exec who said she would pretty much wear anything—dresses, denim, separates—but she draws the line at sneakers.

Heels Without a Backup

High heels, stilettos or any brand-new shoes. You never know where the day will take you or how much breaking in a new pair of shoes will need before you can be assured of wearing them in comfort. Limping into an executive meeting or throughout a tour of a facility is not a statement of authority.

Jeans are another great divide. Some women in authority say they would almost never wear jeans to work because denim is not polished enough. Jeans do not portray the image of a person running a company. Yet plenty of very powerful women do wear jeans and look fabulous and in control. This wardrobe item is another statement that women are powerful enough to wear whatever they want, or that some items reflect less authority.

“The one thing I would never wear to work, ever, ever again, is a pair of jeans that are just way too tight, because not being able to breathe means not being able to work. Plus, unbuttoning your pants at your desk isn’t acceptable as a C-level executive,” said one high-powered woman.

It’s hard to feel powerful when you’re fidgeting with a waistband. “The older I’ve gotten—and the more confident I’ve become—the more I’ve purged anything uncomfortable from my closet,” says one exec.

And now for the power players

What’s a powerful woman to pull from her closet when she wants to exude authority? “There aren’t so many rules that say what a powerful woman wouldn’t wear so much as what she would wear, and that is anything that makes her feel confident, which is exactly how she got to be powerful,” says another leader. You can be sure the woman at the top considers these items among her go-to staples:

Wearing one color is both elegant and a way to broadcast assurance. A monochromatic outfit can make you feel more powerful and more together even when you may be juggling a million things on the inside.

When you are getting dressed and automatically reaching for the T-shirt drawer, stop and remind yourself that a blouse will make you feel so much more professional.

A good suit can make you feel both sophisticated and comfortable. This can be perceived as a holdover from more sexist times but try one and judge the effect for yourself.