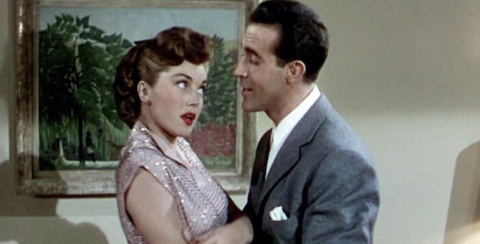 Here’s a Solid Defense of ‘Baby, It’s Cold Outside’

There have been dozens of recordings of the American Christmas classic “Baby It’s Cold Outside”, and at first listen, it’s obvious as to why: the song has a lovely melody, and everyone can relate to using the weather as an excuse to get out of a date going badly because one partner just refuses to let the other leave because they’re just too turned on to let them go. Wait, what? Oh right, no matter how many versions of “Baby It’s Cold” outside you hear, when you really listen to the lyrics, it dances a line between mildly creepy and something Bill Cosby might’ve interpreted as doctrine.

It’s that time of the year, when we talk about how problematic ‘Baby, It’s Cold Outside’ is because it’s literally a song where a man doesn’t give af about consent and actually spikes a woman’s drink.

If you’re not familiar with the song, here’s a version of it with a lyric video that’ll catch you up to speed:

As you can hear, the man is really pushing for his lady companion to stay, while she insists she needs to go home. At one point she asks, “Say, what’s in this drink?” and you have to stop yourself and wonder how on earth a Christmas song got away with a line that seemingly alluded to a date rape drug. Like, WHAT?! The song, as cute and catchy and cheery as it sounds, seems to have some seriously dark undertones that don’t just blur the lines of consent — they straight up ignore them. Once people started catching onto the problematic lyrics, parodies of the song started popping up all over the internet…

And every year, the song gets called out on Twitter…

Have you ever really listened to the lyrics of “Baby, It’s Cold Outside”? Man, it’s creepy.https://t.co/dfwtudy3dY

So with all this evidence suggesting “Baby It’s Cold Outside” is straight-up problematic, how could ANYONE defend it? And now, we have our answer: someone with a lot more historical knowledge of the time period in which the song was originally written and recorded, that’s who! Take a look at this defense of “Baby It’s Cold Outside”, which makes a number of valid and surprising points. And yes, it even explains away that whole roofie line!:

So now that you’ve heard this defense, do you think “Baby It’s Cold Outside” deserves to stick around as Christmas canon, or should it be retired because it’s creepy no matter which way you look at it? Let us hear your opinion @Smosh!