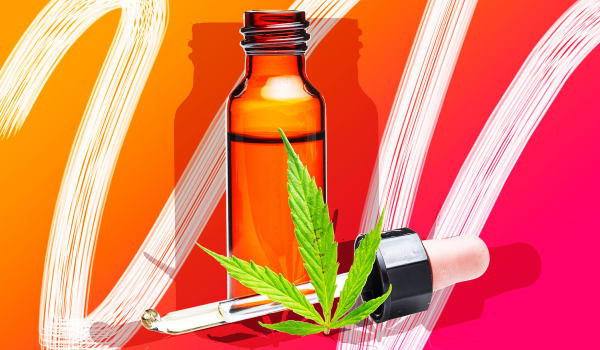 Here’s the Deal With CBD Oil & the Potential Health Benefits

The use of medical cannabis to treat the symptoms of physical and mental health problems ranging from cancer to anxiety disorder is nothing new. But cannabidiol (better known as CBD oil) is currently rising in popularity, and if you’ve heard people extol its benefits, you may be wondering how it works — and if it may be something you’d like to use.

What is CBD oil?

First things first: What is it? “CBD oil is a compound that is one of the main constituents of cannabis, having limited or no psychoactive effects,” Sara Gullickson, founder and CEO of Dispensary Permits, tells SheKnows, adding that it has a wide variety of medical applications.

More: Meet the Woman Who’s Changing the Face of the Cannabis Industry

According to Gullickson, CBD oil is a great anti-inflammatory, and it can also be used as a mood stabilizer. She says it’s used to treat myriad health problems, including neuro-inflammation, epilepsy, oxidative injury, vomiting and nausea and anxiety.

“CBD and the other cannabinoids act as a ‘homeostatic regulator’ [it helps regulate the physiological systems] for the body by returning the function of many different systems in the body back to normal,” Brian Sanderoff, a licensed pharmacist who manages the Curio Wellness dispensary, tells SheKnows. “This is why you can see such a wide range of effects in different people with different conditions.”

More: Is Cannabis Oil the Miracle Drug You Can’t Use?

How does it work?

When it comes to how exactly CBD oil works, Sanderoff explains that it’s not entirely understood at the present. “Although it does not appear to directly activate either of the known cannabinoid receptor sites, EC1 or EC2, it likely has a potentiating effect for other cannabinoids and/or activates a yet-to-be-discovered ECS receptor site,” he says.

Medical cannabis is currently legal in 29 states and Washington, D.C., but CBD oil is easier to obtain because there are a number of varieties on the market and not all of them contain THC.

“Despite what anyone tells you, CBD is federally illegal under the Controlled Substances Act. The DEA seems not to be interested in pursuing this at the moment,” Tishler tells SheKnows. “The FDA did go after four companies last year who were selling CBD oil that contained no CBD, thus they were making false claims. Beyond that, however, the FDA has not moved to regulate it more closely. Many packages make all sorts of medical or wellness claims that just aren’t proven.”

Tishler also advises against the practice of buying CBD oil on the web due to the lack of “local control and safety information.”

Furthermore, he says that THC is what’s really responsible for most of the medical benefits of cannabis — so it’s clear that not everyone agrees on whether or not the hemp-derived form is effective.

“THC is unnecessarily vilified because it causes intoxication,” Tishler explains. “THC, however, plays the central role in the benefits. Intoxication is a side effect, and like side effects of any medication, it must be respected and managed in a careful, thoughtful manner.”

Like anything else, it’s best to consult with your doctor before you venture into the use of any form of CBD oil.