Home Health How Many Eggs Per Week Can You Eat? 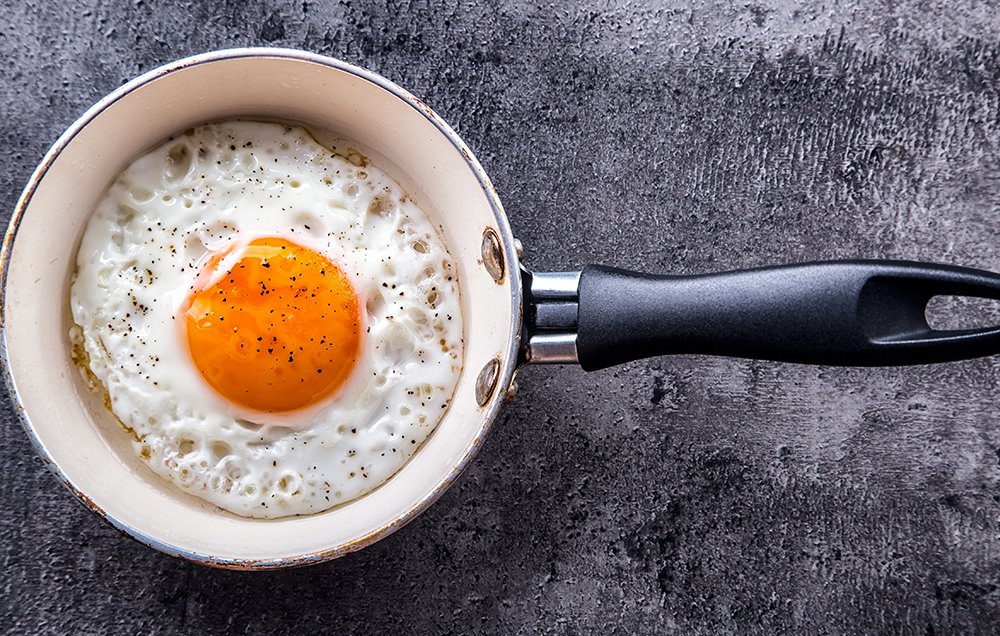 How Many Eggs Per Week Can You Eat?

How many eggs per week can you eat?

Luckily, it appears that going through a carton of eggs each week is perfectly normal. “For the average person, two eggs a day is totally fine,” says Keri Gans, R.D., author of The Small Change Diet. Phew.

Here’s how to tell if the eggs in your fridge are still good:

But there is one major caveat: “A person needs to look at their total diet to see where they’re getting their saturated fat from,” says Gans. “It’s totally healthy to get two eggs a day, but if you like your eggs scrambled with cheese on them, then you’ve just upped your saturated fat and calories by a lot.”

RELATED: 5 Foods with More Protein Than an Egg

But what about the cholesterol in eggs?

The American Heart Association recommends getting no more than 6 percent of your daily calories from saturated fat. So if you’re eating 2,000 calories a day, you shouldn’t have more than 120 calories, or 13 grams, of saturated fat. For reference, one large, raw egg has about 1.6 grams of saturated fat. That might not sound like much, but that’s before it’s cooked in butter or EVOO, and potentially topped with cheese and a side of bacon.

However, Sonya Angelone, R.D., and spokeswoman for the Academy of Nutrition and Dietetics, says you shouldn’t stop caring about cholesterol in your food—nor should you go overboard. While the 2015 Dietary Guidelines for Americans removed the recommendation to limit eggs, they still say that Americans should eat as little dietary cholesterol as possible (although they removed the old recommendation of consuming no more than 300 mg of cholesterol per day).

Eh…not exactly. Simply switching from whole eggs to egg whites may not cut it nutrition-wise.

“There are certain nutrients in the egg yolk that you’re not going to find if you just have egg whites,” says Gans. “All the fat-soluble vitamins are found in the yolk, so if you remove that, yes, you are removing the fat, but you also remove a lot of nutritional value.” Not great if you’re going for a quick but healthy meal.

RELATED: Exactly How Much Fat You Should Be Eating Each Day

So…can you eat eggs every day?

Ultimately, it’s important to mix up your diet a little more, says Beth Warren, R.D.N., founder of Beth Warren Nutrition and author of Living A Real Life With Real Food. “Generally, I don’t recommend eating any one food every day,” she says. She recommends rotating your foods every three days or so. “By eating this way, you are also ensured to get a better balance of vitamins and nutrients form a varied amount of whole foods,” Warren says.

Still, if you’re going to eat something every day, eggs aren’t a terrible option. “The immense benefits you get from eating an egg make it a worthwhile, simple, easy, and affordable way to incorporate in the diet—as long as the total saturated fat in the diet per day is accounted for,” Warren says.

The bottom line, according to Gans, is that the right amount of eggs is totally dependent on the rest of your diet. A single large egg has about 80 calories, five grams of fat, and six grams of protein. So, if you’re already getting plenty of protein and fat from other meals, eating a five-egg cheese omelet for breakfast every day is not a good idea. But if you know you’ll be on the go and don’t know where your next solid source of protein will come from, go a head and crack an extra egg into the frying pan before you head out the door.