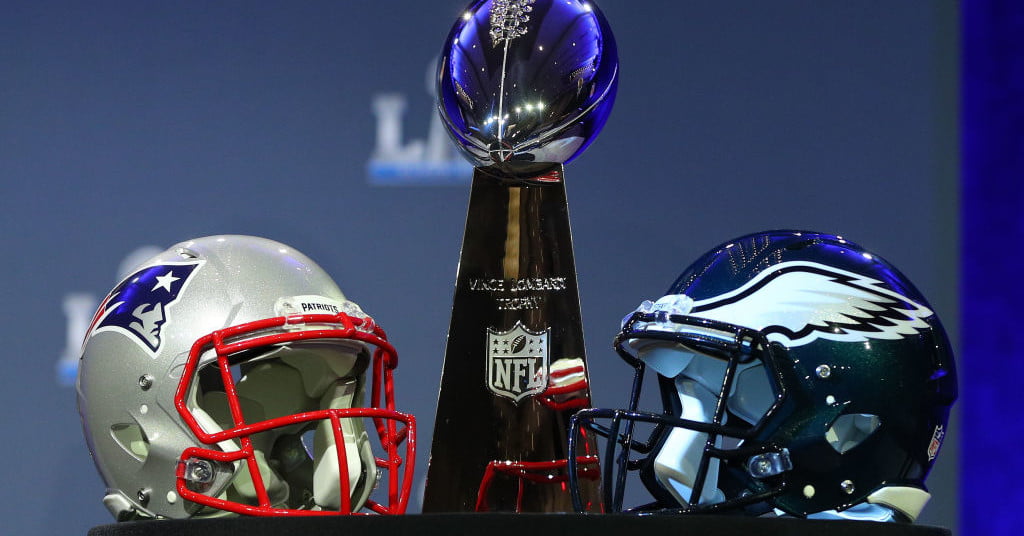 How to Watch the 2018 Super Bowl With or Without Cable

The Philadelphia Eagles and New England Patriots will meet Sunday at U.S. Bank Stadium in Minneapolis to compete for the Lombardi Trophy in the 52nd Super Bowl game, in one of the biggest live sporting events of the year. In fact, in the U.S. it’s one of the largest live TV events, period.

Whether you watch for the football, for the halftime show (which is being performed by Justin Timberlake this year), or for the commercials and movie trailers, there’s something for everyone. Let’s be honest — between the viewing parties, the packed bars and restaurants, and the general excuse to eat, drink, and be around friends and family, the Super Bowl is practically a national holiday.

To make sure you can tune in on game day, we’ve put together this guide featuring the best ways to watch online or otherwise, regardless of which device, service, or platform you’re using.

NBC is showing the Super Bowl this year, and it’s providing some simple options for everyone to watch the game for free. At noon PT on Sunday, February 4, NBC will begin airing its 11 hours of Super Bowl coverage — including the pregame show, the game itself, the halftime show, all the commercials, and even an episode of the TV show This is Us — on its NBC app, as well as through browsers on NBC.com.

Normally, you’d have to authenticate your TV subscription by logging in with your provider’s credentials to watch on these platforms, but those restrictions will be lifted for a limited time on game day. Below are the easiest options to access the app. And continue on below if you’re looking for an alternative — we have you covered there as well.

For smartphones and tablets, downloading the NBC app for Android or iOS is easy as pie. However, you could also download either the Yahoo Sports or NFL Mobile apps to watch the game, both of which are available on iOS and Android as well.

As we mentioned above, the free game-day stream on NBC.com or NBCSports.com will be your best bet. If your laptop or desktop computer has an HDMI output, this is a free and easy way to connect to your TV using your browser of choice. If you happen to have a Chromecast, you can also cast the game from Google Chrome directly to your TV. Easy peasy.

The aforementioned NBC app is currently available on several streaming devices, including Android TV, Apple TV, Fire TV, Roku devices, and Xbox One consoles. Simply download the app to your preferred streaming device and you’re good to go. PlayStation 4 users, however, will need to be subscribed to PlayStation Vue (or use a free trial account) in order to watch the game. But don’t worry, we’ve got you covered there as well.

Cable cutters who have subscribed to one of the numerous live TV streaming services out there — PlayStation Vue, Sling TV, Hulu Live TV, DirecTV Now, YouTube TV, etc. — can watch the game, provided (and this is key) that NBC is offered in their market and/or as part of their channel package. Luckily, each of these services includes a free trial period which usually lasts seven days or more, which is plenty of time to get your game on. Just be aware that you will be charged for a month’s subscription if you don’t cancel before the trial period ends, so go ahead and set that reminder now.

Another streaming service to consider is FuboTV, an up-and-coming live-streaming service that focuses almost exclusively on sports programming. Subscribers will be able to watch the Super Bowl on their local NBC affiliate, again provided local channels are currently available in your market. While the service normally costs $20 for your first month and $45 per month after that, a seven-day trial does exist for those who haven’t used the service yet. You’ll be able to sign up for the trial and watch the Super Bowl, and provided you cancel before your complimentary seven days are up, it’ll all be for free.

If you’ve got an HD antenna, you can have your cake and eat it too, as it were — as long as you get NBC in your area, of course. Here’s a handy-dandy guide to find out if you can get NBC at your home base, just type your information into the boxes provided. If you don’t already have one, here are some great options for antennas to get you hooked up ahead of the game. If it’s coming at you fast, your local Best Buy or other electronics store should carry at least one of our favorite options, if not more.

Alright, we know you already know this but we had to add it just to be thorough. If you subscribe to a TV provider, the absolute easiest way to watch is on your local NBC Sports affiliate, and the same goes if you have a satellite hooked up. This is obviously going to be the most reliable option overall, as you won’t have to worry about internet connection speeds or dropouts, nor will you have to fiddle with app downloads or browser windows.