Home Gossip Is the Anger Over Justin Timberlake’s Hypocrisy Missing the Point? 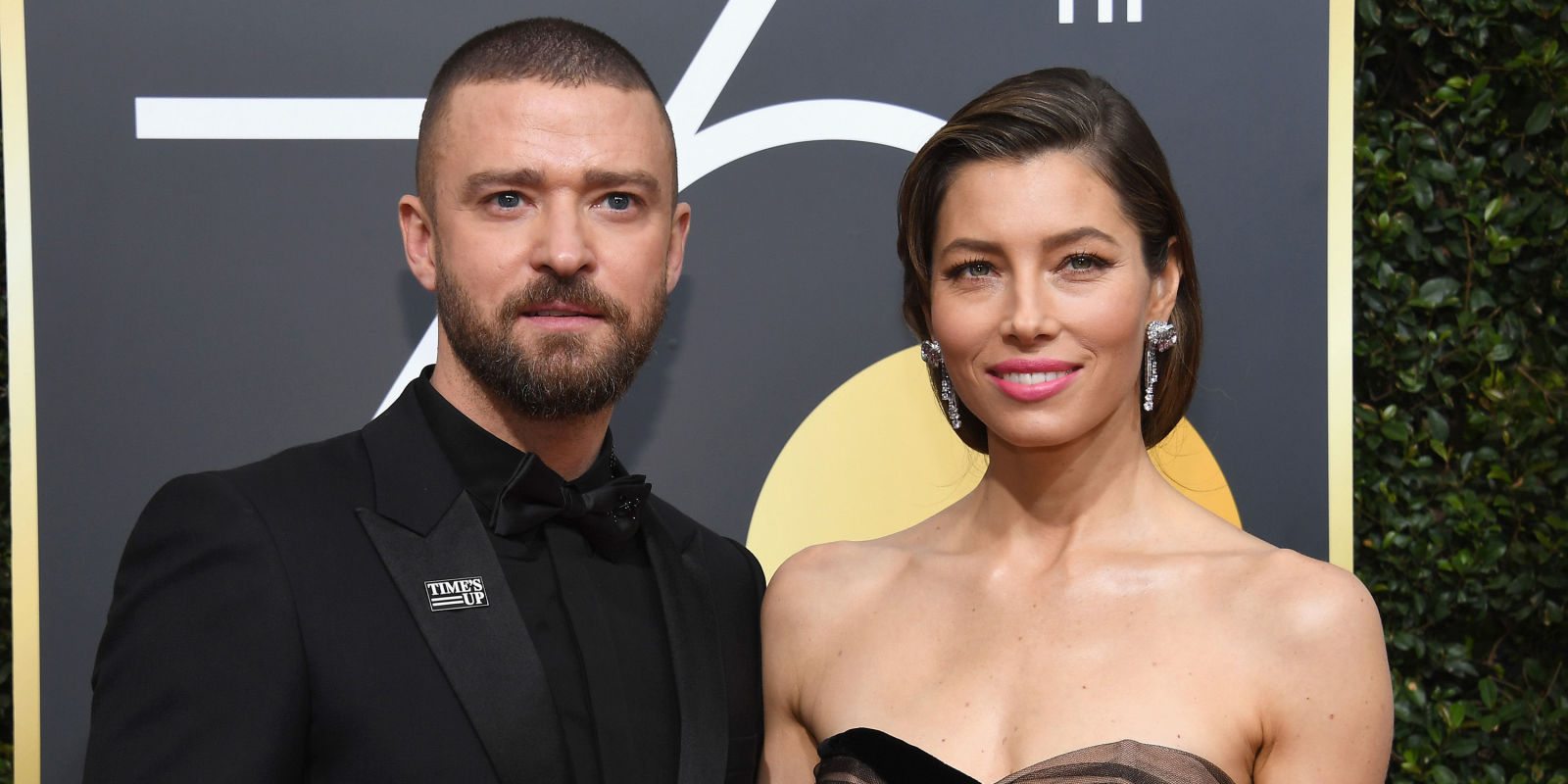 Is the Anger Over Justin Timberlake’s Hypocrisy Missing the Point?

Two FASHION staffers discuss the muddying waters of Time’s Up

The ranks here at FASHION are not filled with men. Shocking, right? But there are one or two (there are actually, literally, two). Naturally, when a question about male behaviour arises it’s only fair that one of them stand in for the members of his gender and provide some insight. Aziz Ansari was our last topic of conversation, and today, we have some concerns about people like Justin Timberlake being trolled for working with Woody Allen. Two of our staffers—from the men’s corner, Greg Hudson, and from the women’s, Pahull Bains—talk it out.

Greg Hudson: Help me out here. This article in the Daily Beast makes me angry. It’s kind of a takedown, or at least a public rebuke, of Justin Timberlake’s bad ally-ship. See, JT is in the news because he just released a new, “more authentic” album, he’s starring in Woody Allen’s new film, and he’s performing at the Superbowl this weekend. A cynical person might think that the main impetus for this article–and this is probably the main reason it makes me angry–isn’t so much concern about social justice, but a drive for clicks. (And sure, I might be a hypocrite for saying that since we’re publishing this, but in my defense–and interesting note to readers–this back and forth actually started on gchat as a genuine conversation between co-workers). It details all the ways that Justin Timberlake is a hypocrite who has avoided any negative consequences for his hypocrisy (until now!), which mostly boils down to a) not being punished adequately for his part in Janet Jackson’s “wardrobe malfunction” 15 years ago, and b) wearing a #timesup pin to the Golden Globes, despite starring in a Woody Allen movie–and not expressing regret about it. But yes, this Daily Beast article annoys me because it feels desperate and disingenuous, concerned more with courting controversy than adding to the conversation. Thoughts?

Pahull Bains: I think what’s shaping up to be one of the problems of #metoo and #timesup is this urgent desire to make everyone immediately and publicly atone for their sins. We’re losing sight of the fact that this reckoning is a breathing, moving, living beast, and it’s changing shape every day. I mean, this is complex stuff, and there are so many emotions—guilt, regret, confusion, disappointment, anger, you name it—to work through. People are going to arrive (or not) at their conclusions in their own time, so being like “hey you, and you, and you, why haven’t you said anything yet” is just a waste of time and not really helping the cause. For this to be a truly effective movement, it has to result in a cultural and behavioural shift and that does not happen overnight.

That said, when you KNOW you’ve done some questionable shit that you’re 100% going to get called out for, maybe don’t wear a Time’s Up pin unless you have an answer.

GH: But then wouldn’t the non-pin-wearer be opening themselves up for an attack for not wearing a Time’s Up pin, for not supporting the cause?

There’s a separate discussion to be had about the pros and cons of movements becoming trendy, but it’s worth pointing out that while it’s obviously a positive for an issue to penetrate every aspect of culture, doing so also leads to its own orthodoxy, which in turn can lead to a false dichotomy that if you aren’t perfectly with the movement, you’re against it. That isn’t always helpful, if only because it inspire a backlash, whether it’s deserved or not. You can see this in Margaret Atwood’s controversial essay in The Globe and Mail, and the Internet’s reaction to it. The moral of most pieces about #metoo is that we need to talk more, but it can feel like there isn’t much room for conversation if the issue is entirely black and white. (Having said that, I realize that some issues don’t require conversation, let alone compromise. Racism, sexism, and discrimination in general = bad. To say that women need to convince society they deserve equality through conversation is condescending, and in itself sexist. But, I’m not talking about the whole issue, so much as specific situations and how they relate to the entire issue. The principle can be cut and dry, but like law, there should be nuance about how that principle is interpreted and enforced. This was a long tangent.)

I think I also don’t like piling on the people who starred in Woody Allen films. Ironically, while it’s meant to call out hypocrisy, it just feels so hypocritical in and of itself. I think it’s totally appropriate for stars to apologize and make statements about it. But, a) it’s like we’re picking and choosing who to get upset at, and this is just a handy, click-baitable excuse. Weren’t the allegations first made known in the ‘90s? Why not bring up all of the people who worked with him between now and then? And b) it’s not like Woody Allen was only allowed to make movies because these specific stars worked with him. It’s on him for doing the molesting, and it’s on EVERYONE who bought a ticket or reviewed it or supported his films in anyway. Ira calling out JT just feels so disingenuous.

PB: Well, the reason why the Woody Allen thing is so easy to call out is because it’s one of the rare cases in which his alleged crimes have been public knowledge for decades, while a lot of the other stuff came as a—woah—surprise! But you make an interesting point, which really highlights the paradox at play here and underscores why how we address these issues will never really be an easy thing to navigate: addressing all the people who supported Allen in whichever way (whether as a colleague, a critic or a fan) and thereby became a part of the larger problem is important, but at the same time results in shifting focus from the actual person responsible.

GH: YES! Woody Allen did the thing! He’s the one responsible! And he’s been creepy for a long time!

I propose a new term: Ally Trolling. We find excuses to drag others for being bad allies, all in the name of virtue signalling. It’s related to concern trolling, only there isn’t real evidence of concern. It’s policing people who haven’t done anything wrong, except for imperfect allyship.

PB: Yes but there’s a reason why aiding and abetting is also a crime. You can’t discount that involvement.

GH: Good point! But as icky as Woody is, he apparently hasn’t been molesting people since he married his adopted step(ish)-daughter (shudder). Which is to say people working with him now aren’t helping with his crime or covering it up, since it’s already happened. But, they are choosing their careers over the desires of the victim.

PB: I think the crime here is more dissolution of our culture and morality than literally harming a victim. And we’re all complicit in that.

GH: I agree with that.

PB: And the worst thing is we don’t realize the effect that our acceptance of these things is having on all the women who view it, either directly (as in Dylan Farrow’s case) or indirectly, as humanity collectively sort of letting them down.

That sounded a bit dramatic, but what I mean is we’re essentially enabling this cultural wound to fester and grow rather than helping to heal and fix it, in whatever little way we can.

GH: I see that. And I think it’s true. It does send a message that we don’t care about victims.

It’s also easy to run into the Incredibles Problem. You’ll recall, if you’ve seen The Incredibles, that Syndome’s plot was to give everyone superpowers. Because if everyone is special, no one is. (which, yeah, I think it’s a little weird that a Pixar movie so clearly espouses Randian philosophy). I always feel the same way when we say things like “we’re all responsible.” We are as a culture, but again, as we’ve both mentioned, let’s not forget there are people who are MORE responsible. And writing articles about how Justin Timberlake didn’t handle the Super Bowl controversy adequately, retroactively judging 2003 JT by 2018 standards, distracts from the real monsters.

PB: Absolutely. I think what makes the reaction to the Woody Allen situation particularly unique is the frustration of knowing that he’s probably never going to be legally convicted of anything, and is never actually going to have to serve a sentence or have to do penance in any tangible way. So in a weird way it almost feels like this is the only justice we’re ever going to see, you know? Which could be part of the reason we’re trying to sort of hold everyone accountable, in the hope that it dissuades celebrities from working with him in the future, which would inevitably diminish his clout and ability to continue to work in the industry. We gotta do what we can. Power to the people!