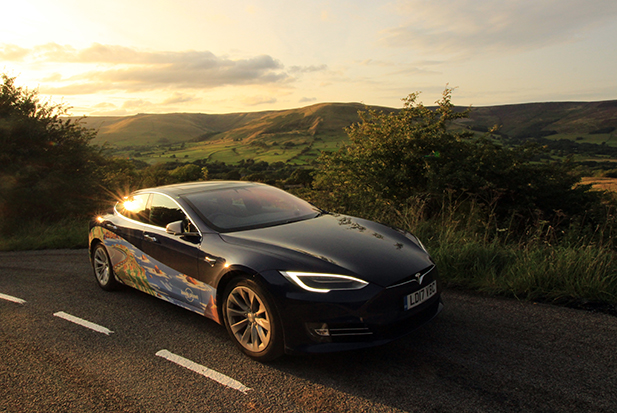 For as long as there have been cars, people have been using them to venture far and wide, relishing the spontaneity and camaraderie found on the open road. But drive for long enough and you’ll notice that traditional cars have undeniable downsides. Eco-conscious travellers will note that they require petrol to go in at one end, and, depending on which one you drive, pump out varying quantities of nasty stuff at the other.

So I wondered if driving an electric vehicle would add a guilt-free glow to adventuring, or would it be riddled with new logistical concerns? On a recent trip through Britain, it turned out my concerns melted away pretty quickly. The car’s guidance system advises you where to charge and for how long, and I found that the urge to detour was stronger in a vehicle that was smart enough to make sure you always arrived with some charge in the battery.

Of course, a road trip is not about getting from A to B, but about the stops along the way. Sure, there are always going to be times when you’re recharging in Charnock Richard service station on the M6, but I was on my way quick enough.

Mooching round the map reveals imaginatively positioned connection points in Cornish beachside hotels, handsome inns in the Lake District and tempting looking retreats in remote corners of the Highlands. I mentally composed the apologetic call home: ‘Yes, I am really in Torridon. What else could I do? There’s a charging point here.’ (That said, I might not have a phone signal to make the call. Some technology moves faster than others.) 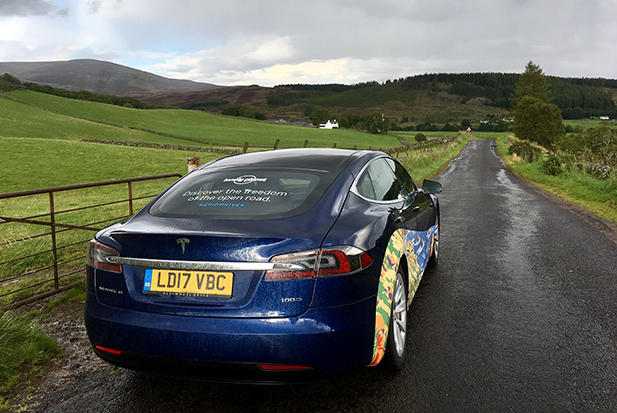 Just when I was struggling to see the downside of a road trip in an electric vehicle I happened upon one. While parked up in the Peak District town of Castleton I was ambushed by a small but persistent band of motoring enthusiasts who asked numerous challenging technical questions about the motor on subjects like wattage, downforce and torque. They also demanded to sit in it, one-by-one, while turning the steering wheel, like three-year-olds in a supermarket Noddy car. The solitude of the open road called a little louder.

Tom Hall was allowed a spin in a Tesla as part of Lonely Planet’s Epic Drives road trip around national parks in the UK.