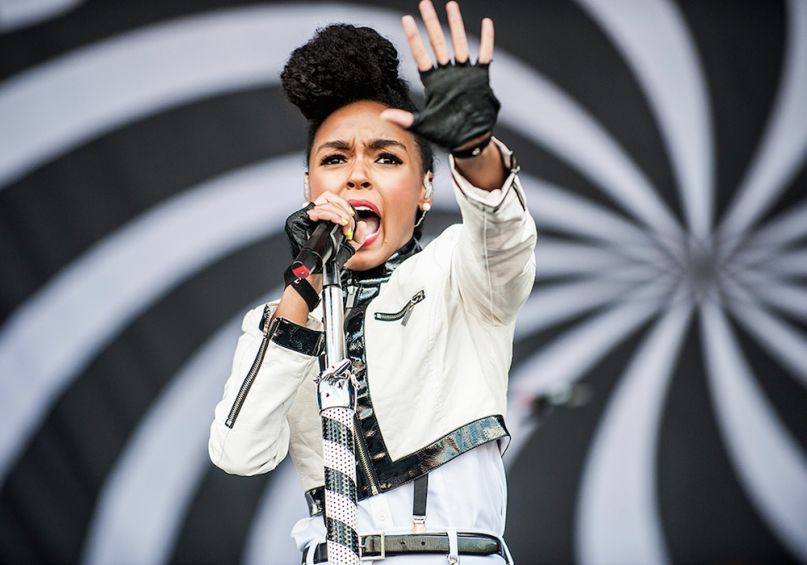 Let’s talk about Janelle Monae’s tribute to the cooch. Not only has she graced us with her new album Dirty Computer, but her two newly released videos “Make Me Feel” and “Django Jane” exude bisexuality and black women’s empowerment, and are sure to get you in the mood. Featuring Tessa Thompson, Moane’s videos express love, scream sex-positivity, and gives the lead monologue to the vag. “Don’t make me spell it out for ya,” just go watch them, baby.

“Nation of Immigrants” Has Been Written Out of USCIS Bill

The US Citizenship and Immigration Services have decided to redefine what “citizen” means, and it has completely eliminated immigrants from the equation. A revised mission has been released that completely pushes out immigrants, getting rid of the language that described the US as “a nation of immigrants,” and removing “citizen” from “immigrant and citizen benefits,” placing immigrants and citizens into two different categories. Read more about the federal agency’s decision to exclude anyone and everyone at Vox.

Ever wonder where Brendan Fraser went? Maybe you didn’t realize our mummy-fighting hero was missing until his most recent appearance in season three of The Affair? Fraser opens up to GQ about how the Hollywood Foreign Press Association president sexually assaulting him, and his decision to leave the film world. Read more of the in-depth interview at GQ.

Oregon finally banned all domestic violence and stalking convicts from owning guns. A similar law was passed in 2015, but a “boyfriend loophole” allowed gun ownership to partners who did not live together, have children, or were not married. Read the full report at The Hill.

You know how in Orange Is the New Black, the women have to buy tampons at commissary? Yeah, that’s reality. Arizona has just announced that the will provide incarcerated women with free tampons, sanitary napkins, and other menstrual products. Read more at ABC, and please support incarcerated women at Prison Fellowship to encourage all states to provide menstrual products to prisoners.

Where Is The Director for Violence Against Women?

Trump still hasn’t nominated a director for the Department of Justice’s Office On Violence Against Women office, and are we surprised? No. But are we angry? Hell yes. Read the full report at The Washington Post.

Yet Another Attack on Women’s Bodies in South Carolina

In case your blood wasn’t boiling already, South Carolina’s state Senate will vote on the “Personhood Act,” a bill banning abortions, birth control, and fertility treatment. The bill was essentially made to overturn 1973’s Roe v. Wade. Read more at Newsweek (also, can we talk about all the young white women standing behind Trump during his anti-abortion speech?).

A Global Study on the Gender Wage Gap

VOX published an in-depth study about the gender wage gap for postpartum women. Here’s a chart and the drastic decline and discrimination against women versus men with children. Read the full story at VOX.

At the age of nine, Taylor Richardson made a GoFundMe to raise money in order to go to space camp. Five years later, she hasn’t slowed down, now raising money to send young girls to see A Wrinkle in Time. Richardson told Good Morning America, “I wanted all girls, especially girls of color, to know they can be whatever they want to be when they grow up and also can struggle and have flaws and still be successful in life.” Read more about this young woman and her truly inspiring story at Jezebel.

You go girl! via giphy

How The U.S. Prison System Is Failing Trans Prisoners — And What Needs To Change

Yes, Even Fonts Can Be Feminist

PLAG Presents Is Creating Safe Spaces For The Non-Binary Community

Emalani Artiss is a recent Sarah Lawrence College grad with a personalized major focusing on the study of women and bodies in media. Her work embraces the weirdness and wonders of womanhood & is most often inspired by people she sees on the subway.