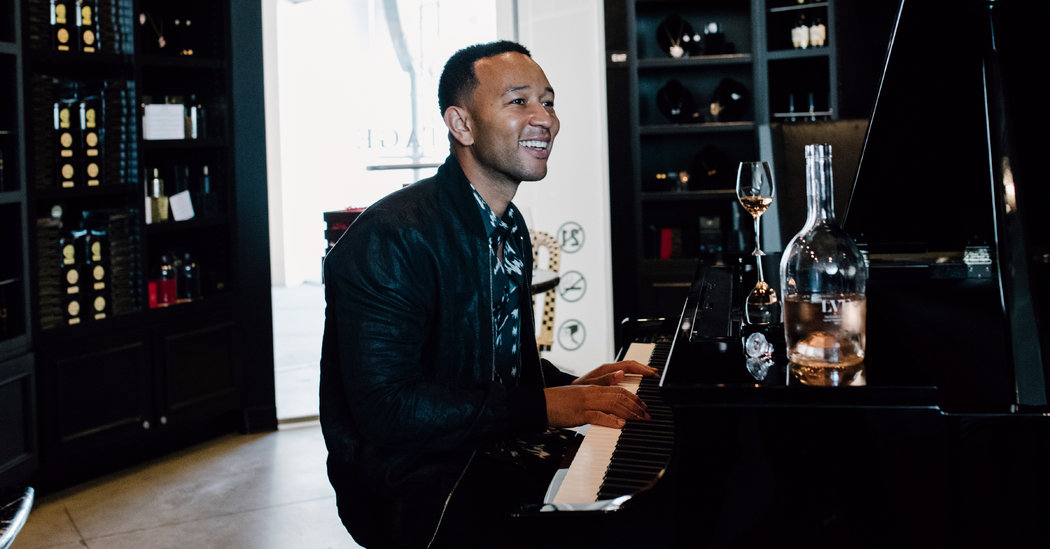 “A lot of times, D.A.s run unopposed, people vote for whatever is on their side, party-wise, and they don’t care or pay attention,” Mr. Legend said. A waiter offered him more rosé and he politely declined. “So we decided, ‘Let’s pay attention!’ Some of them are doing a great job, some of them could be a lot better if they were held accountable, and if they don’t want to change, we’ll make sure we find someone else who can run against them.”

Sometimes Mr. Legend’s many worlds collide. Hours before the Malibu wine tasting, President Trump had commuted the sentence of Alice Marie Johnson, a first-time nonviolent drug offender, in part because of an in-person plea from Kim Kardashian West.

Mr. Legend frequently disparages Mr. Trump and his administration on Twitter (note his Father’s Day tweet to Paul Ryan). He also counts Ms. Kardashian West and her husband, Kanye West, among his friends (Mr. West hired Mr. Legend to sing on his tracks early in their careers). Did the confluence of friend, enemy and action make Mr. Legend re-evaluate his approach to this administration?

“My thought is, he’s our president right now,” Mr. Legend said. “He has power, and he can use those levers of power for good or he can use them for evil. To the extent that meeting with him and taking a photo or whatever you do with him can be used as leverage to improve people’s lives, that’s a good thing.”

“Kim did a good thing by getting a pardon for that woman,” he said. “If we really want systemic change, though, we’ve got to convince the people in power like Sessions, like Trump, to change policy rather than granting these things on an ad hoc, celebrity-focused basis. Right now it feels like a cross between a casting of ‘The Apprentice’ and a signal to the people who might testify against him, his pardoning strategy.”

A white-haired man in a baseball cap walked up to Mr. Legend. “I’m sorry, I overheard you, and that speech was epic,” he said, thrusting out his hand. “Your wife is magnificent, too. What beautiful children you make.”