Home Music Josh Rouse On His Slick New Record: “What Do I Have to Lose, Really?” 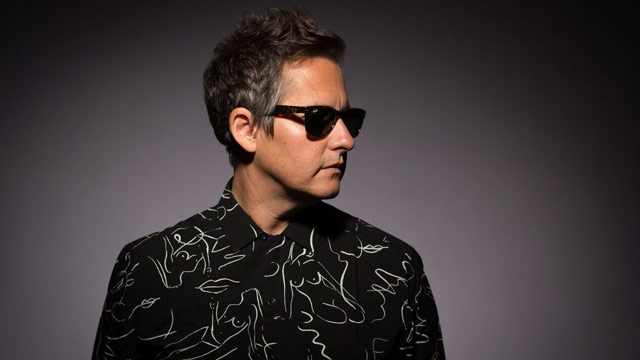 Josh Rouse On His Slick New Record: “What Do I Have to Lose, Really?”

On his 2015 album, The Embers of Time, singer/songwriter Josh Rouse found himself in a moment of deep introspection and self-examination, openly expressing his self-doubt and reckoning with depression. His latest, the four-star Love in the Modern Age, takes a completely different tact. Rouse decided it was time to set aside the acoustic guitar and embrace the slick synthesizer sounds he recalls from his formative years in the 1980s, resulting in an album of electronic-based pop that doesn’t shy away from fearless romanticism, while leaving room for some sultry saxophone passages.We spoke with the re-pat — he recently relocated to Nashville after spending over a decade in Spain — about the decision process that led to the sound of the new record, the hardest parts of living abroad, and how Robert Plant casually let it slip that he was considering covering one of Rouse’s songs.

AllMusic: Your last record was very much about a specific mood at a specific moment. Did you go into this record with more of a broad approach?

Josh Rouse: I wasn’t sure, really. I had quite a few songs and some different directions I was going in, so it took a while to say, “OK, I’m going to go down this path,” as far as the songs I was going to do and the production I had started on the songs. I had more material than I’m used to having, and it took the same amount of focus, but I wasn’t sure which path to go down.

AllMusic: What ended up nudging you in the direction you took?

Rouse: The production and things on my last few records have been acoustic guitar based, so I thought, “Well, let me do some songs that were started and written in a different way and put something different out this time.” Lyrically, they’re just little snapshots, little stories, it was definitely a departure from the last more personal record.

AllMusic: Did it feel natural or a little like putting on a costume?

Rouse: At first it feels a bit different, but now that I’ve lived with the songs for a few months, I’ve said, “This works, this is cool.” When I make records, I put too much stuff in, and then I take it out, and this time I felt like everything that was there felt good.

AllMusic: What do you mean by “too much stuff”?

Rouse: Too many layers, too many instruments, too many sounds, different keyboards, different parts that I just tried to strip down to a bass and drum groove and leave the vocal up front. Longer reverb is a thing on this record, I got into some of those 80s reverbs, which are fun.

Rouse: Yeah, I’d never done that, and it’s fun, it made me smirk, so I said, “Let’s just do that.” It’s something you’d hear on Lil Wayne or something like that, and to me it just sounded modern and made me laugh a little bit.

AllMusic: When did you make the leap from “this is funny” to “I’m putting this on my record”?

Rouse: It’s more like, “What do I have to lose, really?” It’s not like I’m selling millions of records. I was just thinking that everyone’s tastes change on what you consider good, what I consider good, and I liked a lot of things that are still around back when I was in high school, and some of it I look back and say, “Wow, I took that seriously at one time,” like metal bands in the 80s, that stuff was popular in small town America, where I’m from.

AllMusic: “What do I have to lose” sounds like a fun mode to be in.

Rouse: You wonder if your fans are going to go, “OK, what’s this?” which has happened to me a bunch of times already. This is my twelfth record, so I’m not just coming out and being precious about that, I’m having a good time writing songs that hopefully I’ll still like in five years, at least a couple of them from the record.

AllMusic: That’s an attitude you wouldn’t have had at the start of your career.

Rouse: Yeah, definitely when I first started, I was really precious and really driven, even when I was making the 1972 record and we started putting flutes and saxophones and stuff on, I was like, “Whoa, whoa, whoa, I don’t know if I want all that stuff,” and now that I look back at it, I love it, I think it’s great. I felt that way about the vocoder or synth sounds and things like that.

AllMusic: There are also some big saxophone moments here, like “Businessman,” which is a song with a lot going on.

Rouse: It sounds like it, but there’s not, really. When I’m singing, there’s not a lot going on. There are more sounds that we put in that I had to strip back. I was listening to the MGMT record that just came out, and I hear that and go, “Wow, they left everything in there,” which I like a lot, but I tried to strip it back as much as I could to where the song worked. When I first started, I had Leonard Cohen‘s I’m Your Man record in mind as far as some female backing vocals repeating what I’m saying and some synths. Whether they’re cheesy or not, I like that. When I was a kid, I probably wouldn’t have liked it.

AllMusic: When you encounter other musicians you admire, do you try to engage with them?

Rouse: I don’t say hi. I’ve done it before, and I learned that most of the time just, “Hey, nice to meet you,” is it, but other times you’re better off not saying anything. I did just have a great experience with that, though, back in November, I was playing in Glasgow and Robert Plant came to the show. We actually hung out and he said, “Hey, I almost recorded one of your songs.”

Rouse: “We were this close to cutting it for the Raising Sand record…” And that sold like five million records, I was like, “Dude, you could have changed my life, I wouldn’t be worried about if I could check an extra bag on the next tour.” That was a good experience as far as that goes, him being there and not me going, “Hey, Robert…”

AllMusic: Did living in Spain put you in a different mindset?

Rouse: The first couple of years I was a bit more snobby when I’d come back to the States, I’d be like, “Look at all the TVs everywhere, just media coming at you all the time.” There are TVs in Spain, but you just get less of that, you don’t have a screen coming at you all the time, selling you something. I don’t notice it that much now, so much time has passed. It definitely opened my eyes and now anything goes.

AllMusic: What’s the toughest part about leaving the country?

Rouse: The biggest thing is the loneliness. If you don’t speak the language well, you don’t understand the inside jokes of the culture, and that can make you feel isolated. I didn’t grow up there, it’s like if a Spanish person comes here and me referencing Welcome Back, Kotter and they don’t get it. There are those little things that you don’t realize are in everyday life, everyday conversation, that people get, that’s the thing you miss.