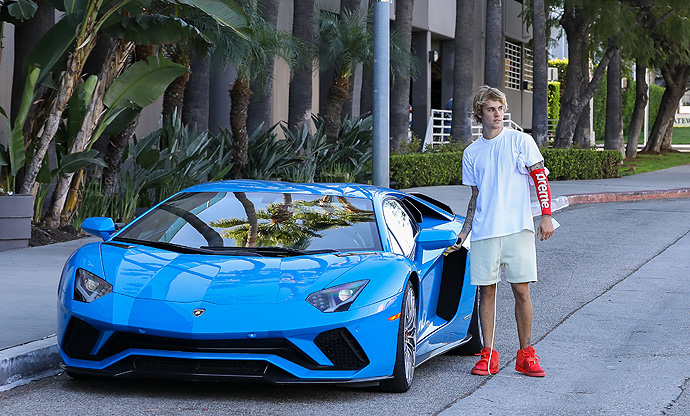 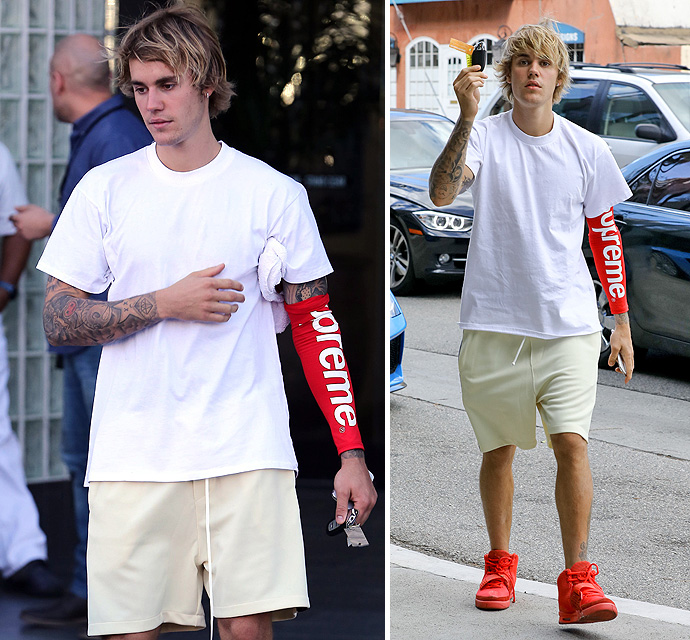 Justin Bieber can hardly stand how cool he is! The singer sported a Supreme arm sleeve today — which isn’t exactly discreet — and some matching vintage Yeezy Nike Red October high-tops.

Biebs may have been making more than a fashion statement — he may have been supported his pal Kanye West in the rapper’s recent trademark filing for “Red October” — a reference to his 2014 design. Of course Ye’s now signed with competing shoemaker Adidas, so if he succeeds in getting ownership of his old shoe name, there could be some new RO designs for the three-stripes brand. And just for some context, in case you don’t know … these 4-year-old shoes resell for $10,000 and up!

Background – JB was at Equinox gym in Beverly Hills before we spotted him leaving in his blue 450,000-dollar Lamborghini Aventador. And when he hopped (or ducked, as it were) into his ride, he started texted up a storm before he pulled away. Likely SMS’ing Selena Gomez who’s arrived in New York today for Fashion Week. She had an immediate bit of drama as she touched down in the Big Apple — a fender bender! Biebs was probably checking to see if she was okay. In fact, we asked him about his protective nature with Selena … watch!

The Most Amazing Names Of Celebrity Children

Furilia is your inspirational, 21 Century female lifestyle magazine bringing the world to your digital device

Without Many Words! 9 Ideas of Such Cute and Creative Cards that Are Easy to Make Yourself

30 Delicious Vegan Desserts For Any Occasion

Each of us has collected something at least once in his life.

The Most Amazing Names Of Celebrity Children

The name is the most important aspect of any personality. Every name

Dreamed of getting to a concert by Amy Winehouse, Whitney Houston or

What happened in the world of show business over the

Each of us has collected something at least once in